Lightning jump might give warning of violent weather before radar can 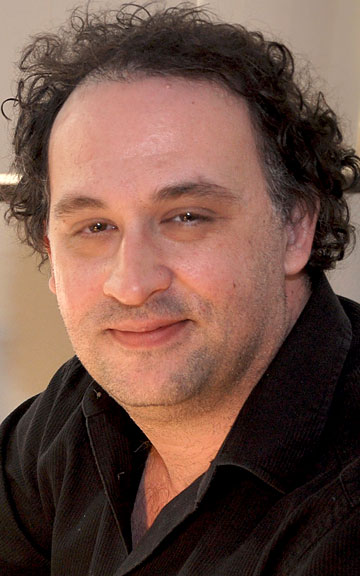 ATLANTA, Ga. (Feb. 3, 2014) — A sudden increase in lightning strikes inside a thunderstorm might one day soon give forecasters five to 20 minutes of additional warning that a storm cell is about to produce violent weather.

"The current severe storms warning system is based on radar reflectivity," said Dr. Themis Chronis, a research associate in The University of Alabama in Huntsville's Earth System Science Center. "But this lightning jump typically precedes the trigger point for reflectivity by from five to 20 minutes, so we could have that much more time to issue warnings."

Several oral presentations and a poster on related lightning research in UAH's ESSC will be presented this week during the American Meteorological Society's annual meeting at the Georgia World Congress Center in Atlanta.

The rapid jump in cloud-to-cloud lightning inside thunderstorm cells is related to horizontal rotation in a storm being tilted on-end upward inside a storm cell, according to Dr. Larry Carey, an associate professor of atmospheric science and one of the leaders in UAH's lightning research team.

The upright rotation enhances updraft and, "a strong updraft is prerequisite for most high impact weather, including hail, microbursts, straight line wind and tornadoes," Carey said. "With the strong updraft you get hail, small ice and super-cooled water. Those are the three ingredients. Once you have those, you have electrification."

That increased electrification as the updraft intensifies causes a rapid increase in the number of lightning bolts, which can be counted and tracked to a specific storm cell using both ground-based instrument arrays or instruments on satellites.

The jump shows that a storm is rapidly developing. It says, 'We need to pay special attention to this storm because the probability of severe weather has just gone up dramatically.' If you are a forecaster watching storm cells start to pop up, among the cells that pop up the one that has the lightning jump first, that's the one you should be paying attention to.

While the lightning jump is good at indicating which storms are building, it is not good as a tool for forecasting specific weather events. The strongest correlation is between a lightning jump and hail, said Chronis. "But a jump is not a random value that comes from nothing."

While a lightning jump — which can double or triple the number of lightning strikes in a particular storm cell — might not foretell a specific severe weather event, detecting those jumps might help forecasters identify which specific storm cells should be more aggressively probed with Doppler radar.

"The jump shows that a storm is rapidly developing," said Carey. "It says, 'We need to pay special attention to this storm because the probability of severe weather has just gone up dramatically.'

"If you are a forecaster watching storm cells start to pop up, among the cells that pop up the one that has the lightning jump first, that's the one you should be paying attention to." 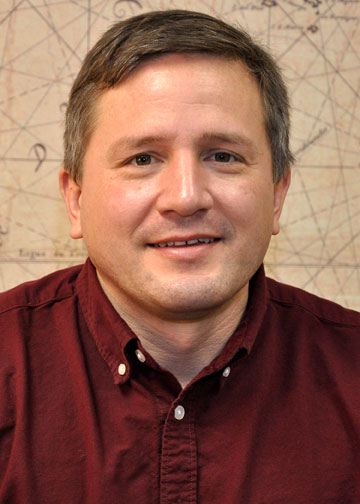 In addition to trying to better understand the physics of what is happening inside these storm cells, the UAH team is also conducting several tests of a forecasting algorithm developed and refined at UAH. They are trying to develop a computerized tool that might take in the real time lightning data and automatically recognize a significant lightning jump, rather than depending on human forecasters to pick the jump out of the busy and highly random reports of lightning flashes.

"We are trying to reduce the false alarm rate," said Elise Schultz, a UAH research associate who is testing how well the algorithm might work based on lightning flash counts by an optical sensor on the next NOAA weather satellite, GOES-R.

"We can follow a storm cell as it moves," she said. "But they can split, so now you have to follow two storm cells and the lightning counts for each cell. Cells can also merge, in which case the question becomes, are we seeing an actual increase in the flash rate or just two storms suddenly counting as one?

"And we want this entire system to be completely automated, so it's a pretty challenging project."

While Carey and his team expect their lightning count data to one day be integrated with radar in the U.S. severe weather warning network, the lightning data gathered by the new Lightning Mapping Array when it is launched aboard the GOES-R satellite might also have value for meteorologists and aviators throughout the western hemisphere.

"By definition, lightning is very good at indicating the presence of thunderstorms," Carey said. "If we have satellite data showing us where lightning is active, we can use that as a proxy for radar data to help us track storms.

"In the U.S. and other places where aviation and weather radar is common, the lightning jump data could be an excellent tool for giving pilots an early warning that turbulence is building in a specific storm cell. But we can also use that information like radar in places where you might not have radar."

With lightning sensors scheduled to be launched aboard two U.S. geostationary satellites, and aboard both European and Chinese weather satellites, pilots worldwide might soon find a new tool for tracking turbulence and severe weather even in the most isolated places on the planet. 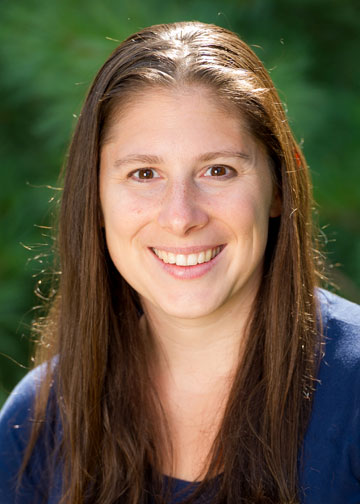 "There is not a one-to-one relationship. It's way more complicated than that," said Chronis. "Tornadoes are very rare, while lightning is very frequent."

In fact, the most violent outbreak of tornadoes in recent history was accompanied by abundant but not extraordinary lightning. According to data from the North Alabama Lightning Mapping Array, there were more than 10.3 million lightning strikes within 300 miles of Huntsville during the April 27, 2011, storms that spun out 62 tornadoes that touched down in Alabama.

But North Alabama's busiest lightning day for 2011 was on Aug. 4, when a storm system generated 16.3 million lightning strokes — and no tornadoes in Alabama.

The lightning jump research at UAH is supported by NASA and by NOAA's GOES-R Risk Reduction Research program, and is in collaboration with NOAA's National Severe Storms Lab, NASA SPORT, and the University of Oklahoma's Cooperative Institute for Mesoscale Meteorological Studies.

A complete list of the 50 oral presentations or posters being presented about UAH research at the AMS conference is available online at: http://nsstc.uah.edu/atschair/AMS%20Speaker%20Schedule.pdf