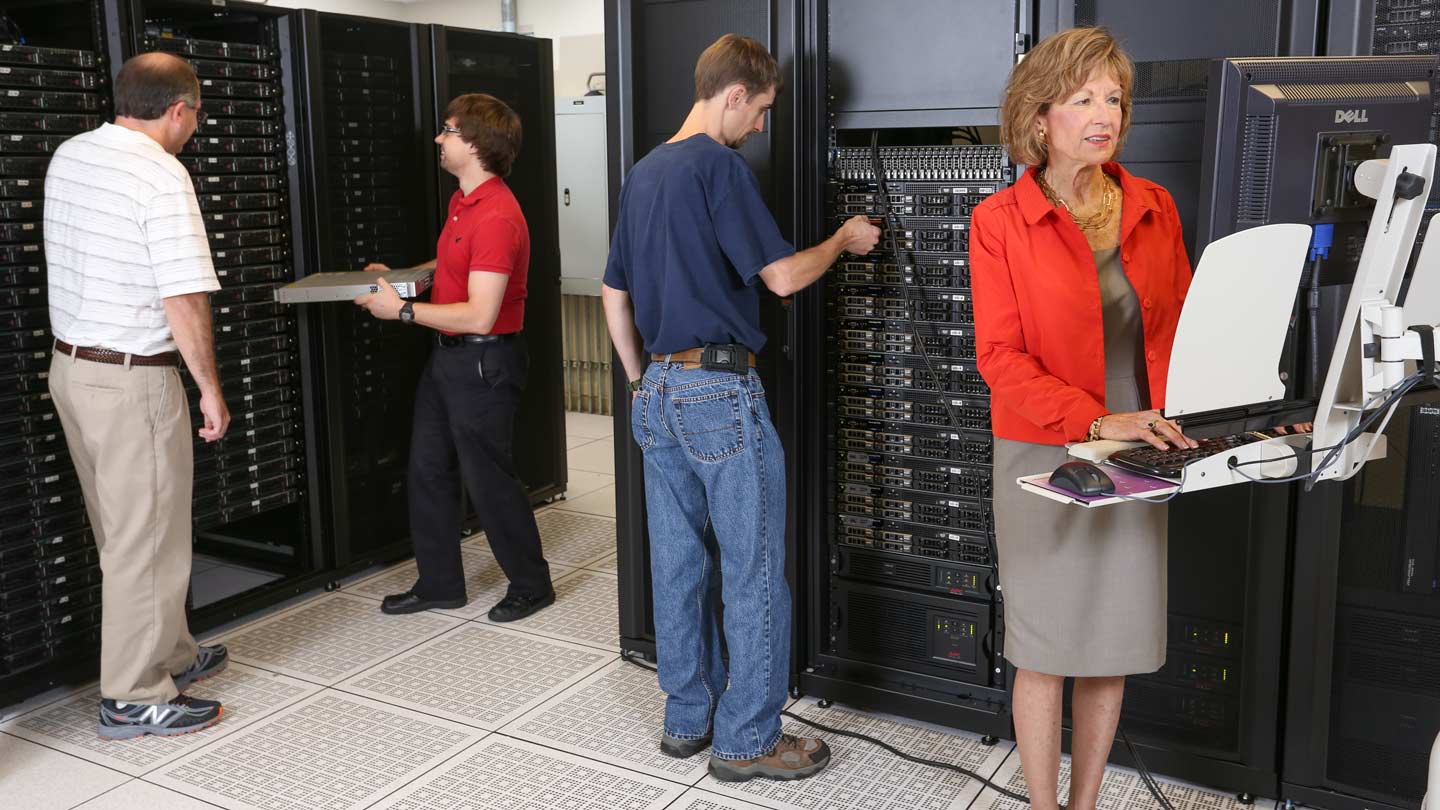 It takes all these terms and many more to describe what UAH’s Information Technology and Systems Center (ITSC) does, but there’s an easier way to look at it, says the center’s director, Dr. Sara Graves.

"All of this is centered on trying to help others – scientists, engineers, policy makers, businesspeople – use the huge amounts of data they have," she says. "We help them with analysis, and that’s really key. Today, a researcher can have mountains of data, petabytes or millions of gigabytes available. But what do you do with all of it? How do you work with it to find the answers to the questions you have?"

Dr. Graves has been director of ITSC since its founding 20 years ago, and is also a UAH computer science professor and University of Alabama System professor. She and the ITSC team work with government, industry, academia and other researchers around the world to collect, organize, move, share, analyze and secure their rapidly growing amounts of data – facilitating the high-tech alchemy that turns bits and bytes into knowledge.

"There is a very collaborative spirit among our group , who have the information technology expertise and skills, and the end users, whether they are scientists, government leaders, executives or the general public," she says.

On any given day, ITSC researchers can be found working with lightning, hurricane and hazardous weather data in the Global Hydrology Resource Center, a NASA Earth Science Distributed Active Archive Center managed by the Earth Science Office at NASA’s Marshall Space Flight Center and the ITSC. Or in the Data Mining Laboratory where, among other advances, they created ADaM – the Algorithm Development and Mining system now helping scientists around the world sift through large amounts of data.

The ITSC assists defense agencies with creating high-fidelity gaming, models and simulations; is pioneering new tools and uses of geospatial data with government and commercial interests; runs a High Performance Computing Laboratory to support scientists with large volumes of any kind of data; and the Collaborative Technologies Laboratory, where researchers develop new tools to manipulate, mine, manage and share information – tools like Spyglass, which can quickly search and index libraries of text documents.

Among other research, the ITSC is involved in developing event-based technologies that can automatically deliver defined types of data from multiple sources about an event to the people who need it. During an earthquake or tornado, emergency management agencies could get a more complete and quick picture of where to allocate resources using integrated information from satellites, publicly available data, amateur radio operators and even social media. That requires analytics, and the ability to integrate the information from one source with other forms of data.

"We are a very interdisciplinary research center, and we’re creating technologies that can be used in a lot of different applications," Dr. Graves says.

She points out that many of the scientists at ITSC, who are helping others manage and mine the data essential to moving their research forward, are also top researchers themselves.

"So when somebody comes to UAH and says they are very interested in developing a pipeline to our students, I say sure, but don’t forget our expertise in research scientists," Dr. Graves says. "That’s really unique at UAH. A lot of our researchers here at ITSC also teach, and not just in computer science, but in Earth science, mechanical engineering and other fields."

"Working with students and sharp people, constantly trying to help someone do something? It’s very tough work, but it’s so much fun," Dr. Graves says with a smile. "We never have any dull conversations."