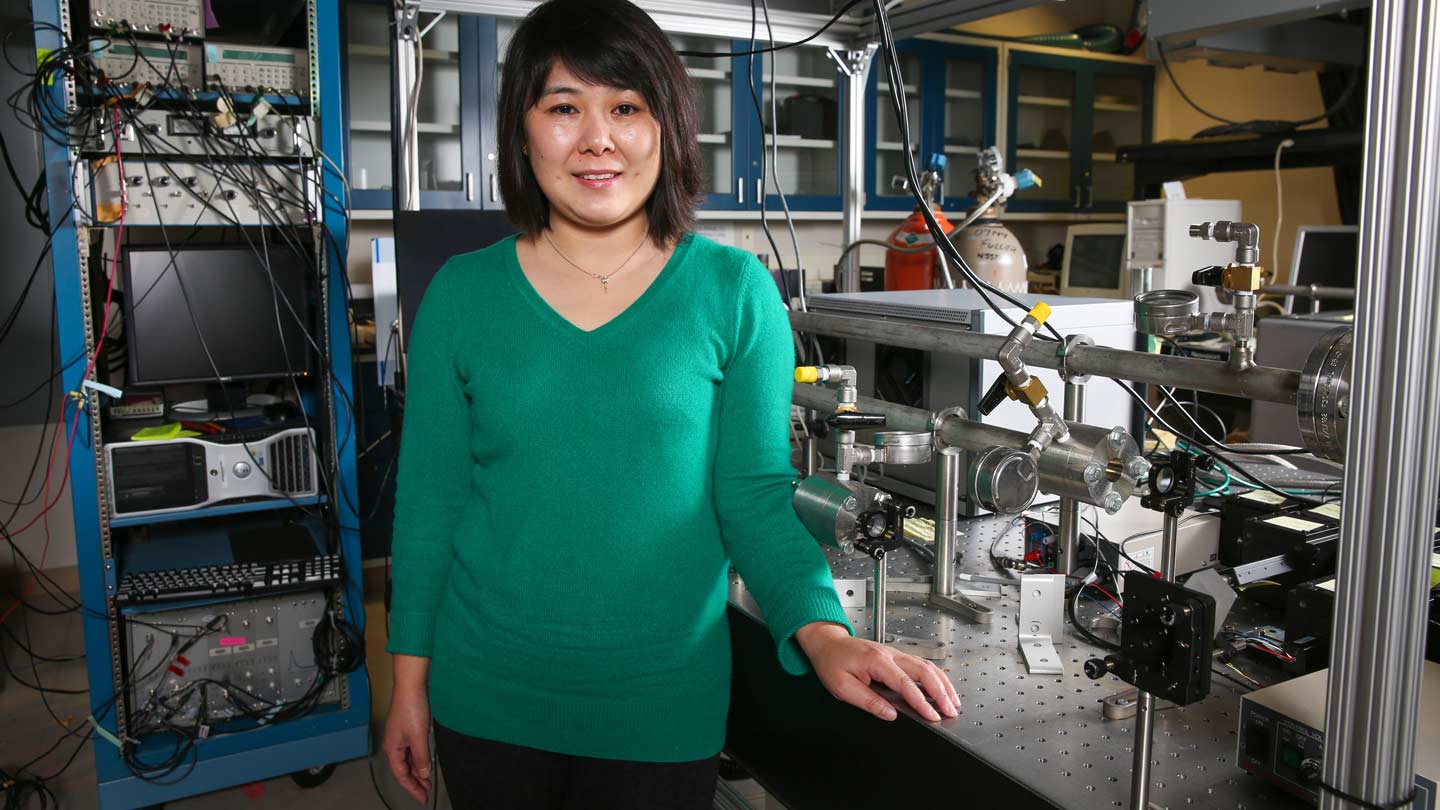 Scientists at The University of Alabama in Huntsville (UAH) have used UAH's Rocket-city Ozone (O3) Quality Evaluation in the Troposphere (RO3 QET) Lidar to measure ozone that was chemically produced by summertime lightning over the United States, research that could be important to air quality prediction and assessment once it is developed further.

"This is the first time in the United States that we have used high-resolution Lidar data to determine lightning's impact on tropospheric ozone," says Dr. Lihua "Lucy" Wang, a UAH Earth Systems Science Center (ESSC) research associate who was the lead author of a research paper on the team's findings.

The ESSC team used data from a Lidar facility on the top floor of The National Space Science Technology Center (NSSTC) in Cramer Research Hall, one of just five such atmospheric Lidar facilities in the U.S. and about 15 worldwide.

We are investigating the processes that influence the ozone production. There are still many uncertainties in this research that we are trying to improve upon.

Lidar uses a laser beam to collect data, so it is effective only during clear conditions. Vaisala's U.S. National Lightning Detection Network (NLDN) monitors total lightning activity across the continental United States, 24 hours a day, 365 days a year. The UAH team estimated lightning nitric oxide (NO) emissions based on NLDN observations, measured the resulting ozone created by the lightning downwind of the storms, where clear conditions allowed Lidar to function and quantified the ozone enhancements due to lightning.

Tropospheric ozone - a greenhouse gas and the kind that affects the air we breathe - can increase in concentration because of atmospheric conditions, or can result from human activities. In the winter, intermixing of stratospheric ozone with the troposphere in a process called Stratospheric Tropospheric Exchange (STE) is the chief means of ozone transport into our air, but Dr. Wang says in summertime that process subsides and lightning bolts create significant ozone enhancements in the middle to upper troposphere, particularly in the Southeastern U.S.

"In the troposphere, ozone is considered a bad gas," says Dr. Wang. "It can worsen bronchitis, emphysema and asthma." If ground-level ozone exceeds 70 parts per billion, the U.S. Environmental Protection Agency issues an air quality advisory.

"We are investigating the processes that influence the ozone production," Dr. Wang says. The first Lidar measurements of lightning-generated ozone have opened a door to further research. "There are still many uncertainties in this research that we are trying to improve upon."