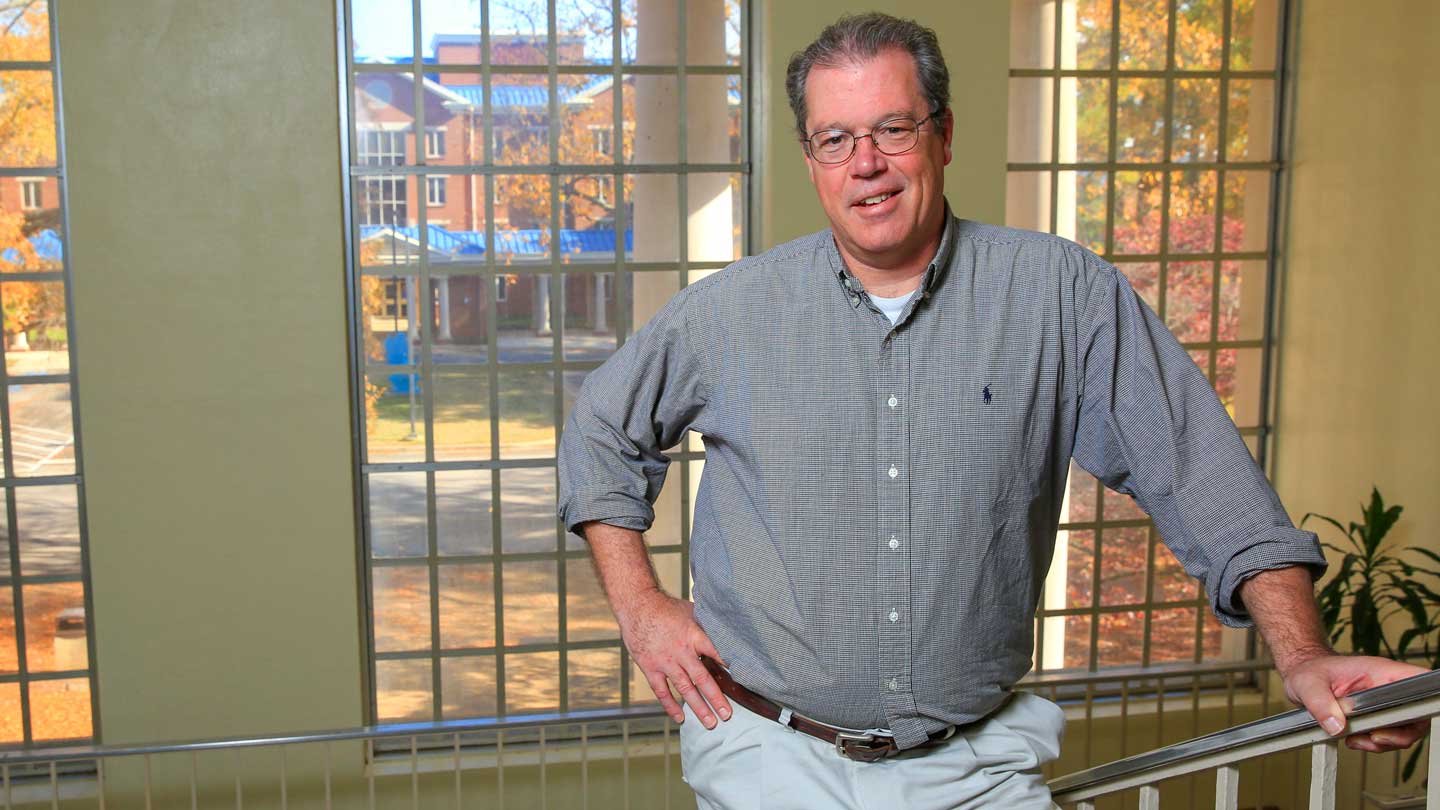 Dr. Andrew Cling’s research indicates that having an ideal can play a role in acquiring new information that makes our beliefs valuable.

What changes mere belief into knowledge? Knowledge requires reasons, right? And we should have reasons for our reasons. Right?

But research by a University of Alabama in Huntsville (UAH) associate dean of liberal arts and professor of philosophy indicates that the idea that we stack up reasons to underpin our body of knowledge leads to an endless sequence of reasons: either a circle of reasons or an infinite regress. That's the regress problem: if reasons always require reasons, it seems that having good reasons is impossible. So the ideals and aspirations that play integral roles in our self-image may be impossible.

"The traditional belief is that knowledge is belief that is true and supported by good reasons, that we should think of knowledge as being a building that is supported by certain foundations, and reasons are those foundations," says Dr. Andrew Cling. "Of course, any questioning second grader can make trouble for that view simply by continuing to ask the question, 'Why?'"

This fact about reasons raises questions about human intellect, humility and skepticism and how they play a role in assessing what we can reliably call our knowledge.

When reasons give out, your exasperated mother may have told you, "Because I said so!"

One way to think about it is, I am interested in the question of what we have to have in order to have knowledge.

But if this system always breaks down under questioning, which is a well-known philosophical paradox, what other processes could be informing knowledge? Here is where ideals may help the process, as author Louisa May Alcott believed.

"Far away there in the sunshine are my highest aspirations," Alcott wrote. "I may not reach them, but I can look up and see their beauty, believe in them, and try to follow where they lead."

Dr. Cling's research is exploring how ideals may pull us along in acquiring better beliefs despite the fact that we cannot have the "fully transparent reasons" our ideals require. "It seems to me that our ideals are connected in some intimate way to who we are."

En route to writing a book on the subject, he's researching spaces that exist between a range of theories that are as old as philosophy itself and as new as 20th century thought on the subject.

"One way to think about it is, I am interested in the question of what we have to have in order to have knowledge," Dr. Cling says. "I'm exploring the conditions under which we could have knowledge."

He mentions the Gettier problem, named after American philosopher Edmund Gettier, which is about whether true belief that is supported by faulty reasons is knowledge. Gettier showed that there seem to be cases of justified true belief that are not cases of knowledge. So they are not the same.

"My take on the inability to solve the Gettier problem is that we don't even know what knowledge is," Dr. Cling says. "But being able to identify cases of knowledge is a different matter from having an answer to the question, 'What is knowledge?' In fact, I think there are different kinds of knowledge depending upon the kinds of reasons we want to have in different cases."

What makes the exploration of different accounts of knowledge difficult is that there are different end results desired when an individual seeks knowledge.

"Most of us want the kind of freedom that comes from being able to control our own thinking, but my research indicates that's impossible," Dr. Cling says. "So then, what is it to have good reasons for our beliefs? Consider a related question: what would it take to be the world's fastest human? I 'know' what it would take, and that would be to beat Usain Bolt's world record times. I also 'know' that I can't ever do that because of my physical limitations."

"I 'know' it's impossible for me to run like Usain Bolt, but it could benefit me to aspire to do so. So even though I recognize that the ideal of attaining the kinds of reasons knowledge requires, it benefits us to aspire to get them."

Even though the ideal is never reached, an athlete who aspires to run faster than Bolt gathers tremendous, reliable physical and mental benefits as a result of pursuing the effort.

"I think this kind of case helps to make sense of the ways we think of ideals across a range of human experience," Dr. Cling says.

He's interested in the interplay of reasons, ideals and beliefs in the process that leads us eventually to say we know something and that there are reasons we believe it to be true, even though our reasons themselves run out and are not infallible.

The cynic says that ideals are just a façade that facilitates the gathering of knowledge by other means, while the idealist says ideals play the major role in that process.

"I find myself somewhere in the middle on this," Dr. Cling says. "While we do strive for our ideals, we are often hampered in attaining them by our own human limitations, including selfishness and fear. Of course, our inability to have reasons for all of our reasons is a tougher limitation."

Dr. Cling's been asking questions about this problem since 1980, and wrote his first research paper on the topic in 1993.