High school students get excited about STEM at UAH event 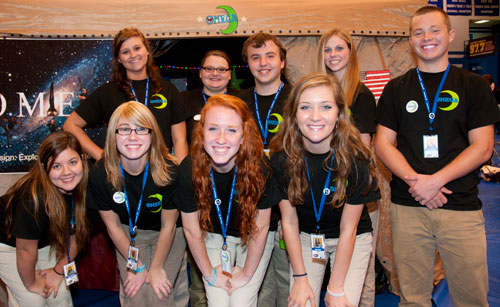 Providing students an avenue to explore Science Technology Engineering & Mathematics (STEM) fields by challenging them with a space project was what it was all about when 215 area high school juniors and seniors competed in six divisions at InSPIRESS, held at Spragins Hall on The University of Alabama in Huntsville campus on Monday, Dec. 10.

The competitions are sponsored by the NASA Discovery/New Frontiers Office and coordinated by Dr. Matt Turner and Dr. P.J. Benfield, principal researchers in Modeling & Simulation, and Dr. Phil Farrington, a professor on the Industrial Systems Engineering faculty.

Student teams explore STEM fields by competing to design a spacecraft payload to travel to a planetary body.

“The objective of the competition is to give the students some idea of what it is that scientists and engineers do,” Dr. Farrington said.

The high school student teams are challenged to design a 5-kilogram scientific payload to be included on a spacecraft designed by UAH students in the Integrated Product Teams Senior Design Class. The spacecraft for this competition would travel to Ganymede, a satellite of Jupiter and the largest moon in the solar system.

Teams spent a semester planning their payload, and their progress was twice reviewed in that period. At the InSPIRESS competition, entries are judged on each team’s final report, the displays presented, and on the presentation each team makes to a NASA and industrial review board. Winners in the past have traveled to Washington, DC, to present their project to Jim Green, director of the NASA Planetary Science Division. 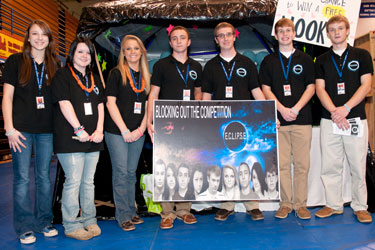 Competitors at InSPIRESS ­– an acronym for Innovative System Project for the Increased Recruitment of Emerging STEM Students   – were students enrolled in either an engineering or science class at their high school. The event got its start in spring 2010 with 27 students from two high schools participating. During a 2010-11 encore, 150 students from eight high schools competed. Last year, there were 400 from 20 high schools competing in two rounds held. This year is on track to have well over 400 students in two InSPIRESS rounds from 17 high schools.

“What we saw was a lot of excitement by the kids about math and science,” said Farrington. “They’re getting to realize that they have the skills to be able to do this.”