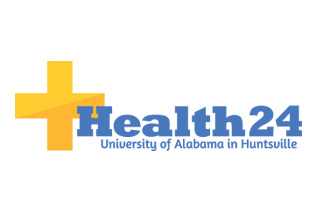 HUNTSVILLE, Ala. (December 3, 2013) - A University of Alabama in Huntsville (UAH) programming team's Health24 product that translates prescription drug information into any language so it is accessible to immigrant populations has won the Popular Choice Award at the America's Datafest global competition.

"We are all very excited and proud to have won the Most Popular Award in Americas Datafest," said project lead Josh Jones. "The positive feedback we received shows us that this is an application people think would be useful, and this definitely motivates us to invest more development time to improve it."

The UAH team grabbed the most online votes to win the Popular Choice Award. The team previously won the America's Datafest grand prize in regional competition at Auburn, earning it $1,000 from Alabama Media Group and the opportunity to compete for the global prize.

Team members Josh Jones, Jarrod Parkes, James Parkes, Mini Zeng, Prabhash Jha and Ha Giang built a set of products they call Health24 that can translate medical labels and information. It includes a list of popular medicines sorted by common symptoms, translatable into any language; a searchable database of medicines that lists interactions; and a translation tool that works from photos of medicine instructions.

"There are many features we wanted to add before but just didn't have the time, as the entire application was developed in under two weeks," Jones said. "We want to add the ability to allow the user to speak in their native tongue and have the audio auto transcribed and translated. We will need to consider getting a non-research license to use Google's translate API as this grows, as well as a better server setup."

The positive feedback we received shows us that this is an application people think would be useful, and this definitely motivates us to invest more development time to improve it.

"In the future, we are planning to add some suggestions to the user regarding the medicine," said Jha. "Not only translating the content of medicine label, but suggesting the popularity of that medicine, other similar type of medicine, dosage and precautions, statistics from the number of users using the same medicine and our app, a reminder for taking pills, feedback and suggestions for further steps.

"In the visualization section, they can search in the map for persons who are having similar symptoms, what medicine they are taking, how many are active and statistics of all relevant patients, like how long it took them to cure and some sort of history," Jha said. "Visualization may also display the statistics such as epidemic areas, allergic areas caused by pollen grains or others, and suggestions to the current user will be provided based on their surroundings as well. It's certainly not a replacement for any medical facility but it will make the user more aware of their health condition. It will certainly help cases when migrants don't go to hospital. With this, they can have primary medical suggestions."

The team is already contemplating financing for the next stage. "Some of the team members mentioned looking at Kickstarter, though we won't know for sure how we will proceed until our next team meeting," Jones said.

A video about the product is here: