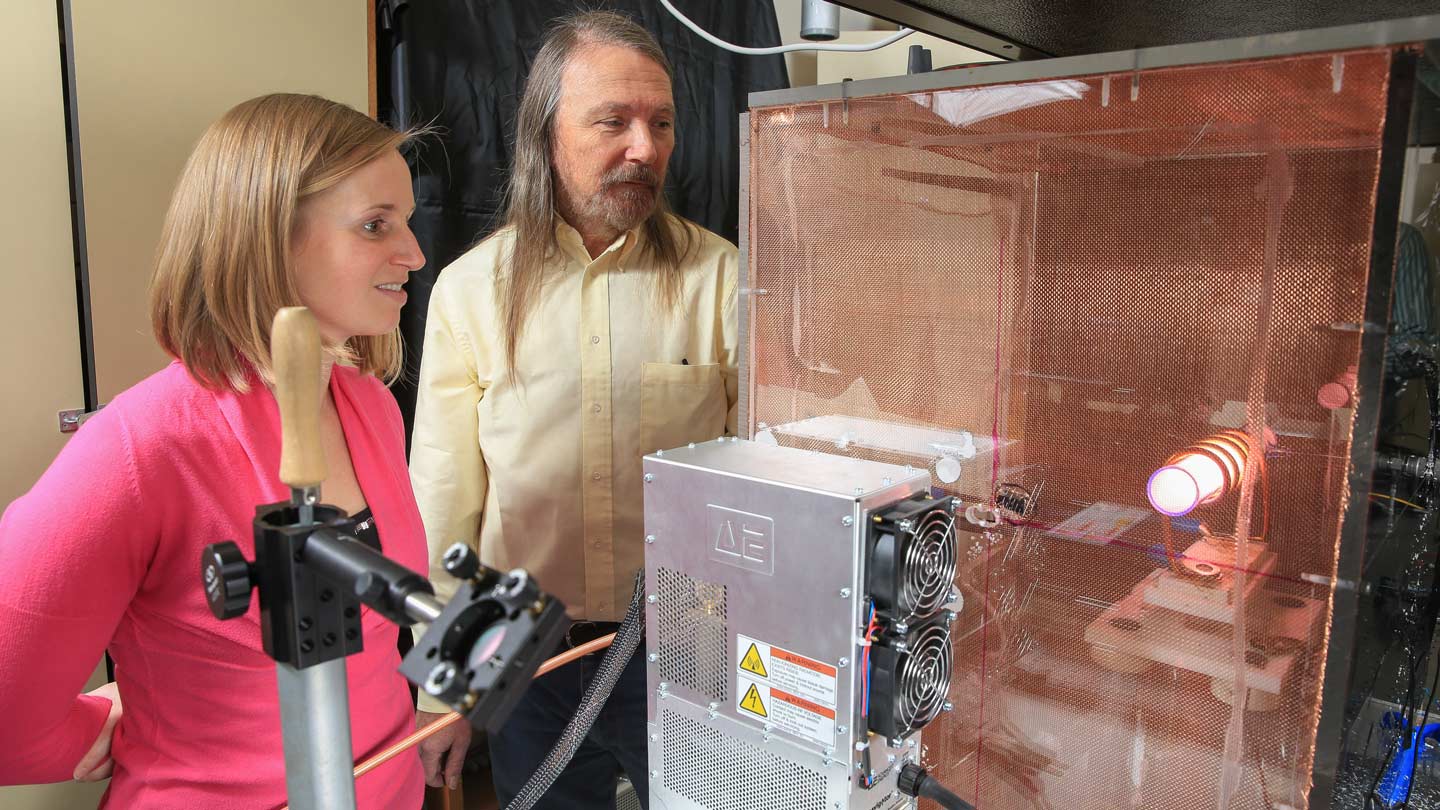 A University of Alabama in Huntsville (UAH) student landed a $400,000 competitive grant from the Dept. of Defense High Energy Laser Joint Technology Office (JTO) for a team effort to develop and test diode-pumped xenon laser technology for the U.S. military.

UAH's Amanda Black Clark is a doctoral student in Optical Science and Engineering who also works for the U.S. Army Space and Missile Defense Command/Army Forces Strategic Command (SMDC-ARSTRAT) Technical Center's Directed Energy Division. She was the lead author of the awarded proposal and successfully defended it in Albuquerque, NM, in December. Her UAH advisor is Dr. Don Gregory, a distinguished professor of physics.

"We are building it at UAH to test out the concepts involved," says Dr. Gregory.

Our mission is to develop high-energy lasers to intercept rockets, mortars and unmanned aerial vehicles.

"From a military standpoint, all you need to operate these types of lasers is electricity," she says. "That's a lot easier to manage than chemical drivers."

The researchers are measuring the efficiency and power of diode-pumped xenon lasers, which could one day supplant the older technologies.

"We are trying to reduce the amount of power and the size and weight required to operate a laser," Clark says.