Female smokeless tobacco use is largely unknown by physicians 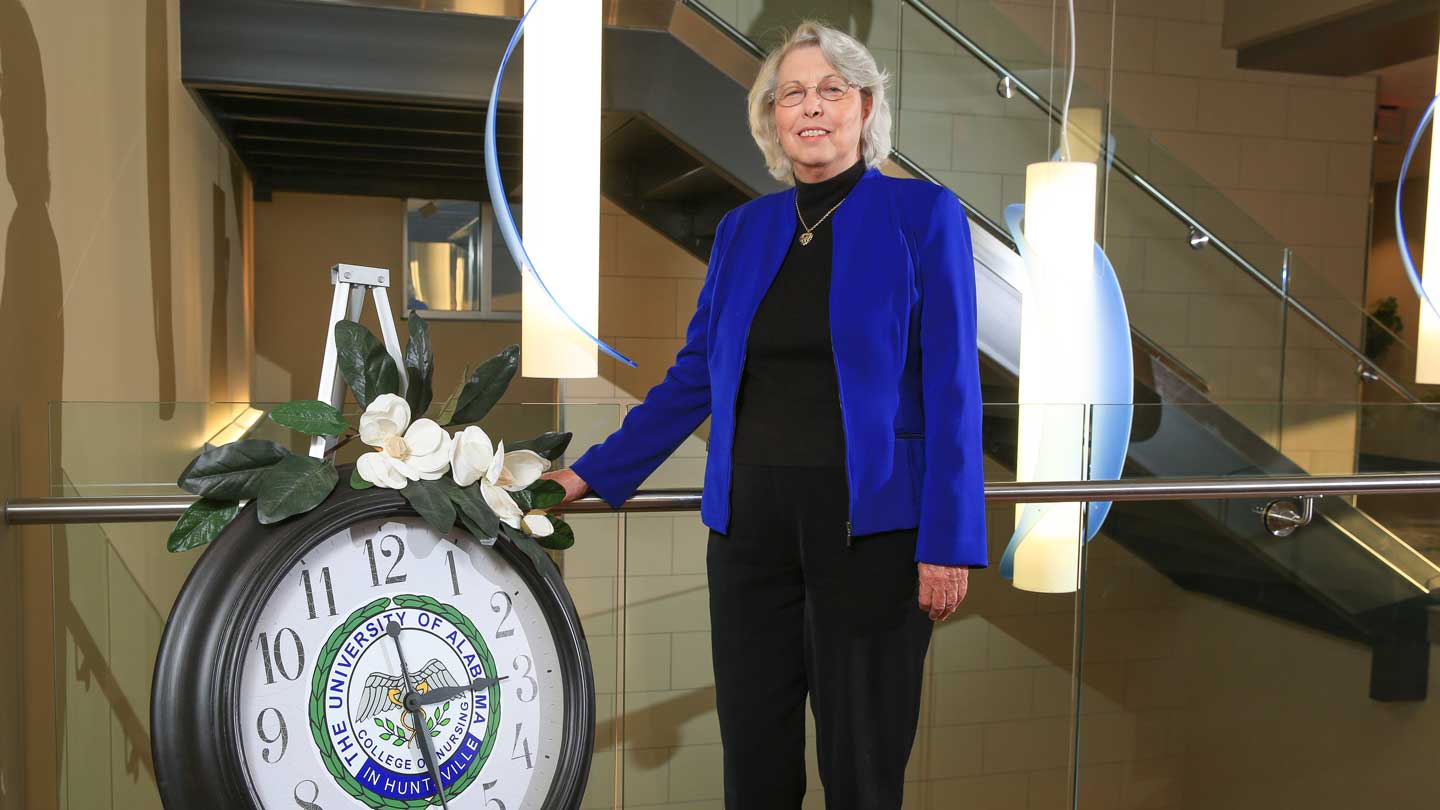 Dr. Brenda Talley’s research indicates the population of women users of smokeless tobacco is well known by tobacco corporations but less so by physicians.

Medical professionals should be more aware and inquire more specifically about smokeless tobacco use by their rural female patients, according to new research among a population of rural women in North Alabama.

Lead author Dr. Brenda Talley, a registered nurse and associate professor at The University of Alabama in Huntsville (UAH) College of Nursing, says the population of women users of smokeless tobacco is known all too well by tobacco corporations that spend millions of dollars offering female-oriented premiums like sets of glassware or other sales incentives. The smokeless tobacco most used by the women in the study was snuff, a dry, finely ground product usually sold in cans.

The research subjects were women age 32 to 87, with age at first use ranging from 8 to 42 years old. The number of years of use varied from 2 to 77 years. The smokeless tobacco subculture among rural women is largely insular and confined to relatives and close friends. It's not a behavior to which the women openly admit.

"They think it's not feminine," Talley says. "They express the belief that they would be 'looked down on' by others for using. So outside of their close circles of friends and family, they don't volunteer this information."

Chewing tobacco and snuff consumption by female patients is mostly hidden from even their own physicians, the research found, often because patient history forms don't ask about tobacco or ask about smoking only.

"Research I had done before this showed that some physicians were not asking about tobacco use at all, and some were only asking about smoking," Talley says. "Only a few were asking their women patients about smokeless tobacco use."

That 2011 research survey of providers showed 24 percent had no item related to tobacco use on their patient health history form. Only 7 percent of those surveyed asked for information on any type of smokeless tobacco use.

Research I had done before this showed that some physicians were not asking about tobacco use at all, and some were only asking about smoking. Only a few were asking their women patients about smokeless tobacco use.

Not having that information available could affect patient care and outcomes. It could delay diagnoses or hinder treatment in diseases ranging in from cardiac ailments to cancer and diabetes, because substances in snuff and chewing tobacco and their additives - including sugar - can influence the course of disease, Talley says.

"I came to know about this because I knew some of these women," she says. "I am the nurse in the community and people feel at ease to talk to me about health concerns. I was inside that circle. I think they knew I really cared." She shared some specific patient conversations to illustrate the problem.

"I knew a patient who was going in for cardiac surgery and was a snuff user, and it could have affected her condition," Talley says. "I asked her if her doctor knew, and she told me her physician didn't know and hadn't asked her about it."

In another case, a woman was diagnosed as having oral cancer by her doctor, who didn't ask her if she was a smokeless tobacco user until after the diagnosis.

"One woman I talked to had been diagnosed with both breast and mouth cancer," Talley said. "I asked her if she was going to quit, and she said, 'He told me I needed to quit.'" Her doctor didn't offer her information on cessation or support programs or medications.

It may be harder to quit smokeless tobacco use than it is to quit smoking, Talley says, because the nicotine and other compounds are absorbed directly into the bloodstream.

Most of the women in her study who use snuff or chewing tobacco are not smokers, Talley says. In some cases, women who smoked used smokeless tobacco in areas where smoking was forbidden, like the garment factories where they worked.

But the largest portion began using smokeless tobacco because of familial influence or the influence of their social circles.

"It's culturally and socially acceptable within that setting," Talley said. Outside those subgroups, though, women are reticent to disclose, as Talley found when she tried to put up posters at tobacco sales points to gather research subjects.

"The owner of one convenience store told me he couldn't let me put up a poster because the company didn't allow it," she says. "Then he said, 'They won't talk to you. The tobacco companies run big promotions for free stuff and the women who use snuff won't even sign up. Not even for free things will they put their names down. Some make their husbands sign up, but rarely does a woman. Lots of them come in to buy, though.'"

The prevalence of use in rural female populations is an unexplored question. The Centers for Disease Control (CDC) estimates about 2 percent of women use smokeless tobacco nationally. Yet other research shows that while smoking is on a decline, the use of smokeless tobacco has increased, especially among women, young people, specific ethnic and cultural groups and in the southern states.

Further research is needed, Talley says, to determine the extent of tobacco use across rural female populations. "I know it exists in pockets, where maybe eight of 10 women may be using it," she says.

Other fertile research areas include determining the prevalence of smokeless tobacco use among girls in rural middle and high schools, where girls are attracted by products with added appealing flavors such as berry or mint, or that are produced in forms that looked like candies or gum. Talley has anecdotal information that girls use opaque energy drink bottles as spittoons because they hide the evidence of smokeless tobacco use. Further prevalence research among young people could bolster information compiled from CDC youth health surveys.

And Talley has begun to look into the latest smokeless inhalation craze, e-cigarettes or vape pens, which she says may carry their own risks to health. The effect of nicotine, which is highly addictive, has long been understood but the effect of the other chemicals in the inhalant are unclear. "It is likely that any chemical inhaled into delicate lung tissue would be damaging."

Ultimately, the research will depend on women's willingness to be open about their smokeless tobacco behaviors.

"I would really like to talk to more women but recruiting subjects is difficult because of the nature of this behavior," Talley says. "It's very private and within certain circles. I only had one woman respond to my posters asking for research subjects, and then her husband made her stop participating."

But getting more women to open up about their social secret could lead Talley to her ultimate goal.

"I would love to talk to more women in order to have them help us to understand how we can better help them to quit," Talley says. "What would help people to quit using smokeless tobacco?"