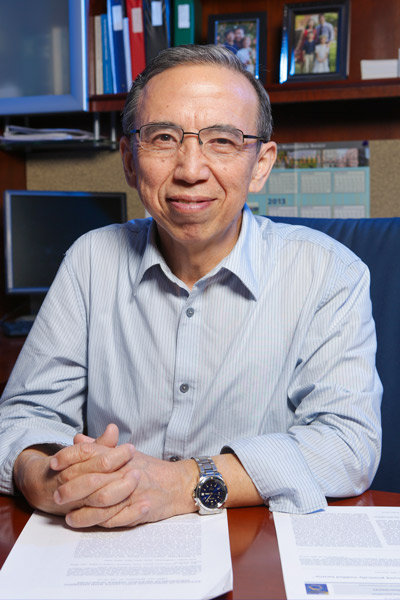 HUNTSVILLE, Ala. (Oct. 22, 2013) - Genetics may provide humankind its most comprehensive answers in controlling the age-old scourges of malaria, dengue fever and West Nile virus by eliminating the ability of vector mosquitos to host the diseases.

But the new genetic solutions that involve introducing engineered malaria-resistant mosquitos or mosquitos replete with engineered resistant gut bacteria raise questions of their own. How large of a population with the genetic trait will be needed to be viable? Will the population survive, persist and mate with wild mosquitos? Is it possible to completely overtake the susceptible wild population with resistant mosquitos? Among the large number of biological factors involved in such a process, what are the most sensitive and important ones to make the genetic solutions work? As far as the release of genetically altered mosquitos into the field is concerned, what are the better strategies for that biologically as well as economically?

Theoretical mathematical models developed by Department of Mathematical Sciences Chair Dr. Jia Li at The University of Alabama in Huntsville (UAH) can help in answering those questions. Following 20 years of disease modeling research that includes influenza and sexually transmitted diseases such as AIDS/human immunodeficiency virus (HIV), Dr. Li began working on mosquito population models in 2004, when scientists discovered they could genetically alter mosquitos to be resistant to the malaria parasite with a process called transgenesis.

"Our work builds a theoretical framework that provides guidance to biologists, public health workers and policy makers," Dr. Li said. "We can apply our models to malaria, dengue fever and West Nile virus. It is an interesting application of mathematics, and it shows people that mathematics is not just purely theoretic or only in the classroom."

Transmitted back and forth between humans and mosquitos, malaria and dengue fever have no vaccine protections available and are global health menaces. Malaria is caused by parasitic protozoans. Dengue fever is viral. Both can be fatal. In 2010, the World Health Organization estimated there were 50-100 million cases of dengue fever and over 2.5 billion people - 40 percent of the world's population - are at risk from dengue. The WHO estimated 219 million cases of malaria in 2010 worldwide, causing 660,000 deaths. It is a major problem in Asia, Central America and regions of Africa.

"If you want to control malaria, the most effective way is to control the mosquito," said Dr. Li. Besides the use of pesticides and release of sterile mosquitos to reduce vector populations, scientists have developed newer methodologies to control malaria's spread that include the transgenic parasite-resistant mosquitos and also paratransgenic mosquitos, which are colonized by a gut bacteria that has been altered to be resistant.

"These biological control measures have shown great success and are promising in laboratories, but what happens if you release them into the field?" Dr. Li asked. His theoretical models may be helpful by indicating potential outcomes of various approaches and expenditures on future vector populations.

"For the transgenic mosquitos, there are some ecological concerns, because they change the gene of the mosquito, and then these mosquitos bite people," Dr. Li said. "It is also very expensive to alter the genes of each mosquito one by one in the lab."

The bacteria colonization approach doesn't have the same environmental concerns because the bacteria don't change the genetic makeup of the mosquito, he said, and bacterial inoculation of mosquitos in the lab is much less expensive than transgenesis.

In either case, success lies first in survival. The introduced mosquitos must be able to successfully compete with native wild mosquitos to establish viable populations after release. Transgenic mosquitos must be able to successfully reproduce with wild mosquitos and pass along the genetic trait modification that resists disease transmission to their progeny. Paratransgenic mosquitos also need to reproduce, after which their eggs are infected by the bacteria they carry and pass some bacteria through the water they are laid in to wild eggs that are present.

The mathematical models can provide researchers with "some idea about whether their approach is working," Dr. Li said, through quantitative or qualitative analysis and asymptotic analysis. Quantitative analysis is used to model near-term numerical results of a vector control action. Qualitative and asymptotic analyses are used to model the much longer-term results and the limiting behavior of the model dynamics.

"We want to determine key biological, vital parameters, like the birth rate and the death rate, for the transgenic and paratransgenic mosquitos," Dr Li said. "What are the key parameters to ensure the survival of the mosquitos released and the transgenes inherited?"

Then there is the question of how persistent a dominant or recessive trait malaria resistance transgene in a lab-produced mosquito would be when interbred into a wild population.

"Our model is showing that it is not the dominance that is most important," said Dr. Li. "The fitness - that is, the ability to both survive and reproduce - is more important than the dominance. We must make the mosquitos so they live longer and reproduce more" than the wild populations.

In the models, longevity success can lead to a state of equilibrium between native and introduced mosquitos. Dr. Li's models are either of discrete time, based on difference equations, or of continuous time, based on differential equations, to help predict qualitative outcomes over a very long period of time. Difference equations compute an output at a certain times based on past and present input samples in the discrete time domain. Differential equations relate the value of an unknown function and its derivatives of various orders in a continuous time setting.

"With the difference equations, the advantage is that it is more intuitive, but its theory and development have a short history and the analysis is relatively more difficult," said Dr. Li. "The theory of differential equations, on the other hand, has a very long history and is well developed so that it provides more tools that we can use."

"We are trying to satisfy those certain conditions under which the wild mosquitos will be wiped out," Dr. Li said. "If it is necessary to have the other conditions satisfied and then the two types of mosquitos coexist, we can still manage to bring the number of the wild mosquitos down via controlling some parameters."