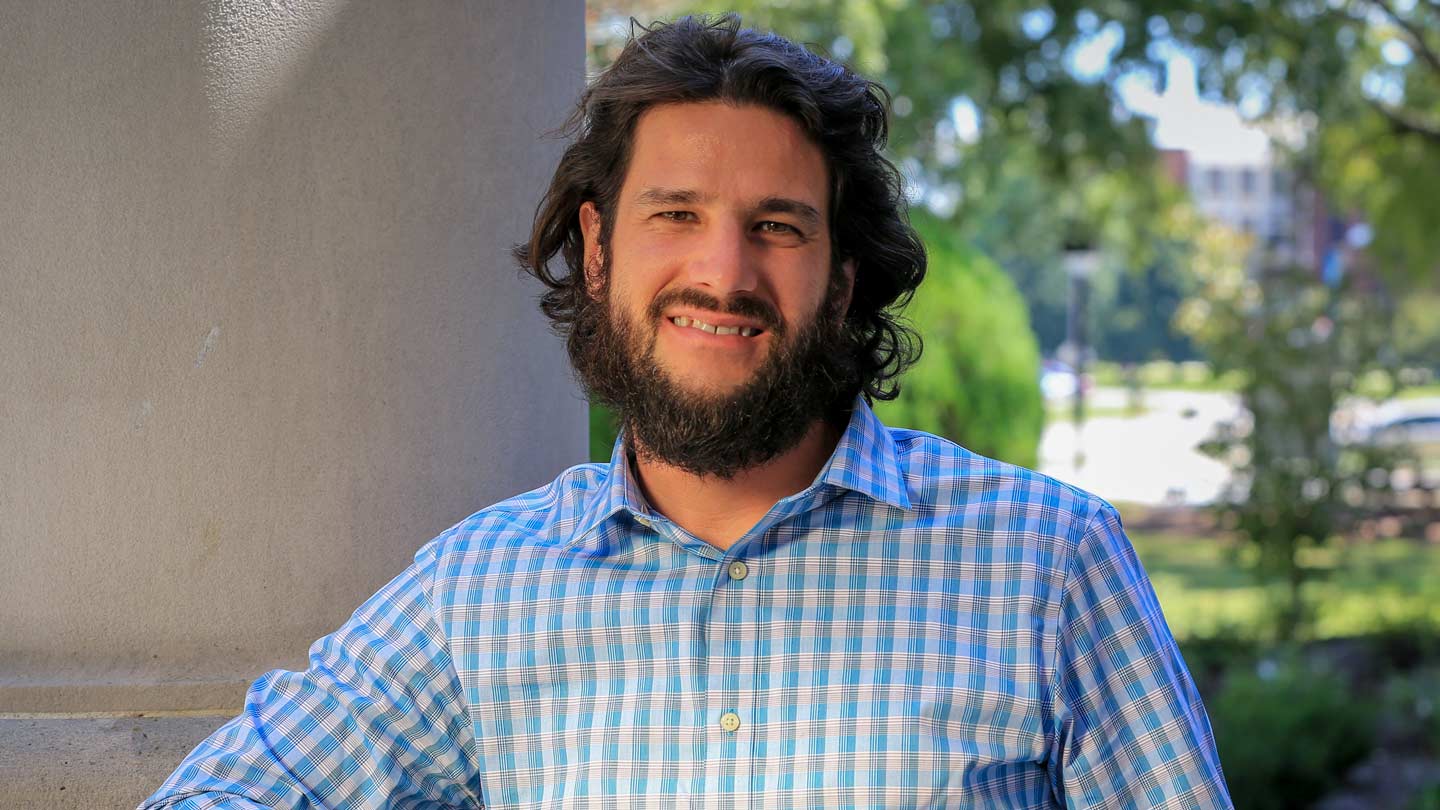 Interactive media had a statistical edge in increasing support in participant rankings in Dr. Weber’s research.

Even though a study on the persuasive power of different types of media by a University of Alabama in Huntsville (UAH) assistant professor of English had a surprising result in the interactive age, interactive content still proved its power of persuasion.

Dr. Ryan Weber and co-researchers Semih Dinc, a UAH computer science graduate student, and Matthew Williams, a UAH English graduate student, studied how the use of different media to present information on NASA's James Webb Telescope project would affect levels of support for the project and for NASA in general.

They had hypothesized that interactive media would test better in generating overall support. Instead, they found that using either traditional illustrated color text or interactive programming increased test subjects' support for NASA's James Webb Telescope project by about the same amount, a solid 36 percent.

While most of the uncertain participants changed their minds or support the project, those who had initially said they did not support NASA were not persuaded.

"One reason I wanted to look at NASA for this study is that they are very, very good at social media," he says. "One of the takeaways from this research is that all of these materials are doing a very good job of heightening awareness and increasing how receptive people are to the message."

Interactive media did have a statistical edge in increasing the level of project support when participants were asked later to rank their level of support numerically from 1 to 7 Dr. Weber says.

"The support rankings showed a statistically significant increase," he says. "The other place interactive texts did better was that people ranked their quality better. NASA's Interactive Fly-by Tour simulator was especially effective in changing their mind."

Yet increased support generated in the study for the Webb telescope project didn't have coattails.

"What we found was that these interventions did not change people's minds about whether the federal government should fund space science and exploration projects. Those answers were largely unchanged pre and post intervention," Dr. Weber says. "The dramatic level of increases in support for this project did not translate into more people supporting federal funding for NASA."

The study focused on three participant groups. The control group received a brief text description of the telescope. A second group viewed an eight-page color Portable Document Format (PDF) file about the project. The third group viewed a four-minute You Tube video with an interactive flyby simulator.

"The You Tube video and flyby simulator give users a level of control and provide information through more sensory channels," say Dr. Weber.

The 660 study participants in the Qualtrics test were asked before and after viewing the materials whether they supported, were uncertain or did not support NASA's James Webb Telescope project. They were asked to rank the level of their support and to assign on a sliding scale a percentage of NASA's budget to the telescope. Participants were asked whether they support federal funding for NASA, and were then provided with a link to more information or to sign a petition. Researchers tracked the number who signed.

The research was funded by a UAH New Faculty Research Program grant through the Office of the Vice President for Research and Economic Development. Dr. Weber says he'd like to do further research to explore how the use of different images in texts affect the message is perceived.