Grant Bergstue and Luke Burgess figure an asteroid mining space economy would be easier to build if there were the equivalent of a few Stuckey’s around out there.

The pair of graduate students in the Laser Science and Engineering Group (LSEG) at The University of Alabama in Huntsville say the day will come when a space economy will need outposts on dwarf planets like Ceres to provide fuel, liquids and supplies.

Like Stuckey’s, the business of these outposts will be collecting energy in a centralized place for distribution, and like sodas and Slim Jims in convenience store aisles, water and sundries will also be there for the space traveler.

It’s the infrastructure that will be needed to collect and distribute that energy that intrigues the pair. “A lot of our research is on establishing some sort of energy infrastructure in space, because if you are going to work in space, you will need energy there,” Burgess said. They see lasers as the only feasible space energy pipelines, and have written papers on what an efficient laser distribution system would look like and on using laser energy for propulsion and mining activities.

Under the guidance of Dr. Richard Fork, Electrical and Computer Engineering professor, the team works like this: Bergstue is the optics man and Burgess is the electronics guy. Burgess is researching how best to transmit short focused laser pulses while Bergstue investigates how best to make such a system safe.

Laser energy transfer in space is not subject to Earth’s limitations. Like fog in a flashlight beam, Earth’s atmosphere disperses the laser and the pulse collapses on itself due to air molecules. In space, lasers have a clear shot.

“Laser based energy goes a lot farther in space than on Earth,” Bergstue said. “There’s no distortion. A lot of my research has been on how to do it safely.” Less distortion means a more concentrated pulse.

“In space, the reason you want to go with higher frequencies is that you want to be able to keep the beam focused,” Bergstue said. That requires a smaller receiver surface area to collect all the energy beamed to a mining craft or spaceship.

For his part, Burgess said, “I work more on how quickly the electronics can respond to an object that is blocking the beam so as to avoid damage.”

The dwarf planet Ceres looks like a good rest stop. It has gravity, water and it is decently spherical for good orbiting. They figure it’s perfect for a system of teamed satellites that will collect the sun’s energy and then beam it to nearby spacecraft via short-pulse lasers.

“It would make an excellent base,” Burgess said. Just as Gold Rush stores sprang up to supply miners, companies would invest to energize space mining. “That basically is what we recognize, that entrepreneurs have the ability to put unmanned craft in orbit to serve as a ‘rest area’ for other craft.”

Energy needs and exploration will first be driven by asteroid mining, they think. Companies like Planetary Resources and Deep Space Industries are already blazing the trail.

“Asteroids coming near Earth are probably more likely to be mined,” said Burgess. “We already have a system to detect the ones that are coming close. Humankind has equipment in place to do this. It’s just a matter of choice of investment.”

In this fledgling phase, the same kind of energy collection system envisioned for Ceres could orbit Earth, using lasers to refuel mining operations. From there, Burgess and Bergstue envision asteroid mining growing toward the asteroid belt between Mars and Jupiter.

“I think it’s really plausible when you look at it,” Bergstue said. “It’s going to take some work and development, but we’re trying to increase the technology to be able to do it.”

Asteroids that pass near Earth are also an efficient way to move mining equipment farther out. “What we can do is hitch a ride,” Burgess said. “The vehicle gets within the gravitational pull of the asteroid and rides out to its destination.”

Deep space exploration can pay future dividends to governments willing to invest in it today, Burgess said. “Governments could collect data and information about deep space mining probabilities and sell that information in the future to mining companies.”

Development of a space economy is a question of national will, he says, much like the effort to put man on the moon. “The portion of our national resources spent on space these days is a small fraction of what was used then.” 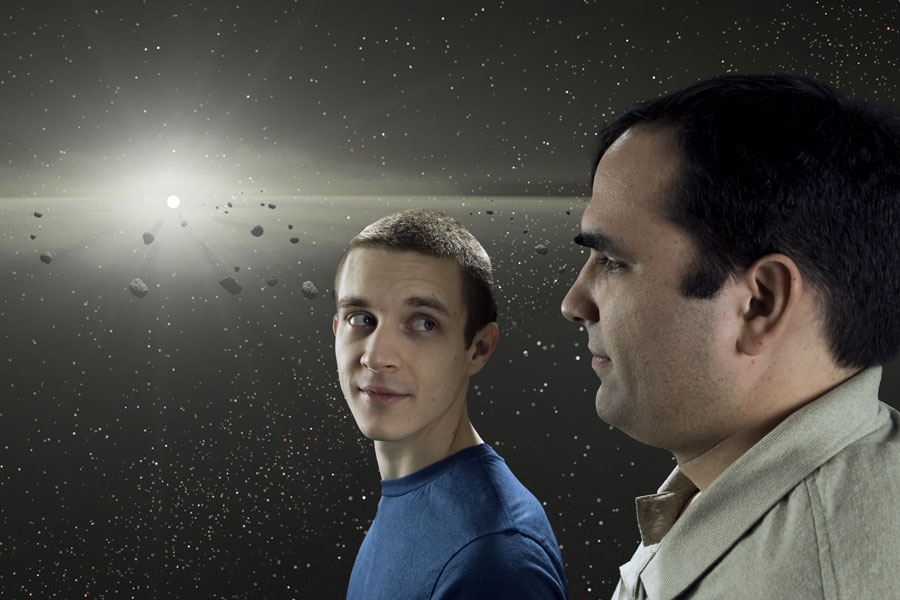