Computer cooling system could save U.S. $6.3 billion in electricity a year 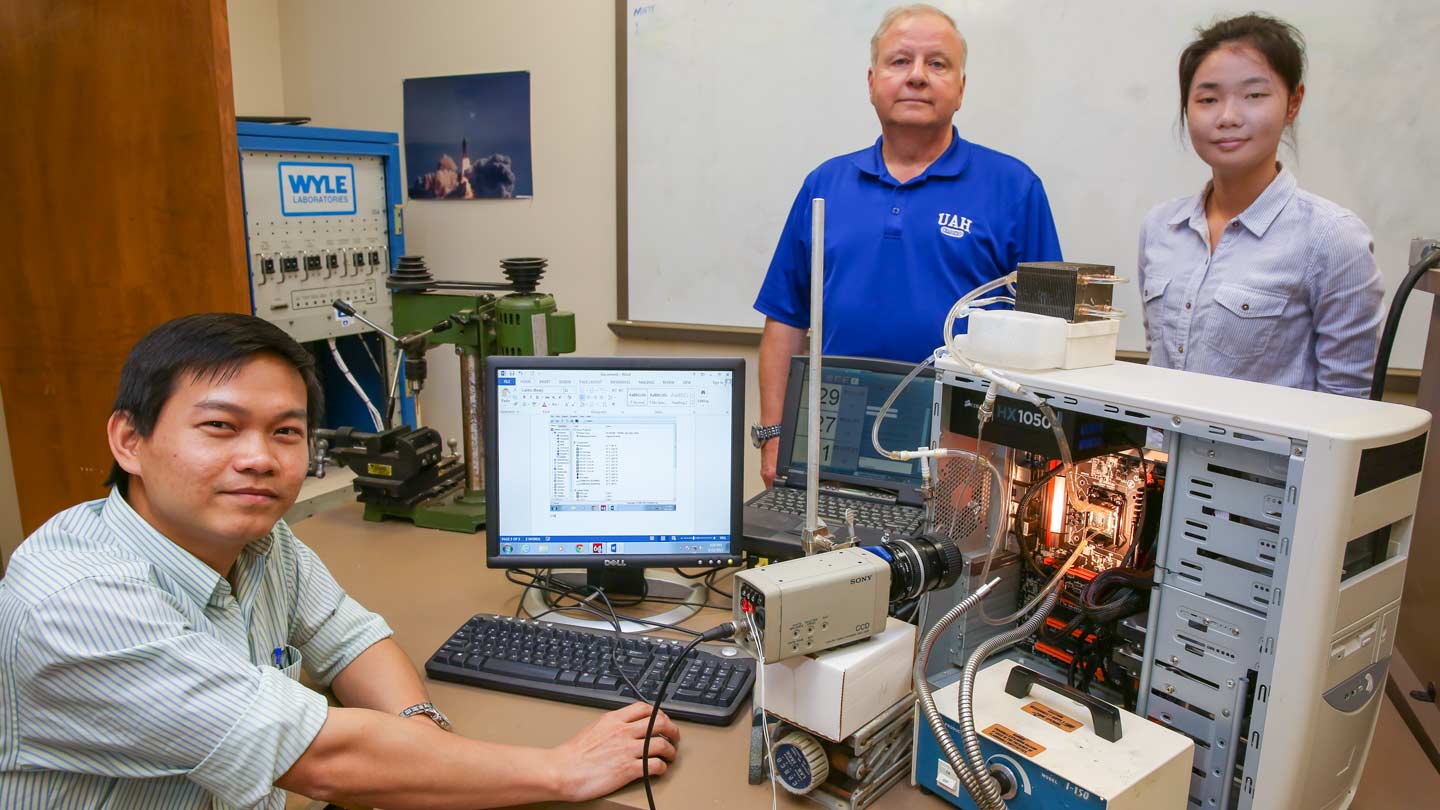 A patented passive cooling system for computer processors that's undergoing optimization at The University of Alabama in Huntsville (UAH) could save U.S. consumers more than $6.3 billion per year in energy costs associated with running their computer cooling fans.

Imagine what it could do if in global use.

The system, which was awarded $10,000 in 2014 UAH Charger Innovation Funds, uses convection to circulate 3M's Fluorinert FC-72 liquid through channels in a computer's processor and then into a heat sink that serves as an external radiator.

Wherever you want to make high power in a small area, that is a potential application.

Its adoption could save computer manufacturers $540 million annually in manufacturing material costs by eliminating fans and associated wiring. Energy and materials savings are based on a future in which 300 million machines are in use in the U.S.

There's an added global benefit to the reduction in electricity consumption, says Dr. James E. Smith Jr., a UAH chemical engineering professor emeritus who is working with graduate students to optimize the system.

"If you can do this for the world, we can save a whole lot of pollution globally," Dr. Smith says. "Think of what could be done in China alone."

Fluorinert FC-72, the 3M brand name for an electronic cooling liquid and electrical insulator, is a colorless, odorless, biologically inert and chemically stable dielectric liquid that is nonflammable and has a boiling point at 56 degree Celsius (133 degrees Fahrenheit). 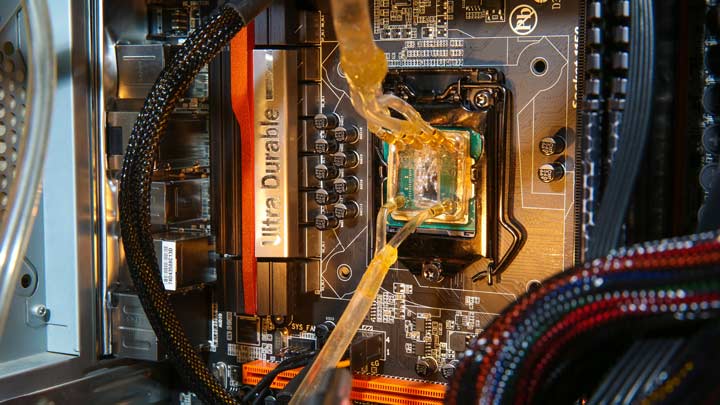 In the passive system's convection cycle, heat from the computer processor vaporizes liquid FC-72. The light vapor moves to a heat exchanger, releases its heat into the environment and condenses into a heavier liquid, then moves to a holding tank, from which the liquid travels to the processor once again to complete the cycle.

For his chemical engineering master's thesis, student Cuong Nguyen compared the passive cooling system with traditional solid-state passive cooling and traditional fan cooling in computers running for up to 12 hours under no load and heavy load conditions. The system was tested using modified Intel Pentium 4 and Core i3 processors.

"When we remove the cooling fan, it saves material costs, but it also eliminates the noise, vibration and dust contamination of fan cooling," Nguyen says. "When you remove the dust, you remove the chance that it can build up. Build up of dust can destroy the electronic components."

Optimized liquid passive cooling has a range of potential applications beyond home and business computers. The system could prove useful in temperature stabilization of electronic guidance and propulsion controls in outer space, as well as finding application in efficient 21st century power delivery systems here on Earth.

"When you look at the power transistors required for the smart grid, for example, this system could have application there, and there are other applications in that area, too," says Dr. Smith. "Wherever you want to make high power in a small area, that is a potential application."