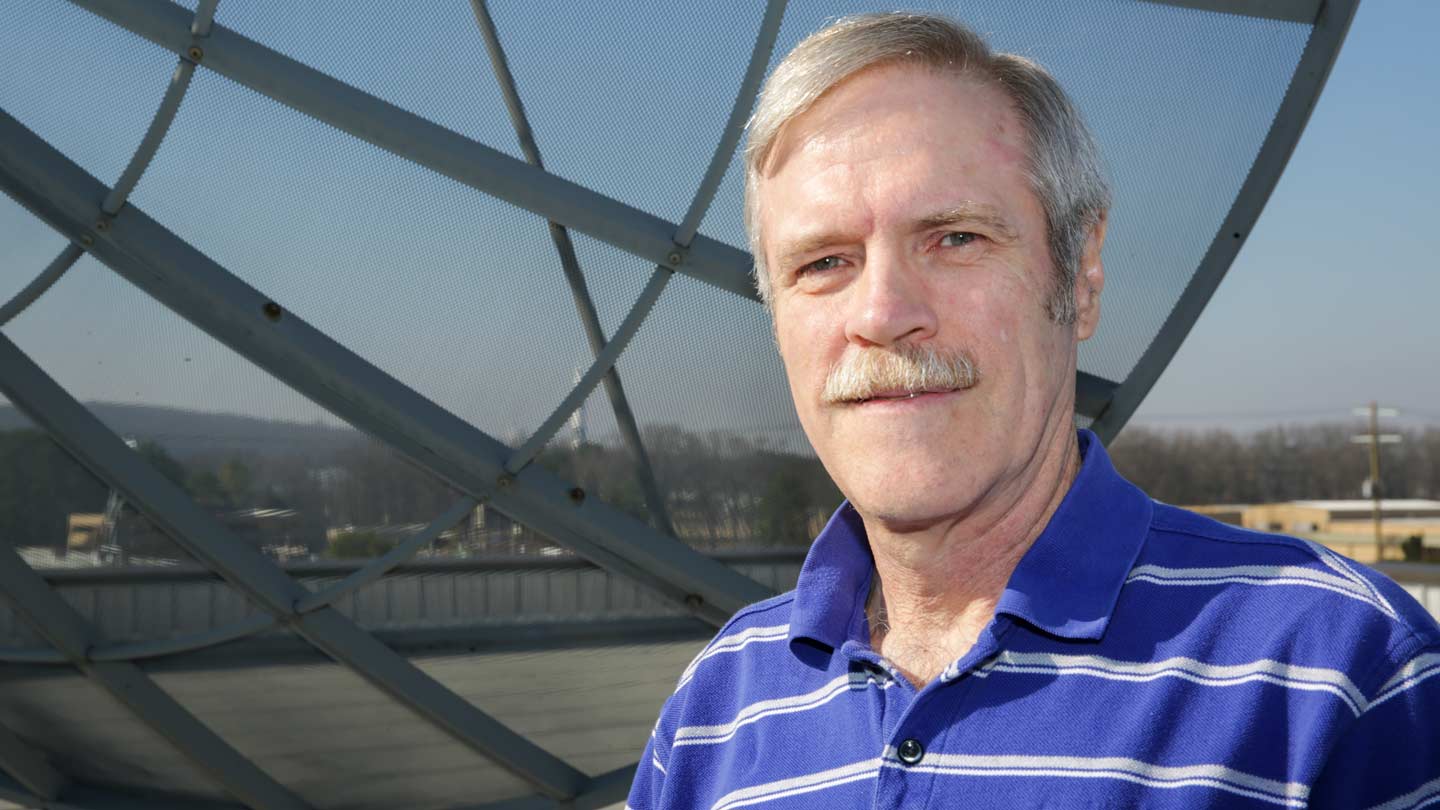 Dr. John Christy is the principal investigator for the research.

Climatologists at The University of Alabama in Huntsville (UAH) have received a grant from the United States Dept. of Energy to develop a new method of determining how the Earth’s climate is responding to greenhouse gases that they think will be more accurate than current methods.

Also part of the expected $1.5 million, three-year project is work to devise a method to assess the climate impacts of greenhouse gases on snowfall in three Western Pacific coastal states in order to accurately determine impacts on the snowfall, an important water supply for the region. Initial funding is $489,399.

"We intend to create indices of climate variables that can be calculated from models as well as from observations. The basic idea is to determine to what extent the observed climate responds to extra greenhouse gases like CO2 and compare that with models," says Dr. Christy, who is also a professor of atmospheric science. "At present, our studies suggest the climate models are more sensitive to the extra gases than the real world is. In other words, the models show much more global warming than is actually occurring."

Dr. Christy says the sensitivity value is important because the amount generated by models has been used in taxation policy regarding carbon-based energy like gasoline, coal and natural gas, since burning them produces CO2.

"This has tremendous importance for tax and energy policy," says Dr. Christy.

The researchers plan to use global satellite observations in their work for the energy balance and response project and to construct a long-term record beginning in 1878 of snowfall in the three adjoining U.S. Pacific Coast states, in which over 50 million Americans live. The new work will utilize satellite global atmospheric temperature data of the deep atmosphere from the surface to about 50,000 feet that is already being gathered by the ESSC to compile monthly global temperature reports.

"The main climate components used to determine the sensitivity of climate to extra greenhouse gases will be based on satellite measurements of atmospheric temperature and the incoming and outgoing energy of the Earth," Dr. Christy says. "The snowfall data will be collected from surface stations, some of which go back to the 1870s. This long period will give us an idea as to whether there have been recent changes related to extra CO2. So far, we haven't found any significant changes in western snowfall either up or down since the late 19th century."

Dr. Christy says the team will pull together a tremendous amount of satellite data that measures the atmospheric temperature and the energy absorbed and emitted by the Earth.

"So, we will need to determine how much of the sun's energy is absorbed by the Earth as precisely as we can, then how much is emitted by the Earth, which is not easy, as the numbers change from place to place and day to day," he says. "If there is a difference in the average over a large area, then there is either a net energy loss or gain in that area – and this should show up as a change in atmospheric temperature."

The key metric researchers will calculate is how much the temperature changes when there is an imbalance of energy.

"For example, if the imbalance for a few months is +1.0 watts, how much does the temperature rise?" Dr. Christy asks. "This is not an easy project, since the natural climate system has energy flows of over 200 watts in and out, so we are teasing out a small temperature response to a small imbalance between two large numbers. This relates directly to the impact of extra CO2 because we have a pretty good idea of how much extra energy is retained by the CO2, but we don't have a precise value for the temperature change that it causes."

The team will also access huge amounts of climate model data from which to calculate the same metric – the change in model temperature whenever there is an imbalance in the model energy flow.

Snowfall data will be collected from station data found in the federal archive in two forms. One is imagery of the actual forms that were filled out prior to 1910 by the observers, which will be entered into a database. The second source is the federal archive that has already been digitized.