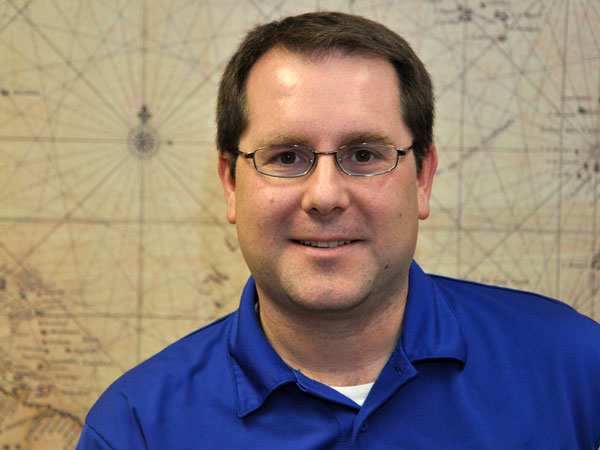 HUNTSVILLE, Ala. (March 24, 2014) - Ryan Wade, a doctoral candidate from the Mississippi Gulf coast who is in Alabama studying snowstorms, has been named the top graduate research assistant in The University of Alabama in Huntsville's College of Science for 2014.

While his dissertation research is in profiling winter storms, the UAH severe weather and radar group where he is based is more of an "all hands on deck" group when there is severe and hazardous weather to be studied, he said.

Since arriving at UAH in 2009, Wade has tracked and studied snow storms from the Great Lakes to New Market, set up instrumentation and gathered data from hurricanes, and helped gather and analyze data on several severe weather events, including the April 27, 2011, tornado outbreak.

A native of Ocean Springs, Miss., Wade earned his B.S. in meteorology at the University of South Alabama and an M.S. at Mississippi State. He taught at South Alabama for six years while also working part-time as a TV meteorologist and as a hurricane forecaster at USA's Coastal Weather Research Center.

His first year as a hurricane forecaster was the record-breaking 2005 hurricane season, when there were 28 named storms, including Hurricane Katrina.

"There were only two of us doing the lion's share of the forecasting, so during that season I probably averaged sleeping only three or four hours a night," Wade said. "And that was in addition to my regular teaching load. That was a challenge. We had customers from Texas to North Carolina, and it was rewarding when you felt like you were helping them get a handle on things." 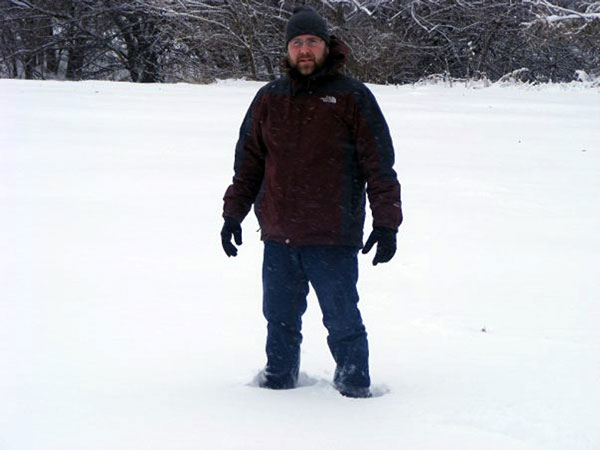 There were also personal issues for a hurricane forecaster who has family on the Gulf Coast.

"We were sending out emails and calling family members, doing what we could to keep them informed," Wade said. "I've got family who own charter boats in Biloxi, as well as several others who live below sea level in New Orleans.

"To say that was a busy year is an understatement."

While he has a background in hurricanes (he was in the eye or eye wall of hurricanes Frederic, Elena and Georges while he was growing up), Wade's research is supported by the Profiling Winter Storms (PLOWS) project, a two-winter collaborative research project that dragged teams of scientists from Wisconsin to South Carolina until they finally intercepted the perfect test specimen snow storm - In North Alabama on Jan. 9-10, 2011.

"We're looking at atmospheric waves and their effects on heavy banded snows," he said. "In some of the snow events, instabilities can cause updrafts that can electrify the clouds, so you can get thunder snow.

"These instabilities can dump large amounts of snow over small areas. That's why you might have a storm that drops four inches of snow across a hundred miles, but eight inches in one place and a dusting in another."

Wade expects to complete his dissertation within the next year.

The GRA award will be presented during the college's Honors Day ceremonies on April 1.