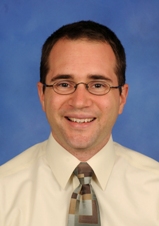 “Since February has an extra day this year there will be 52 weeks and two days in 2012,” said Dr. Jason T. Cassibry, assistant professor of Mechanical and Aerospace Engineering at The University of Alabama in Huntsville (UAH). Without leap years, Cassibry explained, the day of the week on which a particular calendar falls advances one day because there are actually 52 weeks and one day in a year.

“We use the Gregorian calendar which gives us leap years every four years with some exceptions. Those years divisible by 100 are not leap years, unless they are divisible by 400,” Cassibry said. “On average, this gives us a calendar year that is 365 days, five hours, 49 minutes and 12 seconds.  In order to make up for the extra hours, minutes, and seconds accumulated, we add an extra day in February on leap years.”

However, he said, the actual time it takes for the Earth to go around the sun varies slightly from year to year, due to all sorts of perturbations on its orbit due to the moon and neighboring planets. “In a way, Earth can be thought of as a space craft traveling around the sun. From above the north pole of the Earth looking down, the Earth appears to circle the sun counterclockwise, taking a tropical year to do so.”

Cassibry said the Earth also rotates on its axis counterclockwise once every solar day. “The next cloudless, early morning that you are awake just before the light from the sunrise hits, go outside and look up at the stars. You will have a cockpit view at the front of our natural space ship, traveling through the heavens.”

Cassibry noted the motivation to implement the Gregorian calendar (also known as western and civil calendar) is essentially based on human survival.

While the Gregorian calendar was named after Pope Gregory XIII, the actual creator was Italian inventor and physician, Alosyius Lilius. The Gregorian calendar replaced the Julian calendar (named after Julius Caesar), because it did a poor job of keeping up with nature’s calendar and the seasons.  According to historical accounts the Julian calendar started in March rather than January. It consisted of 10 months — with six months of 30 days and four months of 31 days. There was no set winter season, and the calendar year was made up of approximately 300 days, with more than 60 days unaccounted for during the winter.

“While cultural needs and interests may have varied, the need for food is universal,” he said. “In many climates of the world, high population densities require agriculture. Unless the seasons are predicted precisely, farmers do not know when to plant crops.”

Cassibry said there are four measurements of times we can consider: the second, the day, the calendar year, and the tropical year. “The second is defined based on oscillations (movement) of a caesium 133 atom. This permits a very high accurate way of determining time. The day is defined as 86,400 seconds. It is a measure of the average time the earth takes to rotate once on its axis.”

Farming and similar agricultural tasks which require timing with certain seasons need a calendar year which is synchronized with the tropical year. “The tropical year is the measurement of time it takes for the sun to return to the same position in the yearly cycle of our four seasons,” Cassibry said. “Unfortunately, the tropical year has nothing to do with the how fast the earth spins on its axis, and that means there are not exactly 365 days in a tropical year. So, the next time you sit down and enjoy a nice meal of rutabagas, thank the smart people who figured all of this out.”