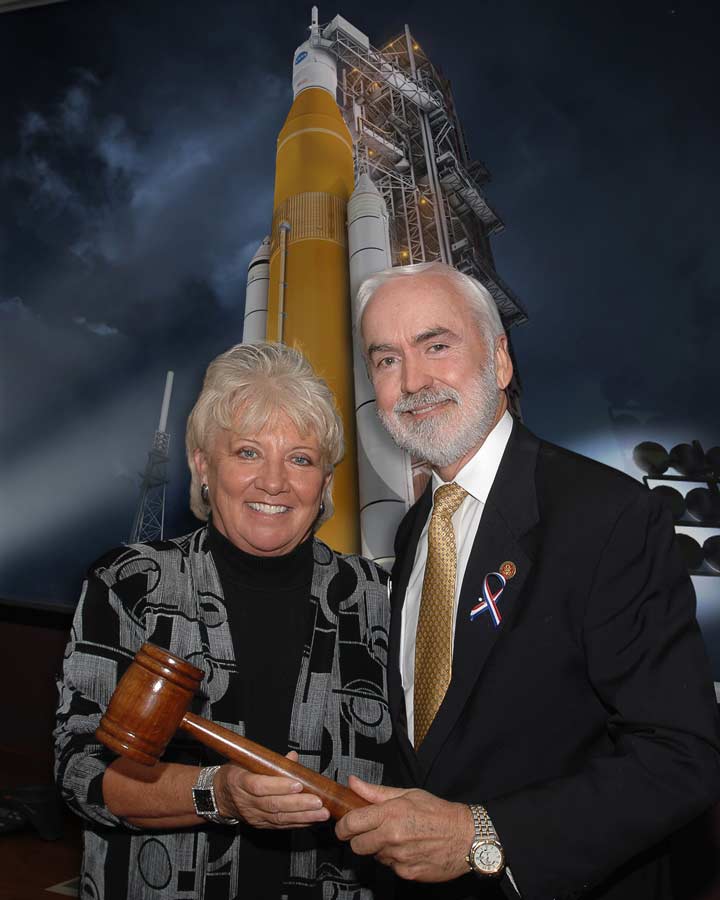 Dr. Virginia (Suzy) Young, Director of The University of Alabama in Huntsville (UAH) Office for Proposal Development, has been named chairperson of the Alabama Space Science Exhibit Commission (ASSEC), the board that oversees the U.S. Space and Rocket Center. Governor Robert Bentley appointed Young to serve on the ASSEC board on Sept. 20, 2013.

The U.S. Space and Rocket Center is a state government entity and operated by the ASSEC, whose 18 members are appointed by the governor for terms of four or eight years.

At UAH, Young is responsible for working with research proposals for large, multi-discipline, multi-agency teams and for investigating new funding opportunities. She also promotes networking strategies to connect partners and contacts that represent potential funding sources for university investigators. Previously, she was the Vice Chancellor for Research in the University of Alabama (UA) System Office. In this capacity, Young worked with the Chancellor and the Board of Trustees, administrators and research faculty at UA, The University of Alabama at Birmingham and UAH to strengthen and broaden research initiatives and partnerships for the three universities.

Before joining the UA System, Young was the Director of the Advanced Science and Technology Directorate, United States Army Aviation and Missile Research, Development and Engineering Center (AMRDEC), Redstone Arsenal, AL, serving in the Research and Development Center for nearly 30 years. She has also worked for six years in industry and taught at Vanderbilt University for five years.

In 2011, Young was awarded the Outstanding Leadership Award from the Women in Defense Organization, presented the Honorable Order of St. Michael for Army Aviators, and in 2013, the Order of Prometheus for leadership in unmanned systems. She received the Civilian Service Award for Superior Performance, and the Commander's Award for Civilian Service for Exceptional Leadership. She is an elected board member for the Association of Unmanned Vehicles/Systems International, and she serves on the board for the National Advanced Mobility Consortium.

Young is the recipient of numerous commendations, published works, and is considered a leader in government, industry and academic communities. Young received a Bachelor of Science in Engineering from the University of Memphis, a Master's of Business Administration from Florida Technical Institute, a Master's of Science and a Ph.D. in Computer and Electrical Engineering from Vanderbilt University.