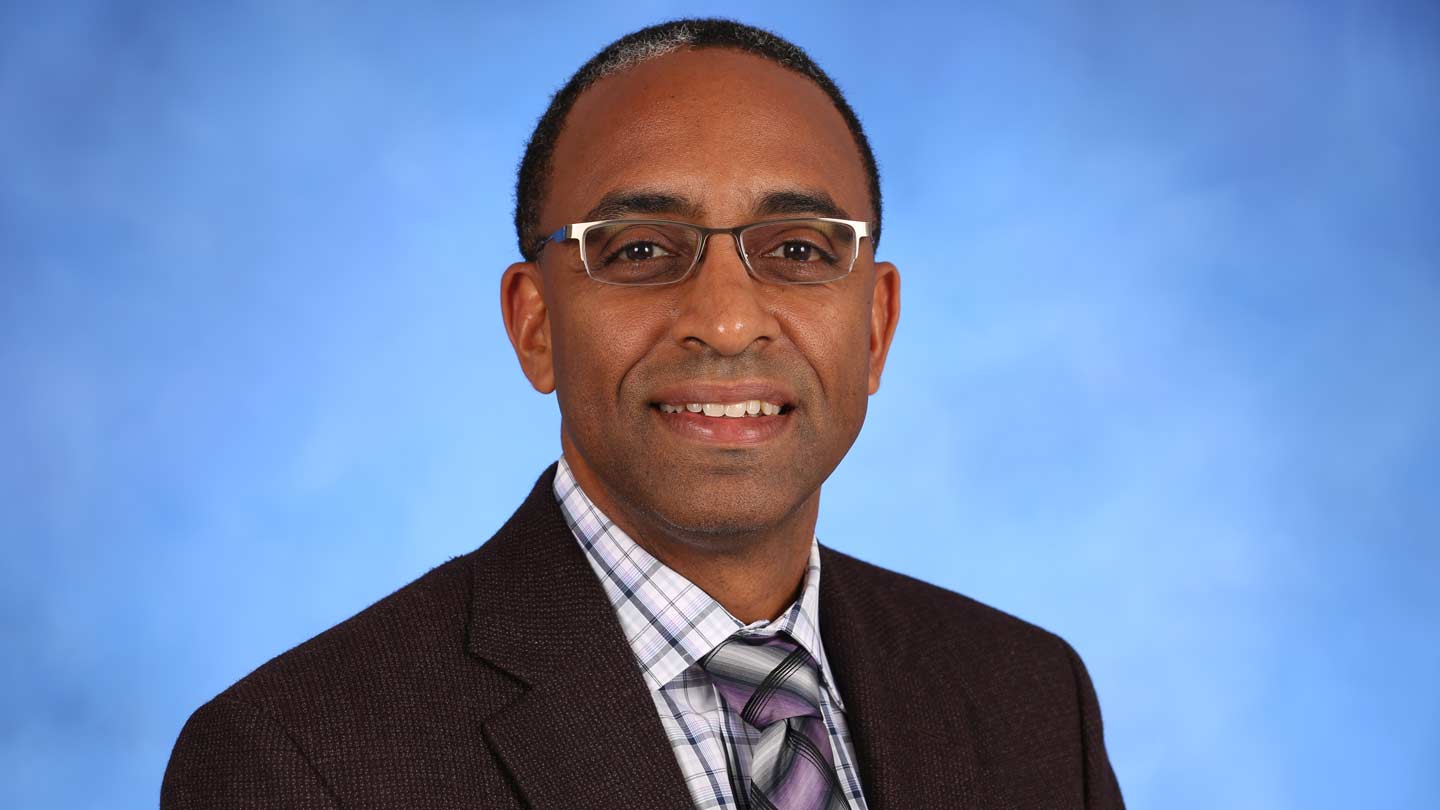 Emanuel A. Waddell, Associate Dean of The University of Alabama in Huntsville (UAH) College of Science.

Emanuel A. Waddell, Associate Dean of The University of Alabama in Huntsville (UAH) College of Science has been named President of the National Organization for the Professional Advancement of Black Chemists and Chemical Engineers (NOBCChE). Waddell's term as President of the organization will continue through July 1, 2019.

NOBCChE is a non-profit professional organization dedicated to assisting black and other under-represented minority students and professionals in fully realizing their potential in academic, professional, and entrepreneurial pursuits in chemistry, chemical engineering, and allied fields. Membership is open to all individuals who support these goals. NOBCChE was incorporated in 1975.

"I am excited about this opportunity to serve as the President of NOBCChE. I am hopeful that Huntsville and the surrounding community will be able to host the national conference in 2018," said Waddell. "Dr. Malinda Gilmore, President of the Board of Directors of NOBCChE is a faculty member and administrator at Alabama A&M University and Dr. Arthur Martin who is a Technology Manager at Daikin in Decatur and is a member of our Executive Board reside in this area. I am hopeful that our corporate community can lend a strong hand in supporting our goals."

Waddell's duties include advocating on behalf of the organization, increasing membership, increasing funding for programming, interacting with student chapters, and solidifying and maintaining relationships with university and industrial partners. "My most important role at this moment is assisting our volunteers in planning for the national meeting which will be in Minneapolis, MN, Oct. 30 through Nov. 2."

"NOBCChE is important to students of color because currently under-represented minorities earn slightly more than five percent of bachelors degrees in the physical sciences, less than five percent in mathematics and statistics, and nearly four percent in engineering," said Waddell. He went on to add that slightly less than 11 percent of employed scientists and engineers are under-represented minorities. (nsf.gov/statistics/2017/nsf17310).

"Organizations such as NOBCChE provide professional development, encouragement and direction to students who may feel isolated as they pursue degrees in Science, Technology, Engineering and Mathematics (STEM)," Waddell added. "The common refrain I hear from first time attendees to our national conference is that they feel encouraged and part of a larger family. These interactions lead to strong mentor-mentee relationships which result in long-term success of under-represented minorities in these fields. Their success means that the United States more fully utilizes its talent."

Waddell said UAH students at the undergraduate and graduate level have participated in NOBCChE events regionally and nationally.

"Talitha Hampton-Mayo ('08 MSE Chemical and Materials Engineering) is the outgoing national president and received her masters degree in chemical engineering from UAH. She conducted her thesis research in my group and I am excited about following a path that my student has traveled."

Waddell said other notable UAH students actively involved in NOBCChE include Samuel Nkrumah-Agyeefi, a doctoral student in the Biotechnology program, who won the two-minute research pitch at the 2015 national conference. Thomas Reyes presented research at the 2016 national conference and is doing undergraduate research at Texas A&M this summer through relationships he established at the conference. Arnold Jele is a chemical engineering student who established the UAH NOBCChE student chapter and presented research at the national conference. "I would be remiss if I did not mention the The North Alabama Center for Educational Excellence who has sent teams to the NOBCChE Science Bowl the past few years and have won several championships," Waddell added. "They have had a relationship with UAH for several decades and their teams have performed extremely well while also representing the diversity of our community."