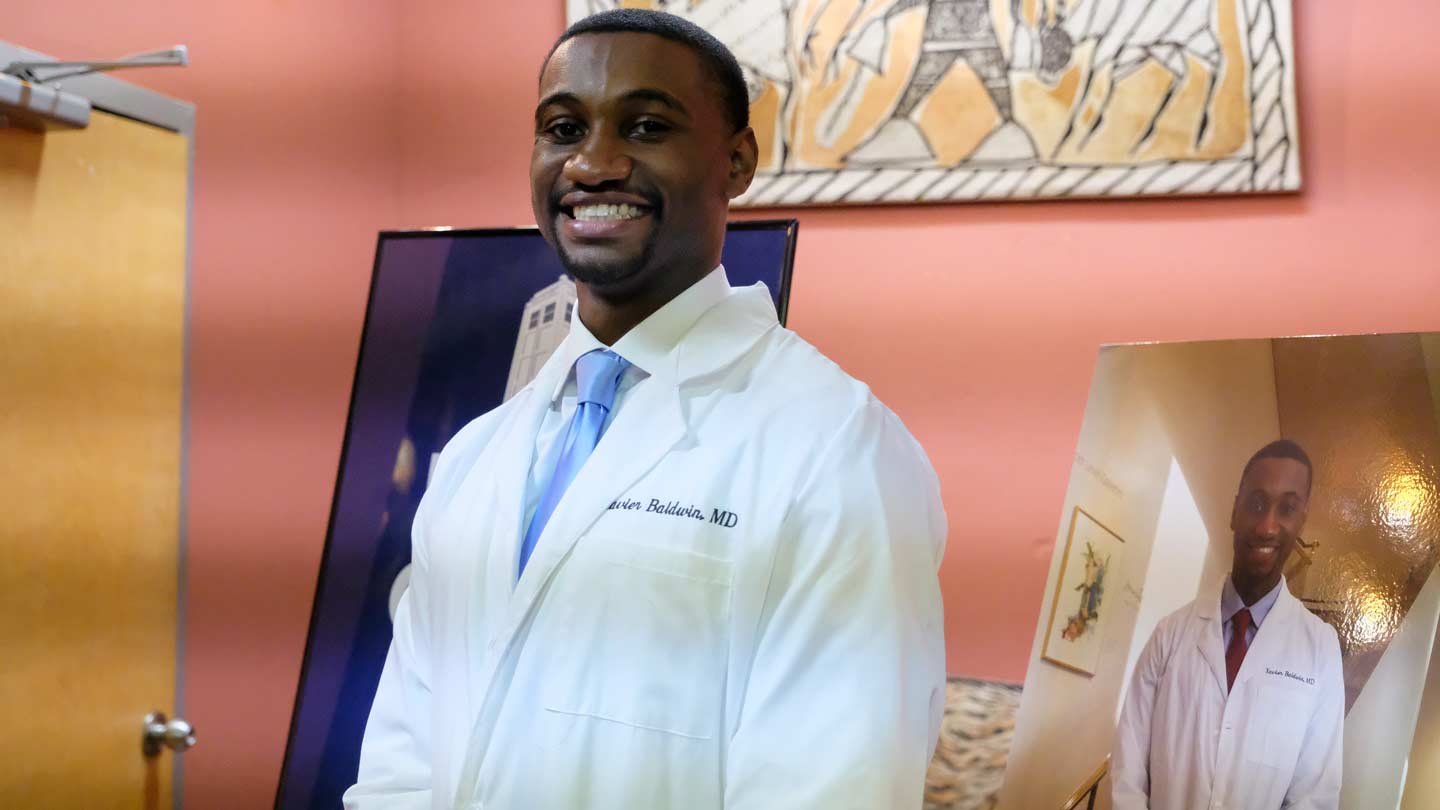 Family tradition and the passion to learn more about the science behind disease laid the foundation for Xavier Baldwin’s career as a physician.

"I started playing basketball at the age of five and have loved the game ever since. I only play one to two games per month now, due to surgery training," said Baldwin. While playing guard for the UAH Chargers, Baldwin was known by two nicknames, "X" and "Doctor." No matter the name, everyone knew Charger #25 intended to become Dr. Xavier Baldwin.

While achieving basketball success at UAH, Baldwin delved deeper into another passion, acquiring medical knowledge. "I found I could still love basketball without going on to play at the highest level (professional basketball)." 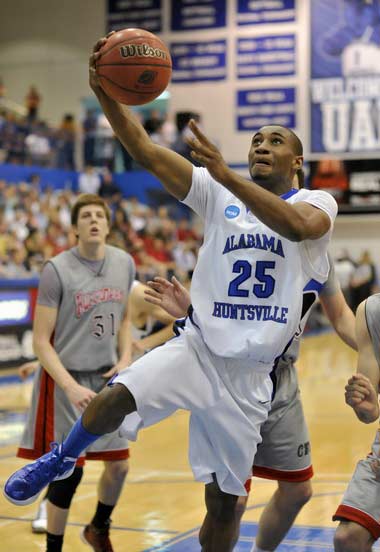 "The academic rigor at UAH prepares you adequately for most avenues of post graduate training. I knew I was interested in medicine following the biology/science courses and help from several peers pursuing the same career path," he added.

Baldwin is a second year general surgery resident at The University of North Carolina Hospital System. "Healthcare is consistently evolving and changing with the influence of government, technology, and an aging population. It’s hard to make a prediction on healthcare years from now, but as I finish training, I hope to have a lasting impact."

Baldwin said a career in medicine could be a rewarding one. "I would encourage interested students to research and look into the multitude of careers available. Just remember, whatever path you choose, the training will be difficult, but the impact is what will truly matter."

Baldwin now joins his mother, a physical therapist, one sister, an anesthesiologist, and two other sisters, nurses in the medical field.