UAH's Cindy Backus leaves behind a rich legacy, and a lot of funny stories 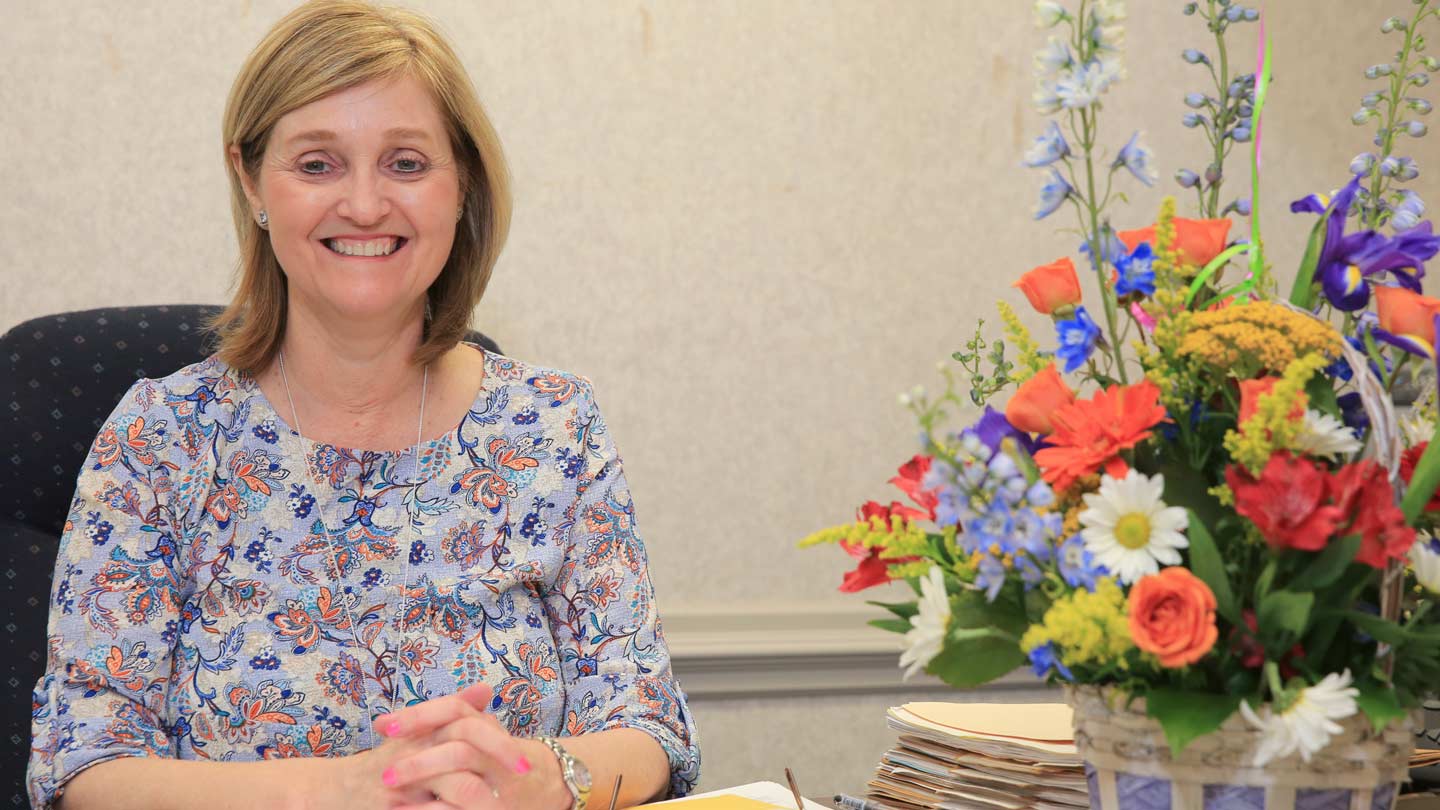 Cynthia "Cindy" Backus' UAH career began in 1985 in the Department of Personnel Services (now Human Resources). She retires on March 31.

It's been 384 months and Cynthia "Cindy" Backus remembers them all. On Friday, March 31, Backus will retire from The University of Alabama in Huntsville (UAH) after 32 years of service.

Her UAH career began in 1985 in the Department of Personnel Services (now Human Resources) as a Secretary II. Backus now serves as Director of, Employment, Employee Relations and Compliance. She was responsible for recruiting, hiring, compensation and classification, temporary employment, employee discipline, and problem resolution for staff employees. Additionally, she manages the background check process for the university.

Backus fondly recalls when there were no desk top computers for secretaries or office assistants. "I used a Magnetic Card Selectric Typewriter and thought it was wonderful! Applications were set up on clip boards and the information was 'entered' by hand into a log book. If a position was advertised, we could easily have 50 or more people in our lobby completing applications," she said.

"Desk top computers definitely made our work easier…especially when we were able to do away with paper applications and implement an electronic application system. Keeping up with new laws and regulations is always a challenge. Much work is done behind the scenes to ensure that the university is compliant," she noted.

Through the ebbs and flows of working in one of the university's core departments, there is bound to be a number of awkward moments. Backus shares a few priceless gems.

"There are so many funny incidents, we had a lady who came to an interview in her bedroom slippers because she forgot to put on her shoes and was afraid she would be late if she went back to get them. And, rather than rely on letters of recommendation to get a foot in the door, one gentleman offered to serenade us with his flute. I can't forget the lady whose electric curler fell out of her hair and rolled across the floor during her interview," Backus said. "But, the biggest interview fail had to be the man who not only answered his cell phone during his interview but carried on a conversation with his wife about their dinner plans."

Serious UAH applicants, Backus said, should be willing to start out in an entry level position. She also offers a heads-up: Expect HR departments everywhere to be compelled to follow more laws, rules and regulations.

Backus said the most rewarding part of her job as Director of Employment is calling to make a job offer to a person who has been unemployed (or unhappy in their current position). "I have heard 'tears of joy' many times over the phone." She offers some sage advice for her successor: "Do your homework and know your subject matter, remember there are always two sides to every story, and document, document, document."

Backus said she would like the university to remember her as someone who treated applicants, employees, and co-workers, fairly and with respect.

A big chunk of Backus' retirement plans include volunteering at Big Brothers Big Sisters of North Alabama. There will be some fun stuff too, spending time at Smith Lake with family and going to the beach and traveling. "My husband, Mike, and I are planning a trip to Atlanta. First we will see the Braves play in their new stadium, Suntrust Park, we will attend a Billy Joel concert the next night, and then head to the beach to celebrate our 36th wedding anniversary. I also plan to spend time with my grandchildren, Leigh Ann, three years old, and her little brother Ryan, 11 months old and their parents, Scott and Leslie Backus, as well as visit my daughter Missy and her husband Alex (along with my grand dog and grand cat) in Fairhope, AL.