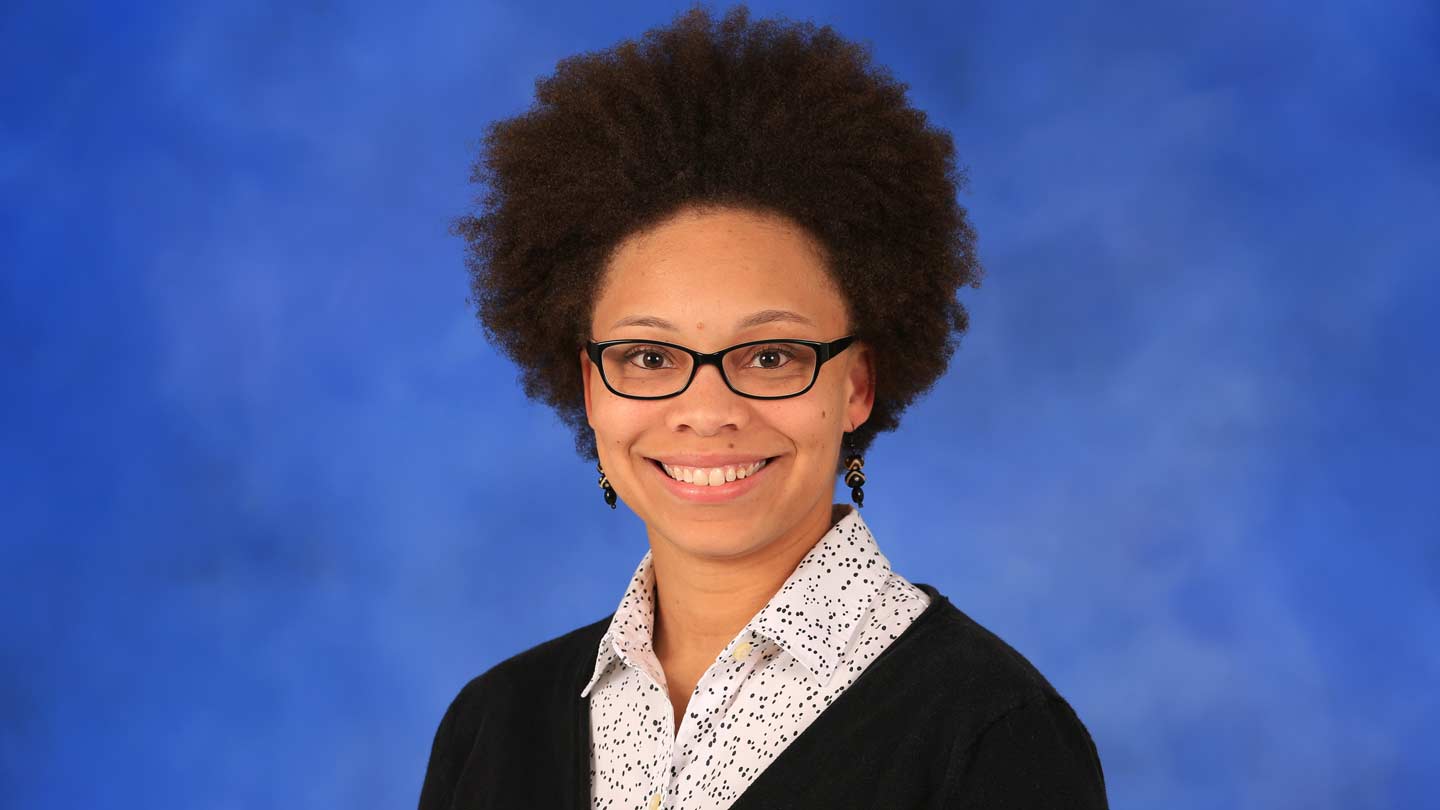 "I have always been attentive to racism, sexism, and other social issues. As a child I questioned why 'running like a girl' was seen as negative when track stars like Flo Jo were lightening fast," said Sims. "As a teenager I was both fascinated and annoyed by what I now know are called racial micro-aggressions. When I saw that these were the types of topics that sociologists used research to examine, I knew I'd found my career."

Sims is an incoming Assistant Professor of Sociology at The University of Alabama in Huntsville's (UAH) College of Arts, Humanities and Social Sciences Department of Sociology. Initially a chemistry major with plans to become a medical researcher, she changed majors to sociology after seeing the wide variety of course offerings.

Originally from Nashville, TN, Sims comes to UAH after spending the last decade in Wisconsin. She received her PhD in Sociology from The University of Wisconsin (UW)-Madison, which is consistently ranked as one of the top sociology graduate programs in the country, and then taught as an Adjunct Visiting Professor at UW-River Falls.

Sims’ research examines racial construction, perception, and identity. Her Master's degree was a quantitative analysis of the impact of the stereotype that mixed race people are always attractive. Her dissertation was a qualitative study of mixed-race people’s experiences navigating racial ambiguity and resulted in her offering new insights on an established identity development theory.

"One of the main theories of racial identity development is that people come to understand who they are racially based on how they think others view them. However many mixed race people are frequently asked "What are you?" which communicates that some people do not initially have a clear racial perception of them. Other mixed race people are frequently assumed by others, based on appearance for example, to be race/ethnicities that they do not identify as. Traditional identity development theories did not explain how racial identity forms if one is getting mixed messages."

From interviews with mixed race people in the United States and United Kingdom, Sims theorized that people can experience mixed messages as one unitary perception. "In my dissertation and most recent article I propose that the "consistent inconsistent perception" that many mixed race people experience is not internalized as multiple different messages, but is instead felt as one–being perceived as mixed race."

Upon completion of this interview-based project, Sims launched a follow up experimental study. "It is an uncomfortable fact that how others perceive us racially has enormous impact on not just our identity development but on all aspects of our lives. A number of the black/white mixed race women I interviewed for my dissertation felt like others perceived and treated them differently depending on hair style, so I assembled a research team and we conducted an experiment at three universities across the country to empirically test their hypotheses. Recent racial discrimination lawsuits against schools and companies for banning various hairstyles make this topic timely and policy relevant, so I am excited to continue working on it here at UAH."

This fall Sims is teaching Introduction to Sociology and Race/Ethnicity. In the spring she will add Sociology of Sexuality. A big proponent of active and collaborative learning, she plans to have discussions and in-class activities feature prominently in her classroom. "I am excited about teaching at UAH. I hope to spark intellectually stimulating debates and discussions. With everything going on presently, these are the conversations that students–our future leaders–need to be having. I think sociology gives people the language and conceptual tools needed to process, talk through, and address complex social issues."

Sims considers teaching as well as research vital to this undertaking. Being able to do research that is relevant is one thing Sims loves about the social sciences. "The topics that sociologists investigate are relevant to people's daily lives" she said. For this reason, Sims makes a point to engage in public sociology by also writing for popular presses which have a broader readership than academic journals. She publishes analyses of current events as a contributing writer for The Christian Recorder, the oldest continually published African-American publication in the country. She also has written for online forums like racismreview.com.

In addition, Sims is the author of a number of published journal articles and book chapters on race and racism. She currently has three manuscripts in preparation including a piece entitled, "‘We were all just the black kids’: Black mixed-race men and the importance of black male peer groups for identity development."

On a personal note, she is a huge Harry Potter fan. As a graduate student, Sims led an international team of scholars to produce the first book-length sociological analysis of Harry Potter, The Sociology Of Harry Potter. Last year, she was the featured speaker at Edinboro University's (Edinboro, PA) annual PotterFest.

"My talk was entitled 'Harry Potter and Promise of Sociology.' Like my book, the point was that viewing the fictional wizarding world through the concepts and theories that are central to sociology helps to better understand the story as well as ourselves and our social world, too. Plus it's fun. What's life without a few dragons?"