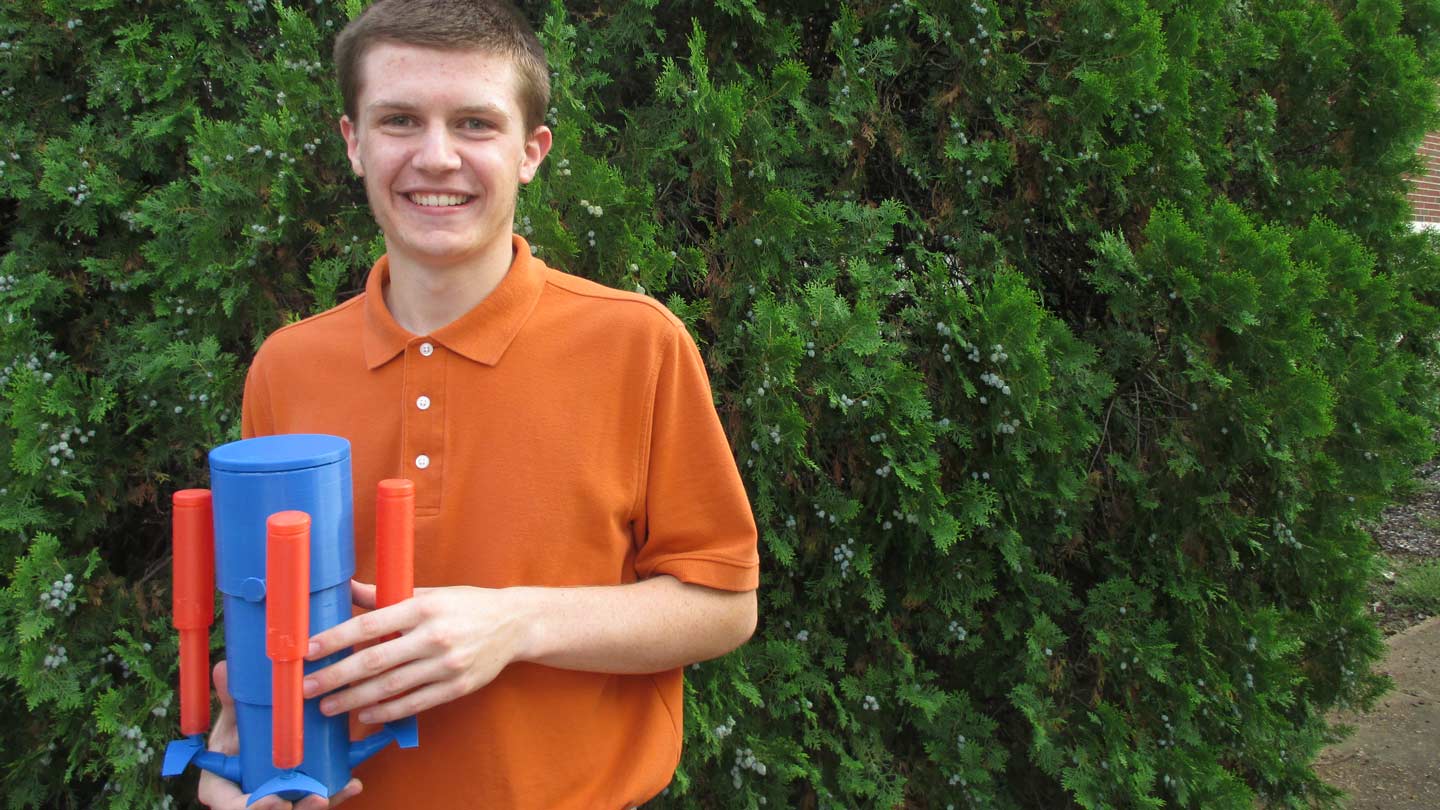 UAH engineering student Thomas Salverson took home the grand prize in the Future Engineers Think Outside the Box Challenge with his design for a 3-D printable expanding pod.

Thomas Salverson was first introduced to 3-D printing as a high school student in Gretna, Neb. "I was in a computer-aided design class and the science teacher who had the printer asked if I wanted to try it out," says the freshman mechanical and aerospace engineering double-major at The University of Alabama in Huntsville (UAH). "I loved it! And once I realized I could make anything I could design, it became my passion."

The following year, his father purchased a 3-D printer for the family, and soon after, Salverson entered his first Future Engineers computer-aided design competition. "It was a container that would be useful for astronauts in a microgravity environment," he says, before adding with a laugh, "I didn’t win!" But he also didn’t give up, and now that perseverance has paid off. Salverson was just named the grand-prize winner of the Future Engineers Think Outside the Box Challenge. "When I found out I won, I was just amazed," he says. "I couldn’t believe it."

Once I realized I could make anything I could design, it became my passion.

Open to K-12 students across the country, the challenge was issued earlier this year to celebrate the launch of the Bigelow Expandable Activity Module (BEAM), a lightweight expandable habitat currently being tested by astronauts aboard the International Space Station (ISS). To that end, participants were asked to design a 3-D printable object that could assemble or expand to become larger than the boundaries of the printer aboard the ISS, similar to the way in which the BEAM inflates to increase the living area of the space station. "That also means it can collapse back down to save space, which is precious," he explains. 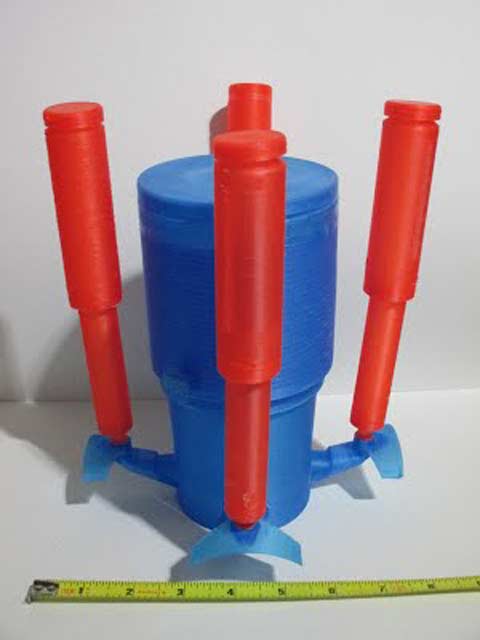 Salverson’s design comprises one main pod and four side pods that expand and connect to form a watertight container for use in a microgravity environment.

Salverson knew from the outset that he wanted to create "some type of container" that could expand in all three dimensions; to make it even more challenging, he envisioned one that would be watertight once expanded. "Many 3-D printed structures are not watertight because it takes more thought to ensure that they are," he says. "But a watertight container would increase the number of things the astronauts could use it for, so instead of just using it to hold their toothpaste or toothbrush, they could put liquid in it to grow a plant or to perform science experiments."

Ultimately he came up with a five-piece pod that he named…the expanding pod. "I’m not the most creative when it comes to naming my designs!" he laughs. Once printed from the initial rectangular piece of plastic, each of the pods – one main pod and four side pods – expands into three tiers with each tier screwing into the other to create a watertight seal. "Then, because all of the pods are united, the entire thing can hold water in microgravity," says Salverson, who submitted his entry only after first testing a prototype made on his family’s 3-D printer.

Two months later, he learned he’d been named winner of the Teen Group (ages 13-19) category and would be receiving a Heimplanet inflatable tent and a $50 3-D printing gift certificate from Shapeways. "I really did not think I would win," he says. "There were so many great entries." And shortly after that, he received an email letting him know he’d also been selected as the competition’s overall winner, complete with an all-expenses-paid trip to Las Vegas, Nev., for a tour of Bigelow Aerospace.

Not one to rest on his laurels, however, Salverson is already looking ahead to when he will be able to enter his next 3-D printing competition. "For me, these computer - aided design challenges are just a way to spark an idea for what I want to design, so I keep watching the Future Engineers website for when they release the next one," he says. And should he end up being too old to enter, he’s already got someone in mind to carry on the Salverson legacy. "I’ll encourage my younger brother to compete!" he says with a laugh.