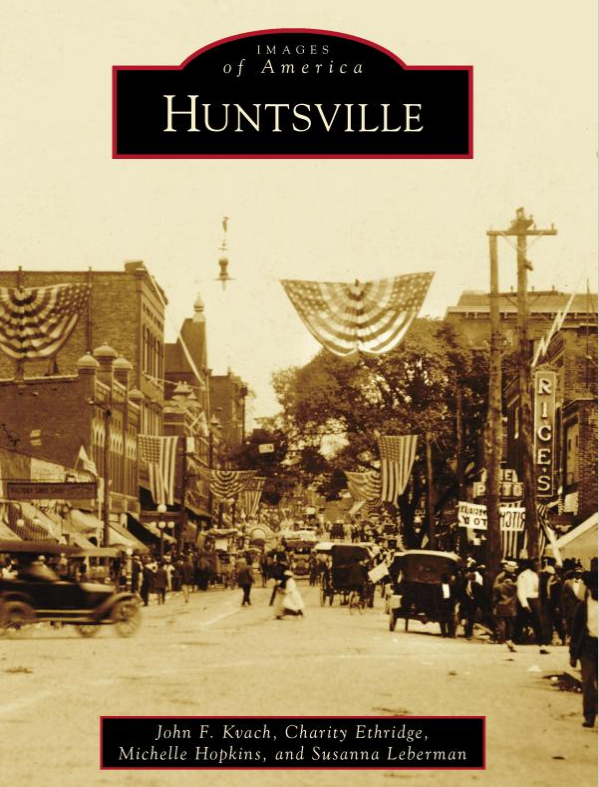 HUNTSVILLE, Ala. (September 24, 2013) - It's common, if not required, to be a published author as a college professor. But as a student, it's a rare accomplishment. And yet two undergraduates at The University of Alabama in Huntsville (UAH) can make that claim: Charity Ethridge and Michelle Hopkins.

The students, along with UAH history professor Dr. John Kvach and UAH alumna Susanna Leberman, are coauthors of Images of America: Huntsville. Published by Arcadia, the book is a pictorial history of the city dating back to the early 1800s.

"I'd advised both Charity and Michelle, so I knew they were excellent students," says Dr. Kvach of how he chose Ethridge and Hopkins for the project. "They had earned the chance to work on this book through hard work."

So with the help of Leberman, an archivist at the Huntsville-Madison County Public Library, the two history majors sorted through the thousands of photos stored in the library's archives, searching for just 128 that would convey the story they were hoping to tell.

"We wanted to go in chronological order but we wanted to avoid the typical progression from cotton town to Rocket City," says Dr. Kvach. "Instead, we wanted to show the people who aren't usually included or who have been underrepresented in the city's history."

And while he says he was the arbiter "to make sure every demographic was proportionally represented," the students did everything else, from selecting the photos to scanning them in and writing their captions. 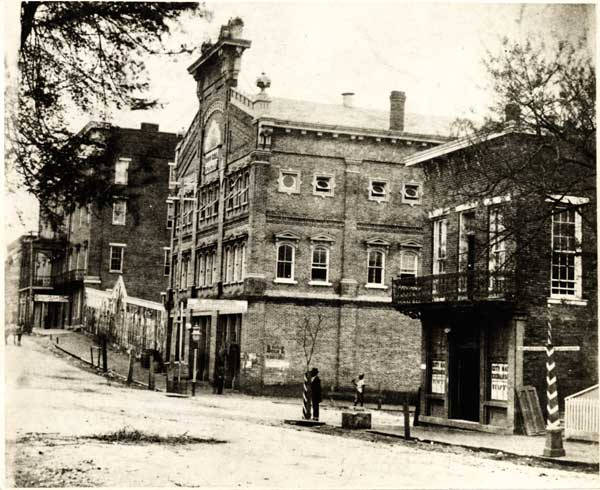 This photo of the Huntsville Hotel, circa 1859, was selected for inclusion in the book.

"It was great for them because they got to put what they'd learned as history students to use in the field and to think like a public historian," says Dr. Kvach, who is also the director of UAH's Center for Public History.

Today, the book is sold on Amazon.com as well as at a number of local retailers. And for every copy sold, all royalties go to the university's Public History program (which was just recently named an official minor within the College of Liberal Arts).

"Charity and Michelle willingly gave up their share to the program," says Kvach. And that's not the only legacy the students left to the school. "In creating something useful for the community, we've shown what the university can do."