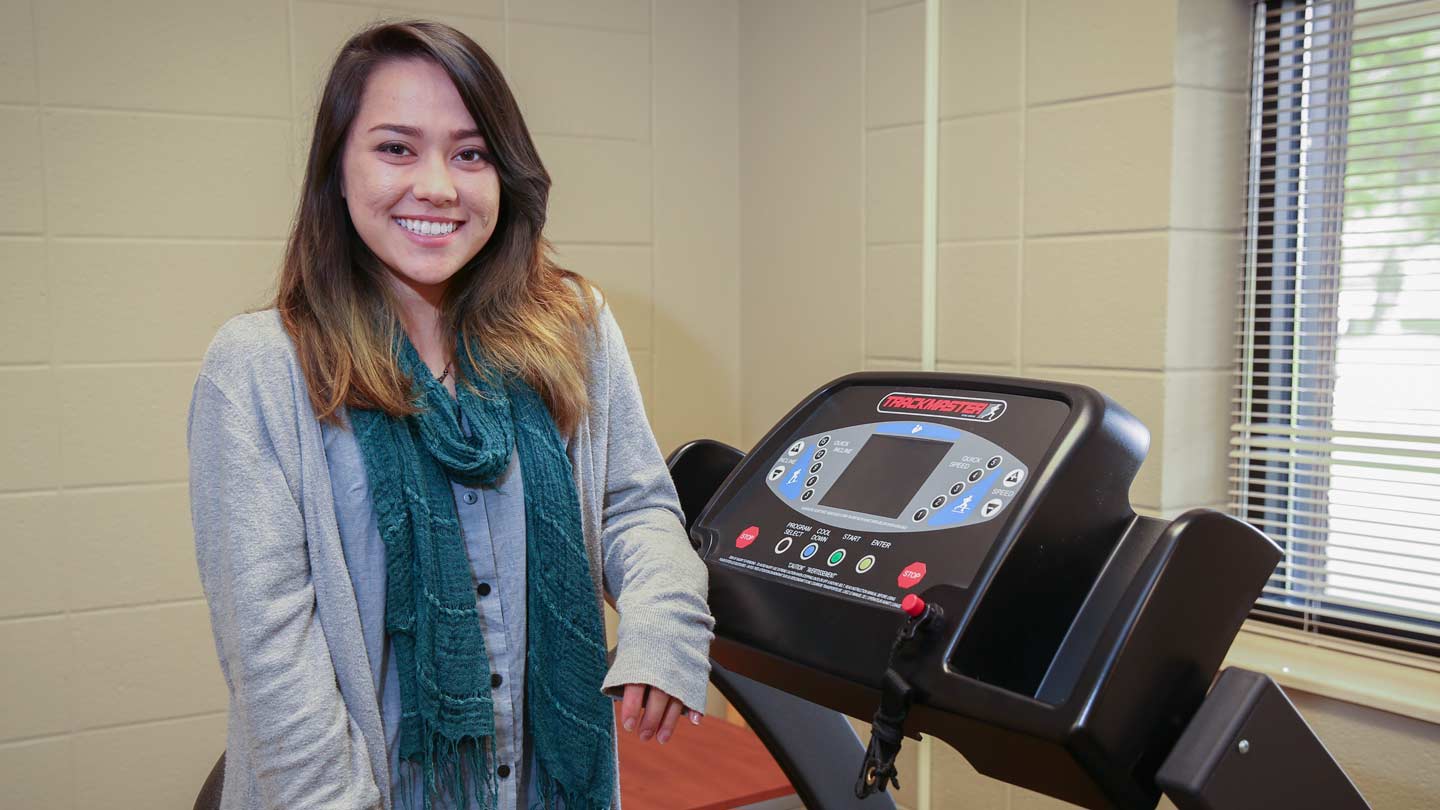 Melody Brown is one of the first students at UAH to enroll in the new kinesiology degree program at UAH. She also currently serves as president of the Kinesiology Club.

Melody Brown's interest in fitness began when she attended high school in Japan and was one of just a handful of girls on the wrestling team. The University of Alabama in Huntsville (UAH) student also played on the volleyball team and ran cross-country. So it's no surprise that when UAH added kinesiology to their undergraduate degree programs, Brown changed from an exercise physiology minor to a kinesiology major as soon as the option became available.

According to David Kyle, senior associate director of the Kinesiology Department, kinesiology is the second-largest degree program in the U.S. And since coming to UAH 11 years ago, it's been his dream to add a kinesiology degree program. Now he is also looking forward to adding a research element to the curriculum. "We have a new kinesiology research lab in Wilson Hall," he says. "And we're excited about being able to do such things as metabolic testing, which measures oxygen consumption during exercise."

As Kyle explains, the field of kinesiology is extremely broad, which allows students to go in a number of different directions. UAH offers two areas of concentration: exercise science and physical education (P-12). The first prepares students for both graduate studies and entry into fitness and wellness, sports and strength coaching, and physical therapy; the second prepares students to get the licensure required to teach physical education in the state of Alabama.

I just want to help people. I think exercise is for everyone, and I want people to have common knowledge about fitness.

Brown, who will graduate in 2017, opted for the exercise science track, which she hopes will one day translate into a career in fitness. "I just want to help people," she says. "I think exercise is for everyone, and I want people to have common knowledge about fitness." In the meantime, she's enjoying the opportunities that have opened up to her since becoming a major in the field. "It's shown me how much more there is to do out there," she says. "I really want to be involved."

One thing that is behind her, however, are her wrestling days. But while she misses the sport, Brown still manages to stay active, whether it's going on hikes or taking a Jujitsu class. She is also involved with her sorority, Alpha Omicron Pi. In fact, it was a sorority sister who encouraged her to join UAH's Kinesiology Club (formerly known as the Exercise Science Club). Now she serves as its president, working to create opportunities for other students to get involved in fitness. "We are really growing," she says. "So we're looking for help, enthusiasm, ideas - everything!"