HUNTSVILLE, Ala. (April 26, 2013) - Justin Swearinger came to Huntsville to build rockets for NASA. But then, The University of Alabama in Huntsville (UAH) student succumbed to the passion and the power of music instead.

Unlike most entering college freshmen Justin's mind was made up about his field of study before he arrived on the UAH campus: aerospace engineering. He was as studious in selecting a university, as he was in taking engineering-related advanced placement (AP) classes in high school.

"My mom and I read about UAH online …. How it was an up-and-coming school that had a very strong engineering program, particularly in aerospace engineering," Justin said. "I applied to many schools, including several highly prestigious universities, but UAH definitely offered the best deal as far as financial aid and future job prospects. I was also happy to know that there was a music program because I was strongly considering double-majoring when I first got to UAH."

The Marion, Iowa, native not only excelled in his high school English, calculus, physics and chemistry classes, he was also a gifted music student -with outstanding performances in band and choir. "During my senior year of high school, I participated in every music ensemble I could, because by then I had already taken all of those physics and chemistry courses. So, I came into UAH after having a year full of music, and UAH gave me even more opportunity to overload myself with musical activities."

In the end, Justin's decision to switch majors from aerospace engineering to music was a heart thing rather than a hard thing to do. "At UAH, I kept adding more and more musical ensembles and became reluctant to continue on with engineering courses. I knew I would be happier with music …. So I just went with it."

"Imagine the conviction and bravery it must have required for Justin to abandon his declared field of study in aerospace engineering in order to unabashedly pursue his passion for music," said Dr. Dave Ragsdale, department chairperson and associate professor of music at UAH. 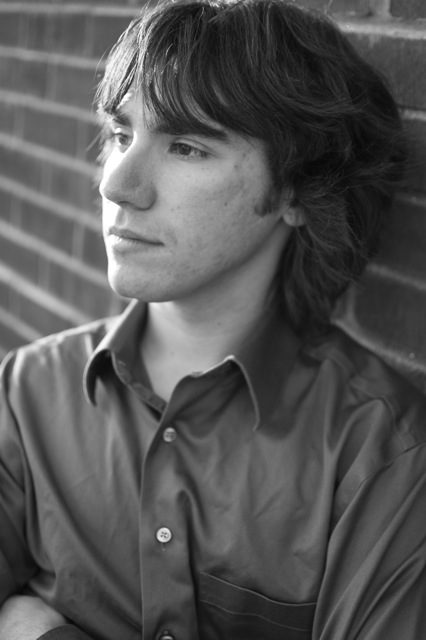 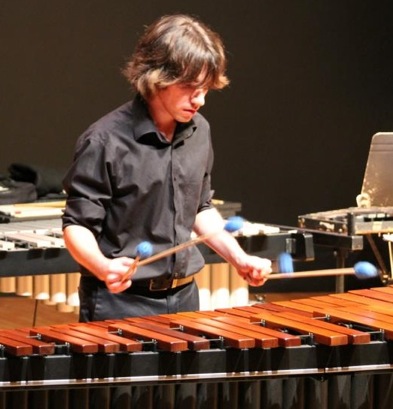 "Justin embodies Leonard Bernstein's famous anecdote about artists: "The key to the mystery of a great artist is that for reasons unknown, he will give away his energies and his life just to make sure that one note follows another ... and leaves us with the feeling that something is right in the world." The world needs more artists like Justin, who follow their heart instead of climbing the ladder."

Justin credits the UAH music program with "allowing him to try a little bit of everything." He has been in practically every music ensemble the department offers and taken many music classes that were not required for his major. "UAH has prepared me quite well," Justin said. "I've been exposed to so much, and I have a lot of experience in many different facets of music. I think the best part of the program, though, has been all the individual attention I've received over these last four years. I feel like I've really bonded and learned a lot from all of the music faculty, especially Dr. Dave Ragsdale."

As he reminisces about his love of music, Justin shares one of his mother's favorite stories of him as a little boy of four, singing songs from the Star Wars movie soundtrack.

"Growing up I listened to a lot of grunge, 80's music, and classic rock (all courtesy of my parents). But I also fell in love with film scores and oddly enough, the soundtracks from video games. I started band in fifth grade, and it was my main extracurricular activity all the way through high school. As I got older, I became much more interested in band literature as well as what most people refer to as 'classical' music."

While attending UAH Justin has played in the steel drum band, sang and played in the Celebration of Life, the memorial service for the three university faculty members killed in the 2010 campus shooting. In addition, he has participated with many music groups in the community, such as the Brass Band of Huntsville, Percussive Artistry, First Presbyterian Choir, and the First Baptist Church Orchestra.

On a personal level, he questions whether or not he is truly "musically gifted."

"I don't know if I'd say I have a gift of music, but I do try to devote myself to it 100 percent. I try to work really hard to continue to grow as a musician and create music that I can be proud of, and that I think will engage the audience."

Justin's dream job is to be a symphonic percussionist, considered by most musicians in the field to be the rock stars of the music industry. He is also interested in teaching, performing, conducting, and/or composing at the university level. "I'm interested in so many areas that it is difficult to choose just one. But luckily, a university position allows a lot of freedom to pursue many areas of music. Musicians are both blessed and cursed with variety."

After graduating from UAH on Saturday, May 4, Justin plans to study music at the graduate level.