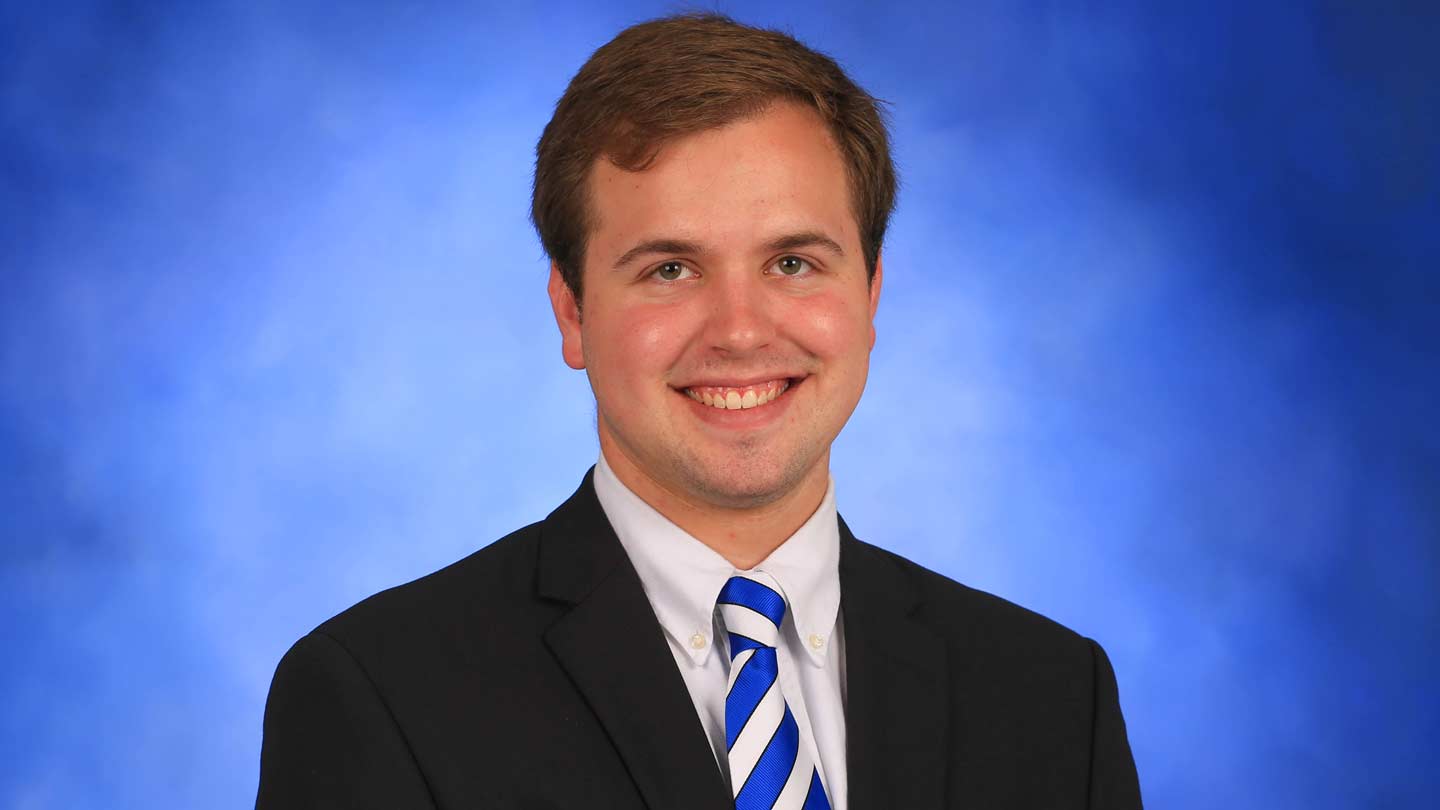 Garrett Wilson spent his senior year at Sparkman High School trying to leave his hometown and pursue his bachelor’s degree somewhere new. That was until the Huntsville, Ala., native accompanied a friend to New Student Orientation at The University of Alabama in Huntsville (UAH) and "fell in love with" the school that was near him all along. "This place is a small university with a big university feel," he says of the appeal.

Once enrolled, Wilson’s next step was to find out how the university could help him achieve his goals of one day going to medical school. The answer? UAH’s Pre-Health Professions program, and its affiliated student-run organization, the Medical Careers Club (MCC). The organization meets every three weeks, and often features Q&A sessions with current med students and other health-related guest speakers as well as mock interview and resume building workshops to prepare MCC members for the next step.

Initially Wilson joined as a member, but by the spring of 2014, he was elected president. Now, as the club’s "public figure," the chemistry and biology double major is responsible for scheduling presenters, planning health-related social events and field trips to area medical schools, and arranging volunteer opportunities for MCC members. "I’m always busy!" he laughs.

The club’s signature event is Health Careers Day, which they sponsor along with the pre-health honor society Alpha Epsilon Delta. "High school students from all over North Alabama are invited to participate in the many exhibits and sessions, like practicing sutures, learning how to make lip balm from scratch, and watching a live cadaver dissection via webcam," says Wilson.

The day also includes a professional school fair where students can meet with admission officers from across the country. As an aspiring med school applicant himself, Wilson knows just how difficult it can be to gain acceptance, let alone land health-related scholarships and internships. But as president, he hopes to inspire MCC members to work together and not against each other. "We don’t want to be competitive with each other," he says. "We need to help each other."

Wilson’s ultimate goal is to become a physician scientist with a focus in genetics, and though only a junior, he’s already built an impressive resume to that end. An Honors student, Wilson has participated in UAH’s Research & Creative Experiences for Undergraduates program. He also works as a resident assistant, regularly takes part in community service opportunities, and is a member of several other student-run organizations. And this summer, Wilson will be working on his senior Honors thesis in the Genomic Services Lab at the HudsonAlpha Institute for Biotechnology and in the clinical diagnostic lab at Huntsville Pediatric Associates.

As for whether he has any regrets about attending his "hometown school" instead of going elsewhere, the answer is an unequivocal no. In fact, Wilson says he is more excited than ever about the direction the city is heading and its "rebranding" thanks to recent efforts to revitalize the downtown district. "I fell in love with Huntsville," he says, "and I love being able to be part of it."