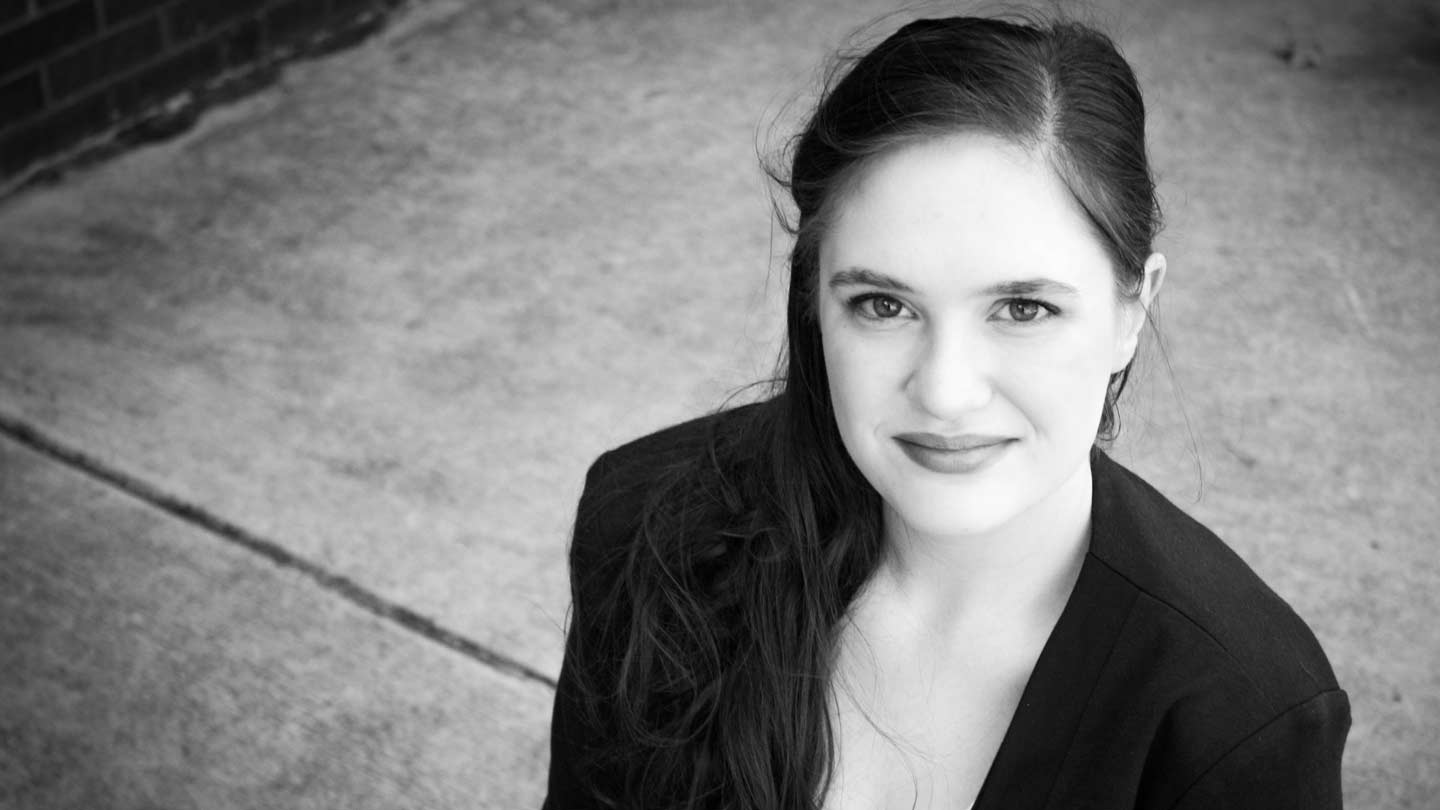 A trip to the Southeastern Theatre Conference (SETC) in Mobile made with assistance from The University of Alabama in Huntsville (UAH) Theatre Department has landed a newly minted alumna an assistant stage management position.

"SETC is a giant conference, focusing on promoting theatre through workshops and through connections," says Laura Martin, who graduated in May with a bachelor of arts in English and theatre and will be working at Stagedoor Manor Performance Arts Training Center in Loch Sheldrake, N.Y.

"There is a huge job contact room where you can go in and interview for hours on end with hundreds of companies hiring for summer and year-around jobs. I spent my entire time at the conference in this room, interviewing with 22 companies. I was also able to network from our booth in the college expo room, where colleges can meet with incoming freshman and recruit."

She says it is a "really big deal" that UAH’s Student Government Association (SGA) helps to sponsor the theatre trip to SETC.

"A lot of universities don’t offer financial help with these events. Because of that, so many individuals miss a chance to achieve great things because of financial strain," Martin says.

"Coming from a background where this was a very real issue, and knowing I never could have afforded this trip without assistance, it means the world to me that UAH helps us out. Our department is incredibly lucky to have the university’s support and help with getting to the convention each year."

She says there have been concerns over losing that funding, and she hopes that never happens.

"With that funding, UAH is giving students with low income and limited resources the chance to go to a convention specifically for their field. They are able to attend educational classes and listen to speakers from multiple fields," Martin says. "Having access to the workshops and to the career fair is essential in advancing students’ careers in theatre. It also benefits UAH by getting our name out there and recruiting new members into our program."

Martin, who says she has moved around a lot but calls Scottsboro home, will work backstage on multiple shows in her new job from May 30 to Aug. 20, helping the cast and crew throughout the rehearsal process and making sure that everything backstage runs smoothly.

"I will also work as a camp counselor, watching over a group of children and making sure they attend their workshop classes and rehearsals. I am actually going in two weeks early for ‘pre-camp,’ which is where a select few employees help set up the camp and prepare for the arrival of the remaining workers and the kids," she says.

"My job at Stagedoor is the beginning of the future for me," Martin says. "Every and any opportunity that I have to work in my field is a chance I have to take. As a professional in the theatre industry, we have to be well-rounded."

She gets one day off a week and New York City will be just a two-hour ride by bus.

"I definitely intend to make my way out into the city at least a few times. I just can’t say no to the opportunity to attend Broadway shows and explore a city rich with culture and art," she says. "Plus, I mean, where else can I get stellar pizza and fresh cannolis? I hope that I am able to explore as much of the city as possible while there."

After her contract is up, she hopes to line up another contract or return to the Huntsville area and work locally as much as possible.

"I believe in staying busy – getting idle can cause me to lose skills as well as motivation. Working with local theatre groups, like the International Alliance of Theatrical Stage Employees (IATSE) and even UAH theatre again, would be a great opportunity, and I plan to attend the SETC convention on my own next year to continue networking," she says.

"As someone who eventually wants to go back to school and eventually teach, I want to get as much experience within the industry as possible," Martin says. "I wouldn’t want to teach something I didn’t know inside and out. So working at Stagedoor – with incredibly talented kids and with professionals within the theatre field – is going to help me achieve my goals."