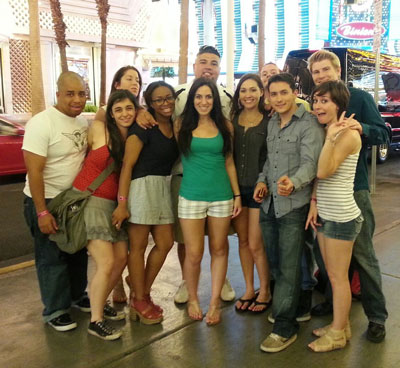 HUNTSVILLE, Ala. (August 21, 2013) - Much of the appeal of student-run organizations at The University of Alabama in Huntsville (UAH) is that they bring together students with similar interests. But that doesn't mean the students themselves are similar, says Erick Ordoñez, who has been teaching the members of the UAH Salsa Club for the last couple of years.

"On our salsa team we've got head-bangers, swing dancers, jocks, and nerds. I have someone who doesn't even dance because we don't have enough ladies to partner with him, so he's an alternate!" he says. "But we just come together, and for those hours, we practice. It's a family."

Ordoñez, who graduated from UAH with a degree in mechanical and aerospace engineering in 2007, originally picked up salsa dancing while living in Houston and working at NASA's Johnson Space Center.

"I knew the basics and I was in love with other forms of dancing, but in Houston, salsa is a huge thing," he says. "So I started taking classes, and five years later, I became an ok dancer."

But Huntsville was calling - "I love it here," he says - and in 2010 he transferred to Marshall Space Flight Center. Shortly thereafter, he decided to bring the dance style back to UAH by reinstating the then-defunct UAH Salsa Club.

"When we first started, we had 70 people in our club and 3 people attending class regularly," says Ordoñez. "But now we average about 50 members in class and have over 340 in the club." That's pretty impressive, he continues, when you consider less than 5% of the salsa club is Hispanic.

"When you talk about Hispanics, the first thing people think about is immigration," he says with a laugh. "But the first thing that comes to my mind is 'party!' We're just showing how great the Latin culture is in our community. It's all about respect and having a great time." 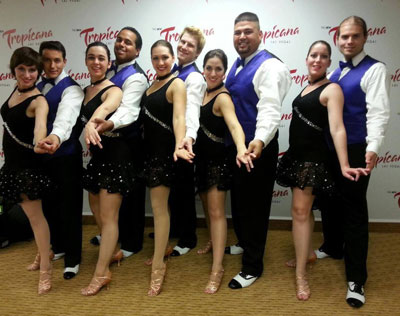 And indeed, the members of the club are from a variety of different cultures. Kristina Kuhlken, one of the club's earliest members, is an American of Italian descent, though Ordoñez calls her his "adopted Hispanic."

"I was already drawn to the Latin style - I just think it's a sexy dance," says Kuhlken. "And while I was really intimidated with partnering and uncomfortable, when I saw it, it looked like a lot fun."

Kuhlken, who graduated from UAH in 2010 with a degree in psychology, proved to be a quick learner, soon becoming Ordoñez's second in command. And eventually, the pair felt confident enough to put together a team to perform at last month's Las Vegas Salsa Congress.

"You have to send a video to qualify," says Ordoñez. "So we sent ours in, and they loved it. They loved that Alabama has salsa!" And while their two-and-a-half minute exhibition routine may not have gone perfectly, Kuhlken says, "we all had a blast doing it."

They also learned an important fact about performing: it helps to have racy outfits! "We're all conservative from Alabama, so we pretty much covered everything," says Kuhlken of the women's costumes. "But we definitely needed more sequins! Maybe fringe. Probably to show a little more skin!"

For now, though, the club will get back to focusing on what it's best at, and that's sharing their passion for salsa with the community, whether through its free classes every Monday evening or its periodical socials in the community.

"That's the goal," says Ordoñez. "All we worry about on Monday nights when we get to class is who are we going to impact that day? Because 20 years from now, people will have their own families and be doing their own thing, but they'll remember the one year they did salsa at UAH."