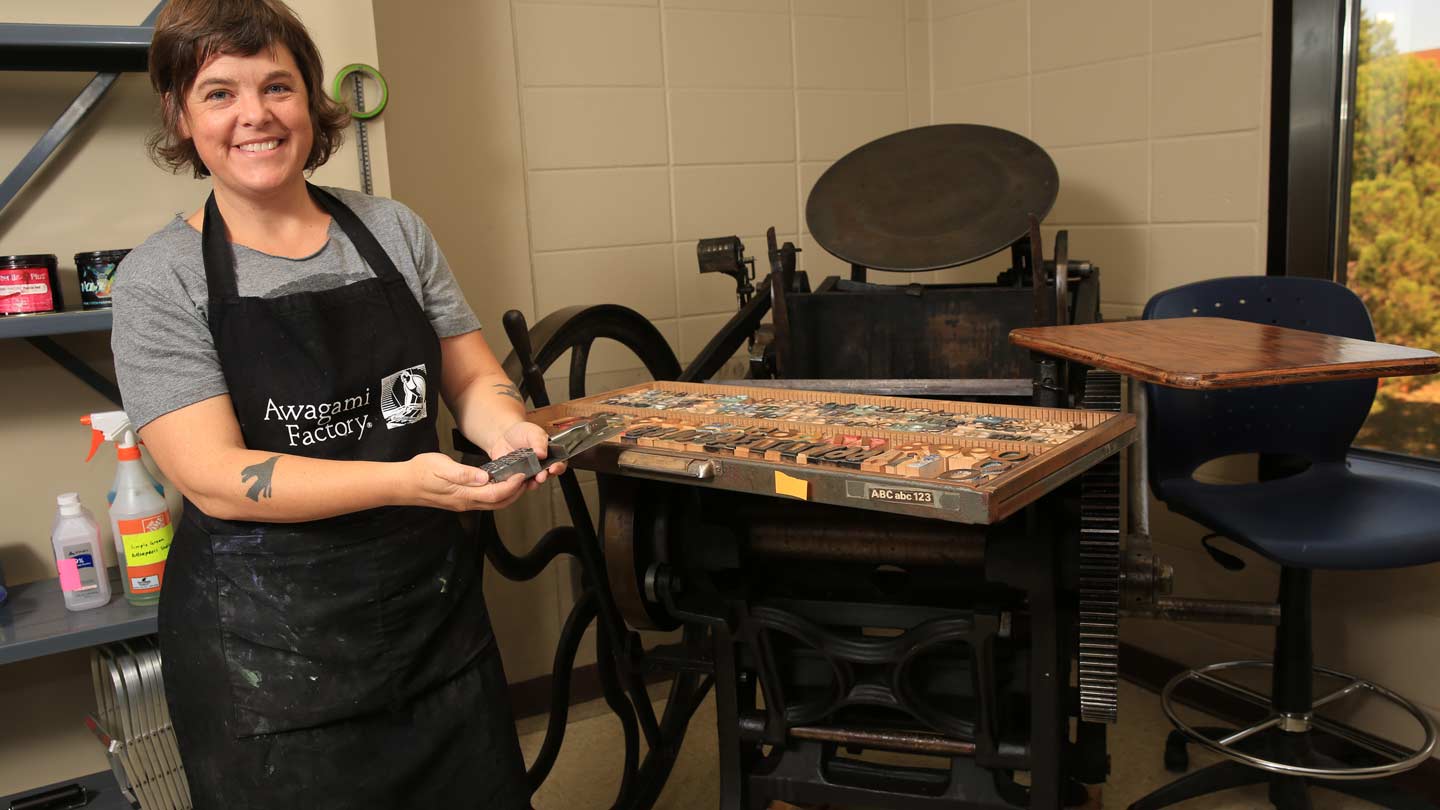 Katie Baldwin, assistant professor of art at UAH, has spent two decades studying the art of letterpress printing, including a stint as a type caster at a letter foundry.

Katie Baldwin's reputation as a printmaker and book artist is well known across campus at The University of Alabama in Huntsville (UAH) and in the local arts community at large. So it's no surprise that the assistant professor of art was hand-picked to serve as a juror for "Anthology: Visual Narratives from Nashville's Print Community," a new exhibition in the Conte Community Arts Gallery at the Frist Center for the Visual Arts. Highlighting the diverse talent in Nashville's expanding print community, "Anthology" features nearly 30 works by 24 artists and is on view through Feb. 7.

One of Baldwin's own passions is letterpress printing. She was first introduced to it in the early 1990s, and then studied it formally while pursuing her master of fine arts (MFA) in book arts and printmaking in the early 2000s. "I saw this real resurgence where the letterpress was being used to print but the plates were being designed on the computer," she says. "It kind of became financially viable again to have the aesthetic of the impression you get from the press but the flexibility of designing something on the computer." 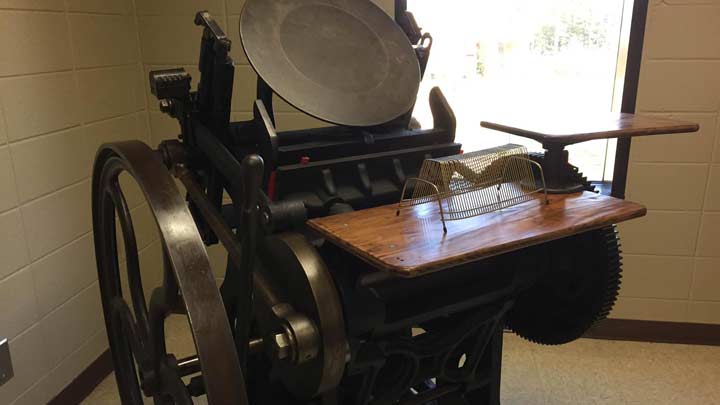 After UAH’s letterpress was brought back from obsolescence, Baldwin was able to introduce a letterpress workshop to her book arts class.

She became even more familiar with the technique after interning at the Bixler Press & Letterfoundry in upstate New York, where she cast type. "With a letterpress, the letters are cast individually - punches are carved out of iron and punched into a soft material that a lead letter is then cast from," she explains. "The letters are then organized in drawers called cases, and a map is used to help you find the letters. The most traditional is the California Job Case, which is organized in terms of efficiency and limits the hand movement between letters."

A series of fellowships, including one as the Victor Hammer Fellow in the Book Arts, led Baldwin to UAH, where she joined the faculty of the Department of Art, Art History, and Design. Her arrival coincided serendipitously with the Department's efforts to bring UAH's own Chandler & Price Press, since renamed the Rocket Press, out of obsolescence. "It had been moved into a shop and was being used less and less, so the faculty decided to bring it back to Wilson Hall," she says. "They ended up having to deconstruct the door and wall of the shack it was in - as well as the press ­- to move it."

That enabled her to add a letterpress workshop to her book arts class, something she says has met with mostly positive reviews. "Some students think it's time consuming and they don't like it," says Baldwin with a laugh. "But most find it really interesting, especially because it's tangible but also very connected to the computer ­- all the terminology in graphic design comes from the letterpress."

Each workshop culminates in a real-world capstone project. Last year, Baldwin and Genya Rocca-Owodunni, an intern visiting from Bennington College, worked closely with five UAH students to create a letterpress- and screen-printed book titled "Hey Huntsville" about different locations around the city. "We gave it out at the Southern Graphics Council Conference in Knoxville," she says. "It was a great way to showcase something we do here that's special." 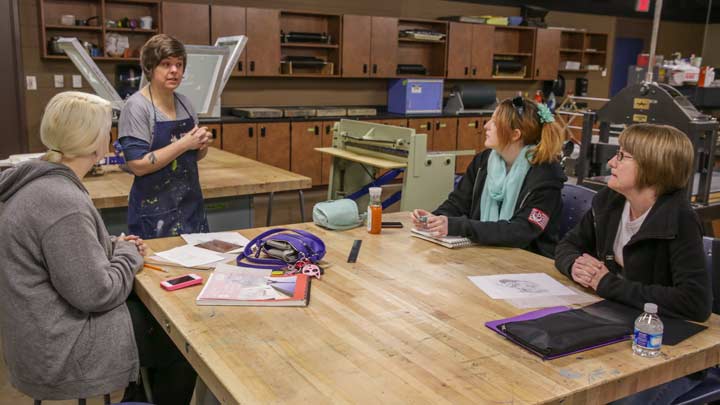 Each letterpress workshop culminates in a real-world capstone project, such as a letterpress- and screen-printed book.

More recently, Baldwin enlisted seven students to help with "Real Time, Real Place," a collaborative artist book. "They printed and bound the book as a team," she says, "and showed it during the Member's Portfolio Review at the College Book Arts Association Conference in Nashville." She also invited visiting artist Jessica Peterson of the Southern Letterpress in New Orleans to share her knowledge of the technique. "Jessica worked with students to print a French fold one-page book about Huntsville's famous cow, Lilly Flag."

She knows, of course, that it's probably not the fastest way to introduce a whole new generation to the joys of letterpress printing - inspiring a handful of students at a time. But Baldwin is playing the long game, something else she's learned from her own experience with the art form. "All of this works exactly as it worked one hundred plus years ago," she says. And come another hundred years, it will still be around. After all, she points out with a laugh, "you don't need electricity to run the press. If everything falls apart in Huntsville, we could still come up here and print!"