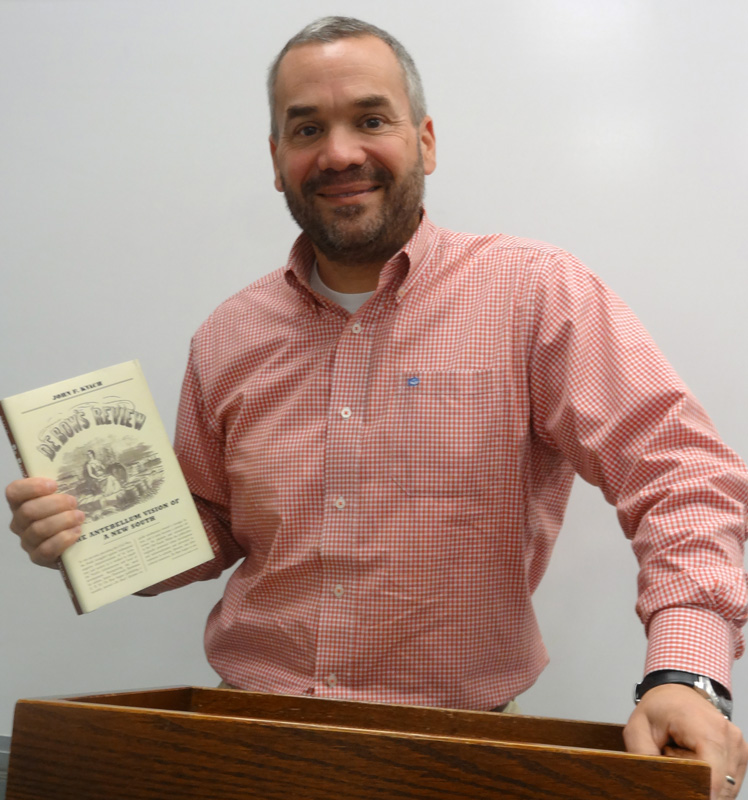 HUNTSVILLE, Ala. (Dec. 19, 2013) - It may seem like the government has never been less effective and less able to cooperate for the greater good of the people. But a new book by Dr. John F. Kvach shows that the political gridlock currently plaguing the nation has done so since its earliest days.

De Bow's Review: The Antebellum Vision of a New South - set during a time when the country was even more divided - reopens the debate on sectionalism and secession in the years leading up to the Civil War. But it does so through the eyes of one of the South's most controversial figures: journal editor and fire-eater James Dunwoody Brownson (J. D. B.) DeBow.

"I argue that De Bow was the most influential editor in the Antebellum South," says Dr. Kvach, professor of history at The University of Alabama in Huntsville and co-author of Images of America: Huntsville. "As early as the 1840s, he uses his journal to tell Southerners that they need to embrace commerce and industry."

De Bow argued that the South was increasingly becoming a colony of the North, which was drawing upon the South's resources - primarily cotton - without sharing any of the profits. And he worried that, if the North succeeded in colonizing the South, it would inevitably bring an end to slavery.

By 1860, De Bow's regional declarations had reached a fevered pitch. "He feels Lincoln's election is proof that the South's infrastructure will be destroyed," says Dr. Kvach. "So he becomes eager for a war that he believes will achieve Southern independence and vindicate everything he's said."

It was a policy of brinksmanship not unlike the type that characterizes our current political landscape. And just as it failed last fall, ultimately leading to a government shutdown, so too did it fail in 1860 with the outbreak of the Civil War. "Within four years, De Bow realizes his vision was wrong," he says. 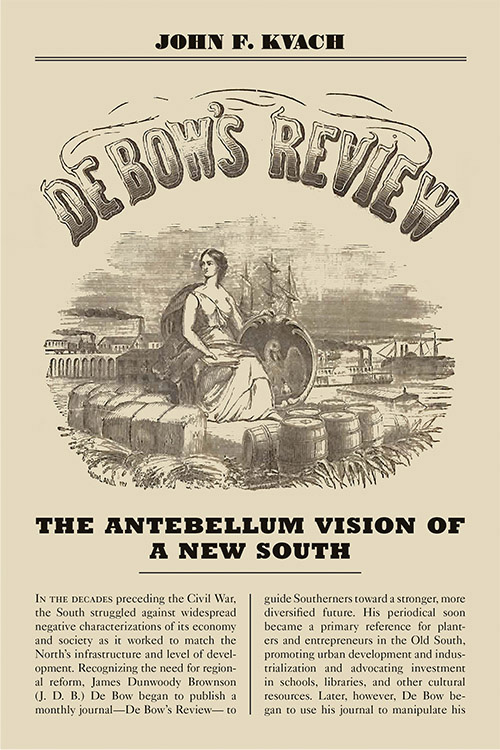 Perhaps if he had done more listening than fire eating, Dr. Kvach continues, "De Bow might have realized that secession wasn't the best solution." Instead, his educated, rational side "collapsed into this seething hate against the North, where by the end he only wanted to be right."

Thus, with the death of hundreds of thousands of Americans and the South's failure to secede, De Bow is forced to concede his mistake. But his subsequent efforts at reconciliation are soon cut short. "He ends up dying up North in 1867, so they put him on a train southbound and he just disappears," says Dr. Kvach, adding that no one knows where he is buried.

It was an ignominious ending - and one that belies the importance of De Bow's legacy. "It offers a reminder to Americans what happens when people don't listen to each other," he says. And it's one that couldn't be timelier. "In today's political climate, you see more and more people not willing to listen and only willing to talk past each other."

Whether politicians will take De Bow's lesson to heart remains to be seen. But so far De Bow's Review is earned nothing but praise from scholars in the field. Stephen V. Ash, author of A Massacre in Memphis hails it as "an insightful, original, deeply researched work of scholarship," while Bruce W. Eelman, author of Entrepreneurs in the Southern Upcountry, praises it as an "elegantly written biography."

"It makes me hopeful that the book will have an impact and help others realize why cooperation and compromise are so important," says Dr. Kvach. "Because when two sides talk with each other, problems are solved."

De Bow's Review: The Antebellum Vision of a New South is part of the "New Directions in Southern History Series," edited by Michele Gillespie & William A. Link and published by the University Press of Kentucky. It is available for purchase from bookstores and online retailers.