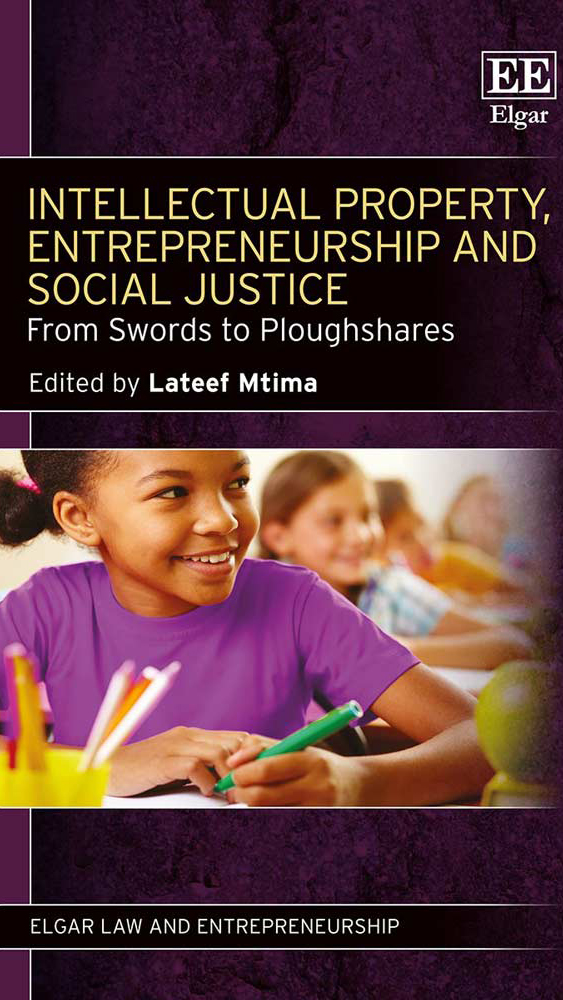 Dr. John R. Whitman, visiting professor and interim director of the Innovation, Commercialization, and Entrepreneurship (ICE) Lab at The University of Alabama in Huntsville (UAH), announced today his opening chapter contribution in the forthcoming publication of Intellectual Property, Entrepreneurship and Social Justice: From Swords to Ploughshares. The text, for schools of business and law, is edited by Lateef Mtima, professor of law at Howard University School of Law, and will be printed by Edward Elgar Publishing in early 2015.

As Whitman notes, "The concern for intellectual property social justice stems from disparities in awareness of legal rights and access to effective protections concerning creativity in writing, art, music, dance, inventions, and so forth emerging from economically poor populations that nevertheless have been extraordinarily prolific contributors to enriching culture for all. This book attempts to rectify the legal and business failures leading to such disparities."

A case in point, used in his chapter, is that of singer Barrett Strong, who originally wrote the song "Money (That's What I Want)," which was performed not only by him but also by the Beatles and the Rolling Stones, among other superstars. Yet Mr. Strong's music publisher and manager, Berry Gordy Jr., appropriated the copyright to the song by removing Strong's name on the copyright registration and never informed Strong; in turn, Strong never received his due compensation. Other examples can be found in other entertainment arenas as well as sports, including collegiate sports, in which athletes forego financial rewards for their performances and the market value of their identities as brands.

Whitman and Mtima have collaborated previously, co-hosting the eleventh annual Intellectual Property Law Seminar with the UAH College of Business Administration at the U.S. Space and Rocket Center in March 2014.

The text may be pre-ordered at: http://www.e-elgar.com/bookentry_main.lasso?currency=US&id=15562.