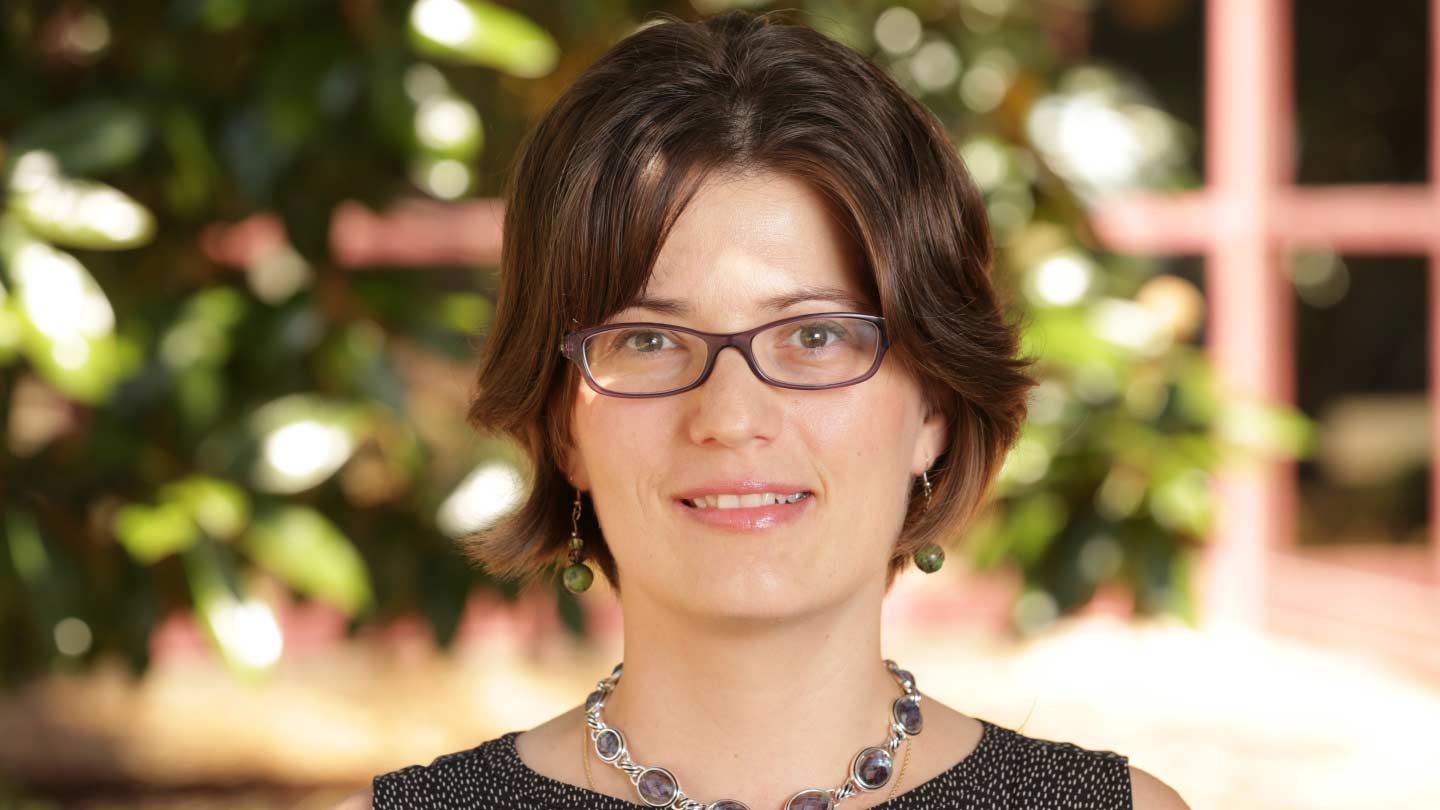 A flashpoint is on the horizon. A generation of women is sitting one level below the corporate rung and America is not ready for the change, according to a recent New York Daily News article.

"The trend of women climbing the corporate ladder is a visible, positive sign…Americans as a whole need to start thinking of women as capable and competent leaders," said Dr. Sophia V. Marinova, Associate Professor of Management in The University of Alabama in Huntsville (UAH) College of Business (COB).

The New York Daily News article, Corporate America Isn’t Ready for the Growing Women’s Movement noted too, that along with the upward trend of women advancing into management positions, women are also out pacing men when it comes to academic advancement. Today, women are pursuing and earning more Masters (60 percent), MBA (45 percent) and JD (47 percent) academic degrees.

"The current educational statistics for women are on point," says Marinova. "Such data are regularly collected and tends to show that women have accomplished a greater percent of higher-level degrees compared to men in a number of fields. They also tend to achieve an approximately equal percent of PhD degrees.

"It is clear from the data that women are still lagging a bit behind in their MBA education, which is an important stepping-stone in corporate America," Marinova said. "It is possible that because an MBA requires work experience that some women who have already started a career and a family find it harder to go back to an MBA."

Conversations with professional women who "have a lot on their plate" professionally and personally reveal they find it extremely hard to go back to pursuing an MBA, according to Marinova. "However, the trend is upwards in MBA degrees among women. It is possible that online methods of teaching are going to increase the ease of taking classes," she added.

Marinova noted the #Me Too Movement (#Me Too) is still a rising social trend. "Because it is too early to draw major conclusions, it is hard to provide any reliable time-based statistical estimate on whether or not the movement will accelerate women’s advancement."

She added that it is important for women to resolve incidents of harassment. #Me Too, Marinova said, is a vehicle that can help shake things up in providing a collective platform and visibility to a problem that is difficult to fight as an individual.

"The movement has energized a certain amount of momentum among women to speak up and be open about their difficult experiences," said Marinova. "Students are highly aware of all of the news in the media about #Me Too.

"But to achieve a lasting change we need to truly change the way we think of women…to eliminate every form of harassment including the more subtle forms and types of sex-based discrimination. #Me Too can help in this direction of revealing discriminatory problems as collective problems rather than just isolated incidents," she added.

At UAH, Marinova’s research includes an analysis of the workforce composition in university settings. The objective data she collected in university settings as well as data from corporations reported by other researchers show that women are still facing challenges in respect to their numbers in the upper echelons of organizations. On the positive side, she comments that female workplace issues have come to consciousness in the U. S. and abroad. "How #Me Too actually unfolds in my view depends on the extent to which we address discrimination — the root cause preventing women from advancing professionally."

Marinova’s research features projects related to sexism and perceptions of leadership as well as the success of women in academic environments. She defines sexism as a psychological attitude of treating women differently than men in ways that can be detrimental to women. "It can be viewed as a major obstacle to women succeeding in the workplace. I can only share some preliminary findings regarding sexism but it appears that its relationship to how women and men are perceived in leadership positions is less straightforward than we thought.

"For example, those who report higher rates of sexism are not necessarily more dismissive of women according to preliminary findings of our research. However, these individuals seem less appreciative of more humane-oriented styles of leadership that could be viewed as more stereotypical of women," she said.

When it comes to research in academic settings, Marinova’s research team from UAH (co-authors Dr. Dianhan Zheng, Psychology and Dr. Wafa Orman, Economics) has collected objective data on more than 100 top research universities in the US across different disciplines. Some of the more interesting findings that hit close to home show that major research universities in the South display a visible preponderance of men in higher-level academic positions.

"While such patterns are not altogether surprising given the time-lagged entry of women in academic positions, they are a warning sign that we have to be especially proactive in demonstrating our commitment to retaining, supporting and developing women in these more male-dominated environments," she said.

"I engage both men and women in the discussion because I believe that both groups should be respectful and supportive of each other. Ultimately, women and men should help each other be the best professionals in increasingly competitive global environments. Recognizing that a problem exists is the first step towards finding a solution."

She also commented on leadership differences between men and women that may help explain why the workplace is not ready for women.

"In terms of the specific differences of female leaders, women are sometimes viewed as more democratic and more transformational in their leadership approach," said Marinova.

"Their more democratic style is explained by the fact that women expect and often face more opposition. In my opinion, men should not see this as a weakness but rather as a strength in empowering employees. Women also tend to have a good multi-tasking style—they usually strive to be great moms and great professionals. If these styles are embraced as strengths instead of weaknesses, then we can have a real lasting change in the corporate culture."

Marinova noted that as successful women have found, being a member of organizations that speak to the interests of women in particular is an important vehicle to develop a professional identity.

"With this goal in mind, we started a new club for students at the UAH COB called the Women in Business and Leadership Club to support women in their professional growth." UAH COB student Michelle Gray serves as the student president and Marinova is the faculty advisor for the student organization.

Based on research and her own work-life experiences Marinova offers some tips for women in corporate leadership positions. "Finding a good network of professionals and supportive friends and family is the best way to crack the glass ceiling.

"Women should expect and prepare for the possibility of failure," she adds. "Women need to manage their own careers and be open to change. In addition to the glass ceiling metaphor, women’s advancement has been compared to a labyrinth and in some cases to a glass cliff — meaning women could be subjected to especially difficult assignments — thus increasing their possibility of failure or falling off the cliff."

"Yet in spite of challenges, if workplaces want to build a real competitive advantage through their diverse and often highly educated workforce of both women and men, they should embrace the ‘flashpoint’ and have an open and honest dialogue to move in the right direction," Marinova added.