UAH professor examines Violence Against Women in the Americas 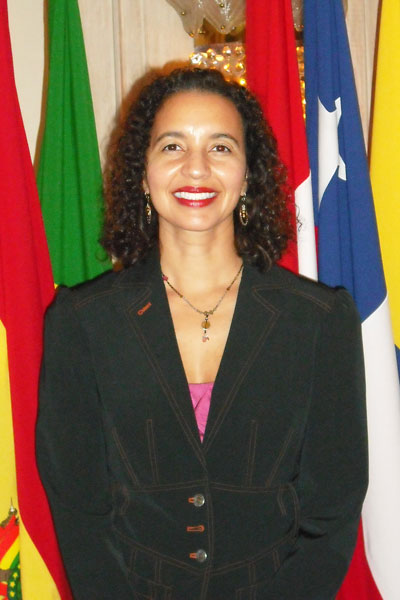 Huntsville, Ala. (August 26, 2013) - The United States, which often presents itself as a political model for newer democracies in the Americas, cannot make the same claims when it comes to preventing gender based violence, according to University of Alabama in Huntsville (UAH) political science professor, Dr. Anne Marie Choup.

"The United States is actually behind in terms of legislation on Gender-Based Violence, and participation in international agreements on the subject," Choup noted. "For instance, we have not signed onto the 1994 Inter-American Convention on the Prevention, Punishment, and Eradication of Violence Against Women - all other countries in the Western Hemisphere have signed on, except for Canada and Cuba. This is a shame, because our rule of law - our strong judicial system and security services - could implement a lot of the measures that the Convention calls for really well. But the political will is lacking. In this comparative context, we as individuals have much to learn from other countries," she explained.

Choup has been researching Violence Against Women in the Americas for nearly a year. She attended the Commission for Women of the Organization of American States Biennial Delegates' Assembly last October, and took advantage of that meeting as an academic observer.

"This brought me up to speed on what the key challenges and accomplishments are in the Americas on the topic of gender-based violence, as well as other important issues for women (namely, questions of adequate political representation, and the burden of unpaid 'care' work).

While, in some instances, the US is slow to embrace full legislation on violence against women, Choup noted that there has been some slow, steady advances in policy work. An example is the renewal of the Violence Against Women Act (VAWA) last March. VAWA was first introduced by then-Senator Joseph Biden (D-DE) in 1993, and signed into law in 1994.

"What is impressive about the advocacy and policy work done is that until the 1970s, politicians and policy-makers did not consider gender-based violence to be a subject on which societies should legislate," Choup noted. "Since the late 1980s, there has been an increasing awareness that this type of violence is not only subject to policy-making as a matter of public health, but also as a matter of human rights. "Most people have either been in situations of violence, have known others (or suspected) in situations of violence, or at the very least have overheard, or witnessed some violence, programs to empower bystanders and peers have the potential to dramatically change our perspective on the problem," she said.

Choup said she is drawn to the impressive survivor stories that emerge from studying gender-based violence. "Of course, many do not survive, and many are stuck in cycles of violence, and that's obviously difficult. But the pervasiveness of the problem provides a framework for potential solutions. Programs facilitating bystander intervention, decreasing our public tolerance of violence, would go a long way to reducing the problem. This is an argument I made in a paper I presented at the Midwest Political Science Association meeting earlier this year," she said.

Choup noted, too, that with many manifestations of gender-based violence, it is hard to measure progress.

"The standard quantitative measures on crime do not work well. For instance, once people are aware that they can get help for a particular problem of violence against women, numbers of reports will go up. This does not mean that the violence has increased, necessarily, it simply means that there are more reports," she explained. "Similarly, if people come to expect poor results from reporting the violence, the numbers will go down - which does not mean that the violence has decreased."

Choup believes funding for these programs are crucial for advances to continue. "We-as a society - put money into programs that we think are important. As long as we maintain thin budgets and permissive attitudes towards gender-based violence, we are clearly not working towards solutions."
She is now expanding her research, and will soon complete a paper that examines the measurement dilemma, and specifically addresses the politics of statistics. "While numbers are popular tools for evaluation, numbers can be misleading and do not always illuminate the subject matter for us."

Choup will present these expanded results later this year at the American Political Science Association meeting in Chicago.

Dr. Anne Marie Choup has been on the faculty in the UAH Political Science Department since 2007. Before coming to the university, she was associate professor at Mills College in Oakland California. Her expertise spans a wide range of topics, including the politics of Latin American and developing nations, African Development, the United Nations, and American Politics. Choup's work explores the ways in which historically marginalized sectors of society can influence the political process and access state services. She has published in Development and Change, The International Political Science Review, The Journal of Civil Society, Social Movement Studies, and Politics. In addition, she has presented numerous papers at professional conferences.

Her work has been funded by the American Political Science Association, the National Science Foundation, and the Social Science Research Council. She earned her Ph.D. in political science from the University of North Carolina at Chapel Hill. Choup also studied at George Washington University receiving a master's of arts degree in international affairs, and a bachelor of science degree from Georgetown University in foreign service.