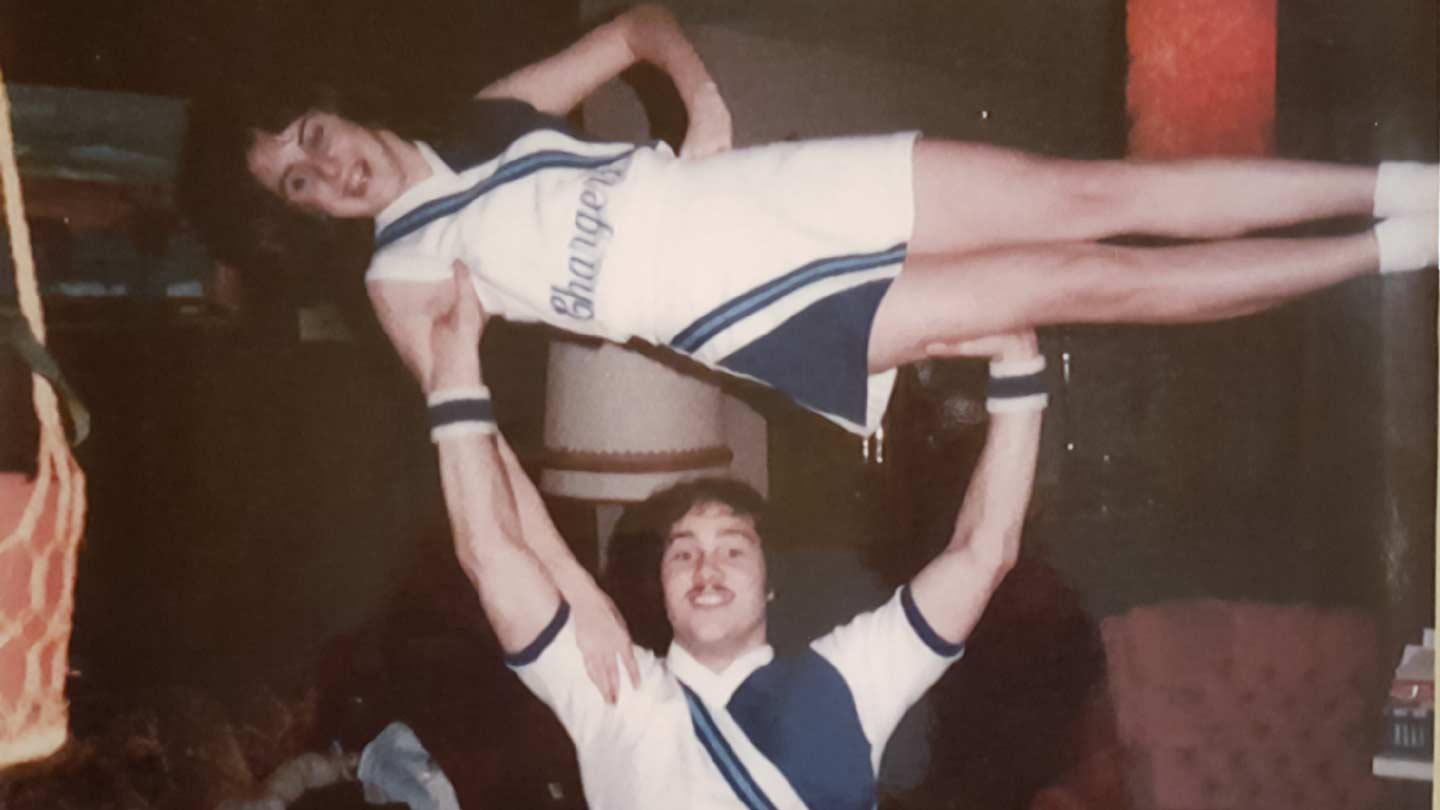 High school sweethearts Lori and Darrell Reed cheered on UAH and got married while students. Their son, Taylor, is also an alumnus.

Alumni couples will gather to cheer Charger pairings at the University of Alabama in Huntsville (UAH) Alumni Association’s Perfect Pairings: A Celebration of UAH Couples Feb. 16 at the Garden View Café in the UAH Bevill Center Hotel.

"We were high school sweethearts at Johnson High School, in the Class of 1984," says Lori. "We started dating the summer after our junior year and the movie ‘Jaws’ was our first date."

She says she showed up with a fresh spider bite on her face and Darrell spilled a Wendy’s frosty all over him after the movie.

"I was a football player and she was a cheerleader in high school," Darrell says. "Lori heard UAH was having tryouts for cheerleaders and convinced me to try out with her in the hope that if we both made it we could be at the same college. As the old saying goes, the rest is history!"

Couples who attend Perfect Pairings will make their own kind of history, indulging in a chocolate, wine and beer tasting. Dr. David Berkowitz, dean of the Graduate School, will give a presentation on the art of wine making.

While at UAH, Lori got involved on campus.

"I was involved in several clubs and organizations, and one of my best memories was being a Lancer and meeting Sen. Ted Kennedy," Lori says. "It was so much fun greeting university guests with university president Dr. John Wright and Mrs. Margaret Wright."

"After my first year as a cheerleader and being pretty involved in most of the UAH activities, I started working full time as well as attending college and my time for clubs and activities slowed down dramatically," he says.

"We got engaged Christmas 1986 and were married December 12, 1987," Lori says. "The ring was hidden inside four or five layers of wrapped Christmas boxes, the largest being a TV box."

"I was always looking for ways to save money and came up with the romantic idea of saving money on a Christmas gift by turning it into a marriage proposal and getting double credit for my gift!" Darrell says.

Darrell now works at Indoff as a salesman, while Lori works at KBRwyle as a systems engineer.

"Since we both graduated from UAH and knew what a good school it is, we encouraged our son, Taylor Reed, to consider it as one of his choices," Darrell says.

"It was such an honor for our son not to just follow in our footsteps and attend UAH, but go above and beyond what we did. He graduated in 2016 with a degree in Mechanical Engineering at UAH. He was more involved than we could have ever imagined."

Taylor Reed became a Lancer, Orientation leader, President of Phi Kappa Psi, member of SGA, host of Midnight madness, and was involved in many other clubs and organizations.

"We never could have imagined when we first enrolled at UAH," Darrell says, "that it would not only have such a huge impact on our lives but on the lives of our future children as well!"