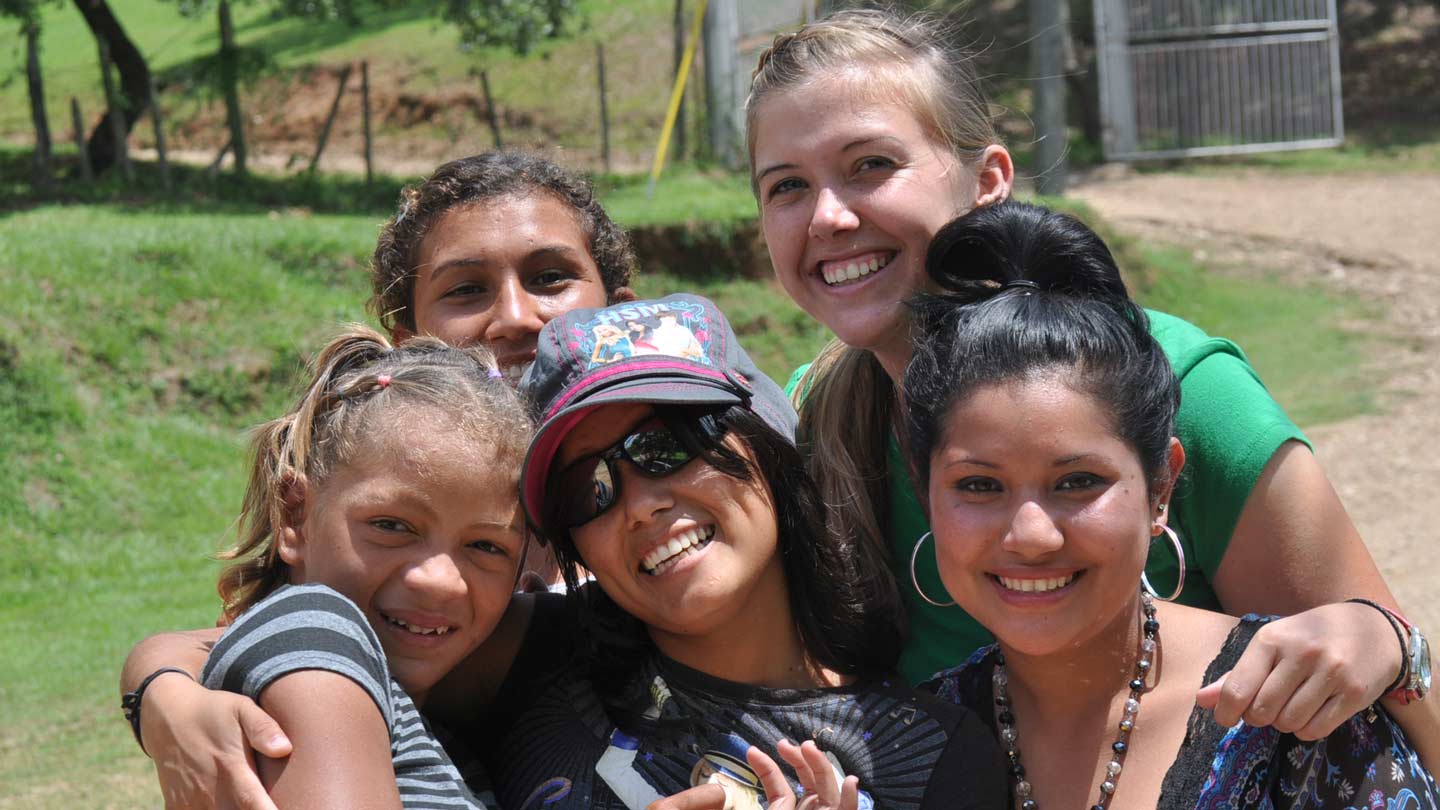 Emily Cornelison and some of her "new" friends pose for a group hug, while in Honduras.

For Emily Cornelison the traditional path of earning a college degree, then getting a job was a turn off. A university SOTA (Student Over The Traditional Age), and Ardmore High School (Tennessee) honors student, Cornelison eventually gained invaluable on the job medical training and received an exceptional nursing education from The University of Alabama in Huntsville (UAH) College of Nursing - but she did it all in reverse.

"I have always been interested in the medical field, but I always hated school…I really didn't want to do the school aspect of it," Cornelison said. "I attended Auburn University (AU) first, and selected Psychology as my major. Two years later while still attending AU, I went to Honduras for a mission trip and felt that the Lord was calling me to move there. From August 2007-2008, I did a variety of jobs including working in a medical clinic that served an orphanage with over 600 kids," Cornelison said. "At the time I was more interested in working with children with special needs. I moved back to the states to pursue a degree in special education at another university. I realized during the few semesters I was there that although it was a great education, it was not teaching me the necessary skills to work outside the U.S."

Conflicted, Cornelison moved back to Honduras. She remained there for another year, began a special needs program and assisted the nurse in charge, with running the clinic. 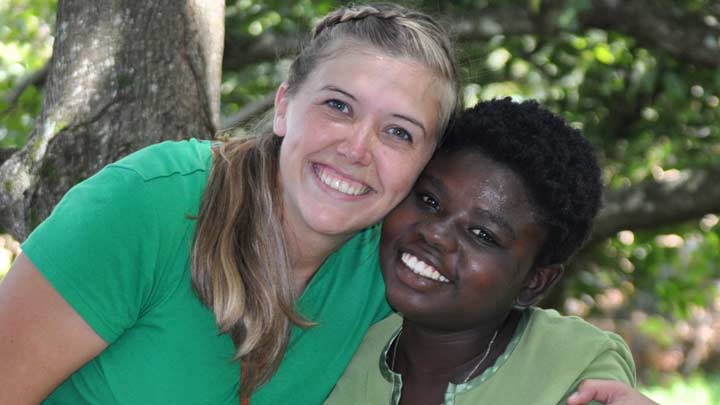 When Cornelison left Honduras, the orphanage still had over 600 children with a variety of illnesses. "We had bouts of chicken pox and outbreaks of lice and scabies. There were a variety of other childhood illnesses, broken bones and injuries that required stitches. A lot of the children were malnourished when they came…we treated a lot epilepsy in different stages of severity. There were also random infections that were diagnosed and treated at the hospital in the capital city. The children were not typically adopted out unless there was a medical need that could not be met in Honduras," she said.

Cornelison said the first year she lived in Honduras the orphanage was closed to adoptions. "The majority of the children placed at the shelter were not orphaned they were usually taken away from their homes due to poverty, illness or abuse. Because of this it was harder to adopt children out, due to family connections in their country." The goal of the orphanage was not to adopt the children out, but raise them in a safe environment showing Christian love, so they could go out and show this same love to others.

"During that last year, the resident nurse went on maternity leave and left me in charge of the clinic. I was responsible for making all of the children's doctors appointments, organizing the visiting medical teams, and doing all of the first aid work that was required. I worked with medical teams as a translator, and made numerous emergency runs."

When doctors and nurses came to Honduras on mission trips and witnessed her in action at the clinic, they confirmed what Cornelison already knew: She needed to go back to school, get her education and enter the medical field.

Long story, short Cornelison, graduated on Sunday, May 1, from The University of Alabama in Huntsville (UAH) with a bachelor's degree in Nursing. She chose UAH because it has one of the best nursing programs in the country, and it also has the added bonus of being close to her hometown.

"I pursued a degree in nursing for many reasons. The profession is a great skill to have to be able to travel and do medical mission work. I plan on continuing this work after finishing a master's degree, in Public Health Administration. "I am interested in educating and helping impoverished communities in third world countries. My plan is to work with an established ministry in South Africa, start a clinic there and focus on bringing in medical teams to educate the people there on hygiene, and preventative health care needs."

"Emily has the heart of a community nurse, her desire to care for those populations with little to no access to healthcare makes her an invaluable addition to the nursing profession," said Melissa Lonnergan, UAH Clinical Assistant Professor, and Course Manager of Community Health Nursing. "Emily has a great understanding of what education and assistance impoverished populations need in terms of health and wellness. By pursuing a nursing degree followed by the masters in public health administration, it will place her in a unique position to advocate as well as provide care for these people," added Lonnergan.

Recently, Cornelison worked on the UAH College of Nursing's (CON) Let's Pretend Hospital (LPH) Student Management Team. Each spring (CON) juniors and seniors oversee the simulated hospital event, that welcomes more than 3,000 Madison County first graders. Cornelison served as the LPH Art Chairperson. "My job was to come up with the ideas for all of the decorations, create an order list, and then create the decorations with members of the management team. Our theme this year was Super Heroes so I incorporated that into all of the decorations."

"As part of the community health nursing course, students are recommended by faculty and other nursing students to work as a member of the management team for "Let's Pretend Hospital" (LPH). Emily Cornelison was elected as the LPH Art Chair. Emily worked numerous hours outside of her regular student workload to create a 'superhero' wonderland for the first graders attending LPH. She is extremely creative and very resourceful. As a result of Emily's hard work, "Let's Pretend Hospital" became a fun environment enabling first graders to learn more about the hospital," said Christy Bacon, UAH Clinical Instructor of Nursing.

Apprehensive about returning to college, Cornelison's educational journey was eased by the many friendships she made while attending UAH. "I have met many great friends and teachers through the UAH College of Nursing. My instructors were very supportive, and my peers are now lifelong friends. I learned a lot at UAH and I feel very competent going into the professional nursing setting."

Now that she has graduated, Cornelison can finally concentrate on job options. "I am a Tennessee resident so I plan on getting my nursing license here…I have a few medical mission trips planned, and family obligations that will prevent me from actively seeking employment until late fall."

Cornelison's youngest brother, Jackson, is an ICU nurse in Georgia.