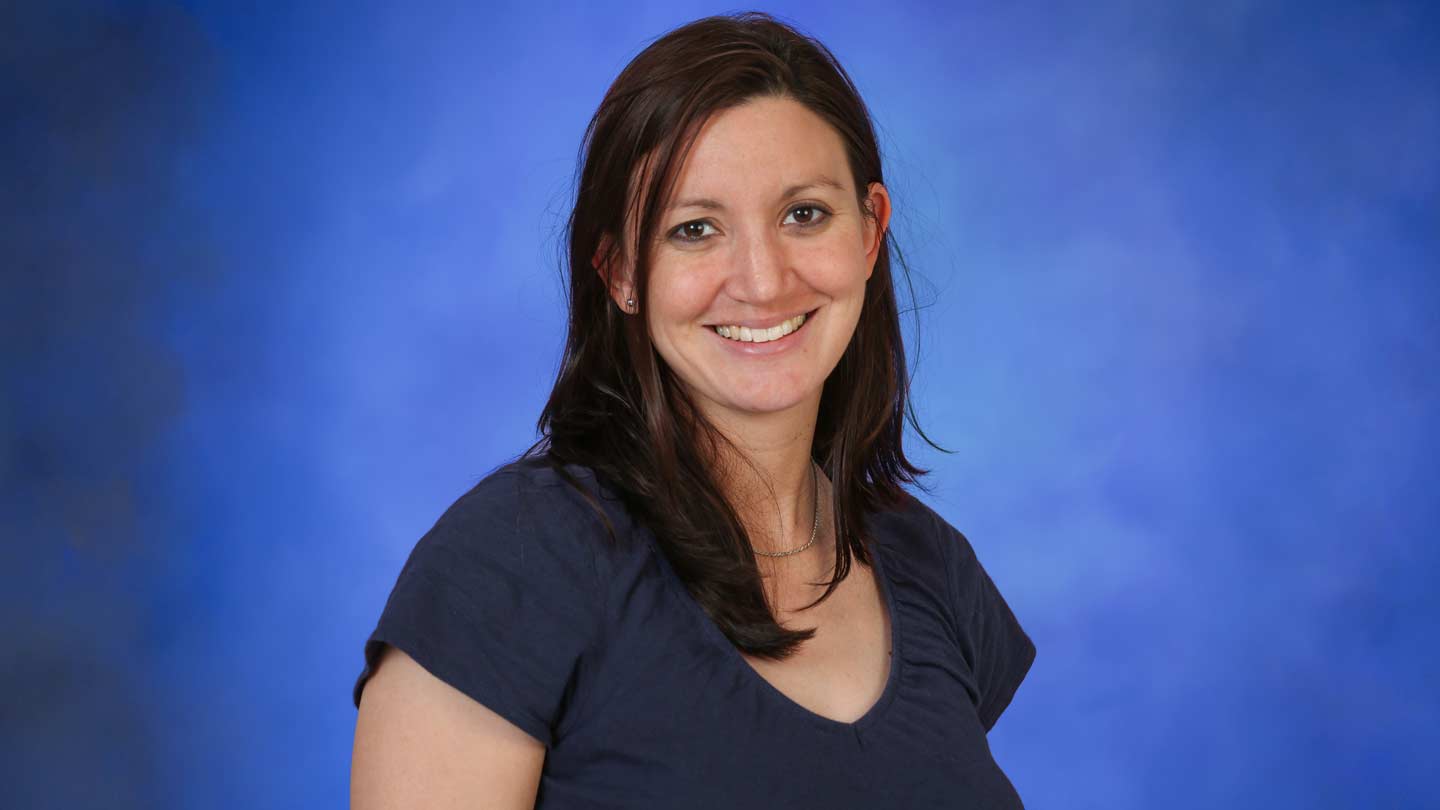 Environmental health has long been both a personal and professional passion for Dr. Azita Amiri, an assistant professor at The University of Alabama in Huntsville (UAH). So when she began to notice an increase in the number of students reporting asthma attacks and other symptoms of respiratory distress, she decided to conduct a study to determine the indoor air quality of the university's residence halls.

"First I wanted to find out if there were high levels of chemicals in the dorm rooms," says Dr. Amiri. "And if there were, I wanted to know what was contributing to those increased levels." Because not all students were complaining, she felt fairly confident ruling out the residence halls themselves; rather, she suspected the chemicals in the products the students were using in their daily lives were compromising the air quality of their rooms.

As she explains, "chemicals are everywhere - in our home, offices, stores - but they are not visible and they don't hurt people right away, like a germ does. For example, when there is an E. coli outbreak, we find it out very soon, because its signs are so obvious. The chemicals hurt us silently, gradually, and in the long run, so we don't notice them and we don't think about them as a threat in our everyday life."

Now that I understand the symptoms, I’m much more sensitive to what I’m experiencing in any given location. I focus on ventilation more in my home, especially when using cleaning sprays that emit higher concentrations of these chemicals.

To carry out the study, Dr. Amiri enlisted the help of Lilia Bullock, a senior nursing student who was looking to complete her Honors research requirement. A former officer with the U.S. Army, Bullock had decided to pursue nursing after moving to Huntsville with her husband Don, who she met while stationed in Iraq. "I have always been interested in research, and this was my opportunity to actually participate in a research study," she says.

The pair decided to focus on Central Campus Residence Hall, looking specifically at the presence of volatile organic compounds (VOCs) like isobutene, butane, ethyl alcohol, and acetone, which are typically found in common household products. By using VOC monitors, they could measure the air quality of ten rooms over 48 hours and then compare their findings to the daily activities as documented by the room's inhabitants.

To cover the cost of the monitors, Bullock submitted a proposal for $2,957 to the Green Fund Committee. Created in 2013, the Green Fund provides financial resources for students interested in pursuing environmental projects that either educate the UAH community about sustainability or make the campus more environmentally friendly. The proposal, which met both criteria, was approved.

"The majority of our projects are geared toward reducing greenhouse gases in the atmosphere, but we often forget to address indoor air quality, and students spend more than half of their time indoors," says Haley Hix, UAH's Sustainability Coordinator and Director of the Chargers for Sustainability. "Lilia's proposal embodied a new element of environmental sustainability that the university was missing."

Once the monitors were purchased, Bullock deployed them on a Thursday and returned to collect them on a Saturday. "While they were in the rooms, we asked the students to just live their daily life and not think about the monitors," she says. "Then we asked them to fill out a questionnaire to tell us what that daily life consisted of so we could see if there was a correlation between the activities and the levels of chemicals."

The monitors were then sent to a lab where they were tested using high-performance liquid chromatography, and the results returned to Dr. Amiri and Bullock for analysis and comparison with the information collected in the survey. "Most of the rooms were under the recommended level for VOCs, which is 500 mg/m 3," says Dr. Amiri. That was the good news. The bad news? Three rooms were well above the recommended level - and after turning to the surveys for clues, the pair soon discovered why. 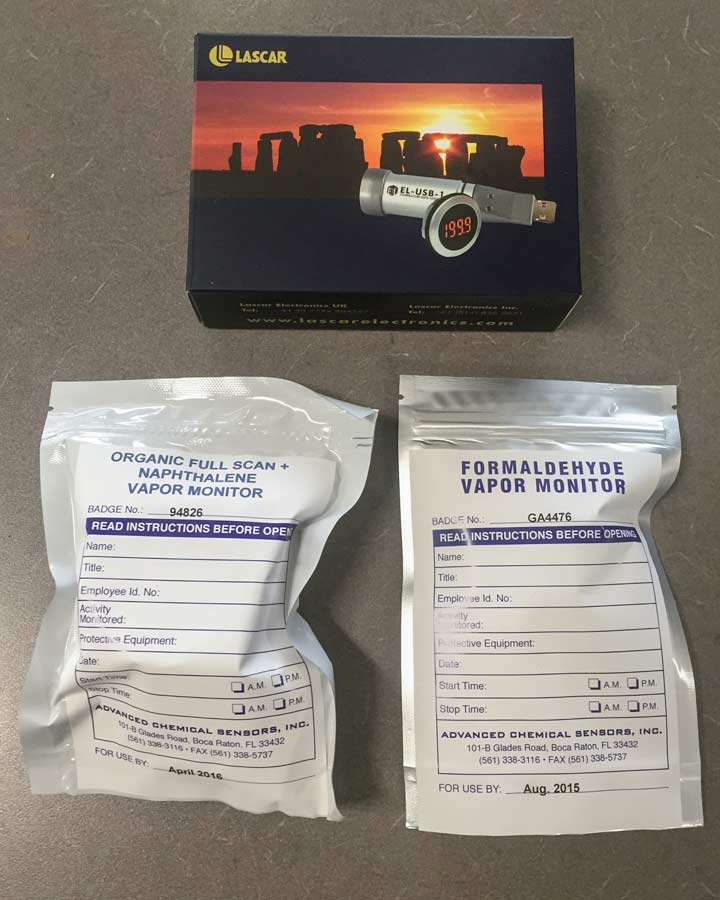 Dr. Amiri and Bullock used VOC monitors to measure the rooms’ air quality for a period of 48 hours.

"The ones with higher VOC levels did not open windows or use any ventilation," says Bullock. "One used insecticide and cleaning spray with the door closed and the other used nail polish and nail polish remover." As for the room with the highest level - 4021.74 mg/m3 - the student reported using not just nail polish and cleaning spray, but also air freshener, perfume, dry-erase and permanent markers, and hair spray. "That student said she felt like she was chronically ill," says Bullock.

Indeed the results confirmed what the pair had suspected all along: that the students' daily activities were affecting the air quality of their living environment, and that the chemicals released by those activities were contributing to their respiratory distress. But knowing what's causing the problem is only half of the equation, says Dr. Amiri. "Now that we know, we have to give them information about what the hazards are and how to mitigate them."

Like, for example, getting a plant. "As indoor air cleaners, they are really helpful," she says, recommending either a pothos or a spider plant for their hardiness. Equally important is ventilation, particularly when it comes to sprays. "Butane was the highest level across the board and that's anything that's in a can as compressed air," says Bullock. "So if you can't live without them, then we recommend using fans and opening a window to help disperse the VOCs."

In the coming months, Dr. Amiri plans to conduct a follow-up study that will allow her to test a greater number of rooms. She is also hoping to introduce some larger-scale changes that might improve the air quality of the residence halls in general. "I've already spoken with Haley and we're going to see if we can expand the budget for our original proposal so we can convert some of our residence halls to green halls," she says. "There are a couple of colleges that already have certified green dorm rooms, so we want to use them as a model."

Of course, with graduation later this month, Bullock won't be around to see those plans come to fruition. She'll be heading to Hawaii, where her husband has been reassigned, to start her new career as a professional nurse. But like Dr. Amiri, she'll be doing what she can to spread the word about the small changes we can all make to help create a healthier indoor environment.

"I never really thought about how the levels of chemicals in my environment could actually be affecting my health or that of my family until I did this research. Now that I understand the symptoms, I'm much more sensitive to what I'm experiencing in any given location. I focus on ventilation more in my home, especially when using cleaning sprays that emit higher concentrations of these chemicals," says Bullock. "I won't claim to be a 'plant fanatic,' but I am more cognizant of the need for more plants, more ventilation, and the need to limit and reduce chemical concentrations in the home."