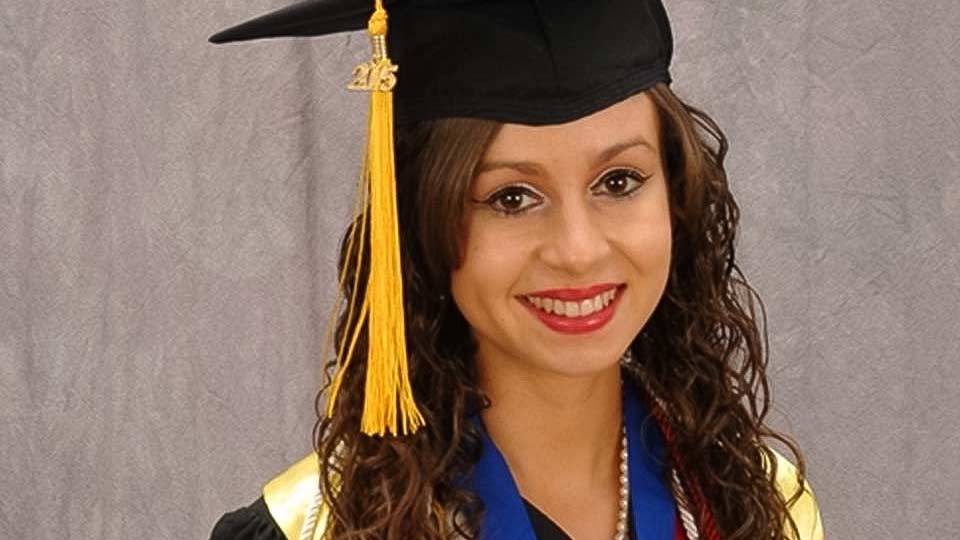 In 2011, Maria Emma Torres graduated valedictorian from East Limestone High School at the age of 16. She then came to The University of Alabama in Huntsville (UAH) on a presidential scholarship to study chemistry and biology.

During her time at UAH she has participated in several competitive internships. In summer 2011, she interned at NASA in the liquid propulsion branch, in summer 2012, she participated in a medical program at Duke University School of Medicine, in summer 2013 she interned once again at NASA, this time in the Materials and Processes Laboratory. Then, in summer of 2014, she received a Cancer Research Training Award at the National Institutes of Health, which allowed her to spend 10 weeks working with NIH investigators.

“Maria is an outstanding student who has excelled not only in her academic work at UAH but also in service as a student leader in many high-impact organizations,” said Dr. Sundar Christopher, Dean College of Science and Director of the IRSA.

A student in the UAH Honors College, Maria completed her honors thesis last spring under the supervision of Dr. Luis Cruz-Vera, associate professor in the Department of Biological Science.

In addition to her academic achievements, she is highly involved in student life. In August 2013, she founded and became president of the Hispanic Student Organization (HSO). As president, she has led two student-organized recruitment trips to Puerto Rico, during which members of the HSO traveled to several high schools to motivate students to pursue a college education, specifically at UAH.

She is also a member of Phi Kappa Phi, Alpha Lambda Delta, Phi Sigma Iota, Omicron Delta Kappa, Hispanic Christian Ministry, American Chemical Society, and a Science Ambassador. She has taught chemistry labs at UAH, and she is a mentor in the undergraduate minority-mentoring program. In her spare time she enjoys running with her dad and spending time with her family.

After graduation, Maria plans to pursue a career in medicine. Having been accepted at several medical schools all across the country, she has chosen to attend Mayo Clinic School of Medicine in Rochester, Minn.