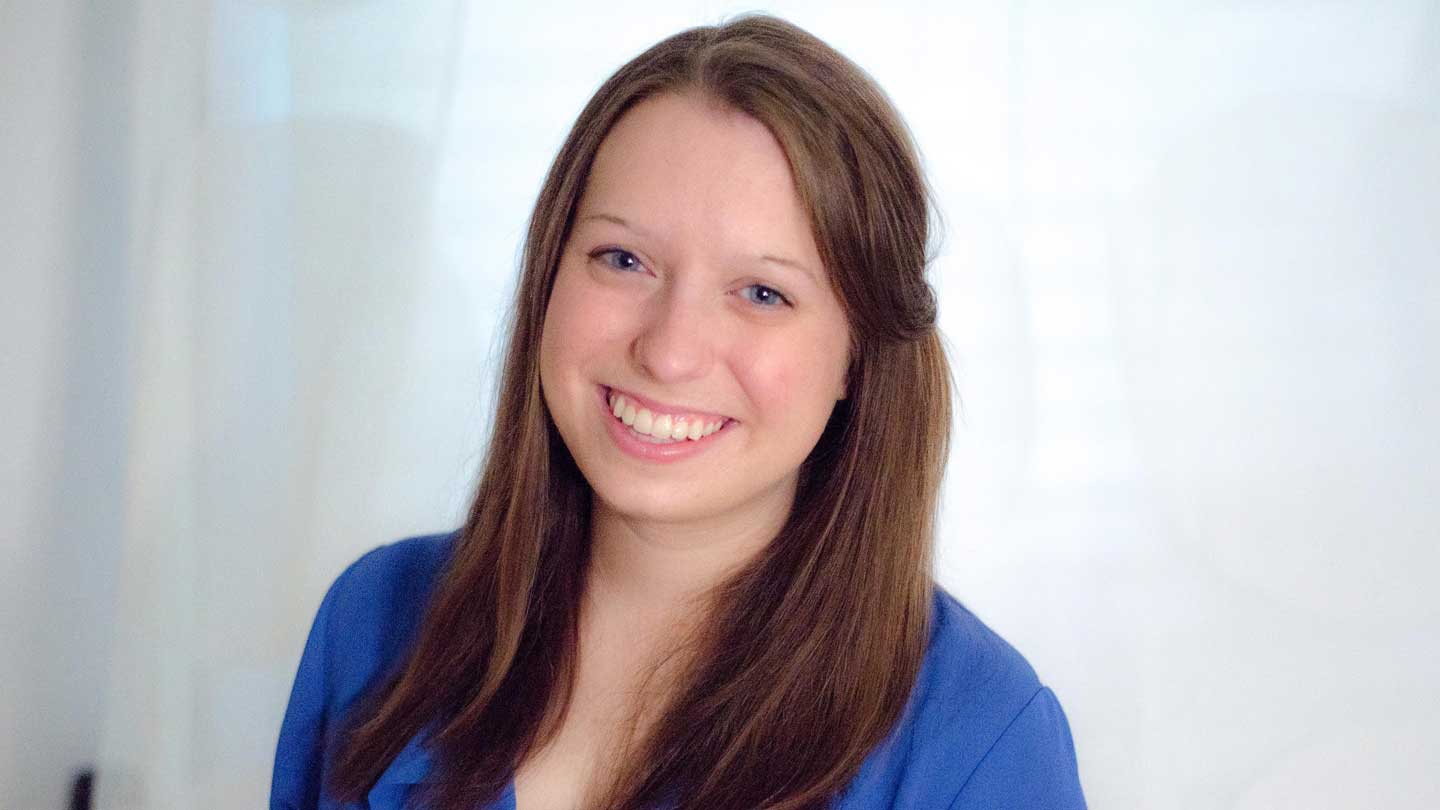 Amanda Blanton, a senior at UAH

A "friendly feud" involving food choices and the high cost of gas, between Amanda Blanton, a senior at The University of Alabama in Huntsville (UAH), and her boyfriend, Eddie Chong, earlier this year has turned into a unique business opportunity.

Blanton put an end to the "feud' when she developed FoodieRadar, a food-truck real-time mapping application that allows customers to be connected to their favorite restaurant on wheels. "I wanted to go downtown and look for food trucks to have lunch, and he didn't want to waste gas driving around to a location that could possibly be closed," she said.

The two tabled the discussion for the day, and quickly sought out a "brick-and-mortar" place to eat lunch. They didn't talk about it again until a few days later, when Blanton told Chong that she had been brainstorming ideas and was interested in figuring out a way to solve the food truck problem, adding, "he knows I can't resist a challenge."

Problem solving has always been something Blanton's dad, strived to teach his daughters as they grew up. "I think that mindset of being a part of the solution to problems in life directly influenced the creation of FoodieRadar," she said.

In getting her app to market, Blanton, a designer at Modern & Smart had the good fortune to become connected with the group BridgeTheApp. The group is where Blanton found the development team who rolled out Kidebit (a financial education tool for children): Jacob Birmingham (Huntsville), Radhaji Mani (Huntsville), and Eric Green (Nashville)."

"We were all able to help each other brainstorm creative solutions to problems, avoid pitfalls which could have derailed projects, and create connections to help further each of our app ventures," Blanton said. "For the FoodieRadar app, the rest of the development was hard work, a few tears, and amazing dedication and teamwork from the development team to make this app actually happen."

These "incredibly talented individuals" were great resources…Birmingham and Mani really became my mentors on the project," Blanton said. "They specifically offered help in making the app a reality. When unforeseen circumstances left me without a developer, Birmingham and Mani stepped up, along with their business partner, Green, to become my development team. And, Anzalone created the name, FoodieRadar, when I was struggling with a name for the app."

Access to the information on FoodieRadar is free to customers. To set up an account vendors must register and pay an annual fee to use the vendor-specific functions of the app.

"A customer will download the app and be able to open it and search within a radius to see what mobile-eateries (such as Food Trucks and Farmer's Market participants) have checked in around them," Blanton explained. "Those mobile-eateries will have their exact real-time location available to potential customers, and a real-time menu available. The problem of connecting the customers and vendors will be solved in an easier method than the customer having to go to each vendor's social media account in search of hours, location, and menu — now it will all be in one place." 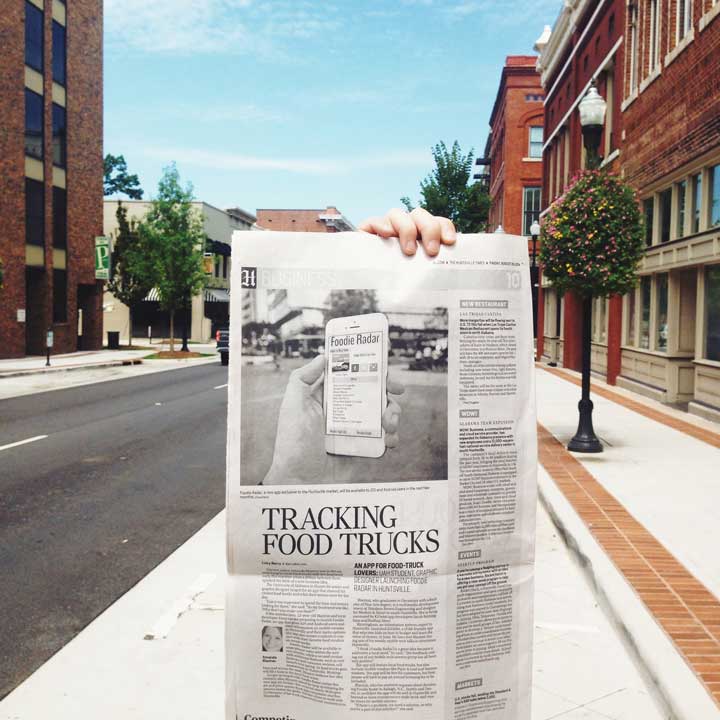 A native of Madison, Blanton attended Westminster Christian Academy. While in high school, she enrolled in advanced placement English and science classes, "but I really thrived academically after I began attending college."

Like most students, Blanton considered several academic majors early in her collegiate career, but in the end, "I decided that I wanted to do what made me happy, and I pursued a BFA so that I could have a career as a creative professional. Many people told me to pick an engineering major or something 'more stable that pays well'… although, being a creative professional is not easy at times, it is incredibly fulfilling."

"While at UAH, Blanton held memberships in the Phi Kappa Phi Honor Society, along with receiving the Jeffery J. Bayer Memorial Scholarship Award in 2013. Blanton recently exhibited a senior solo show entitled, Identities. The show featured larger-than-life oil portraits on windows, an 18-foot ink drawing, an eight-foot print, 22 larger-than-life acrylic portraits of individuals surrounded by an identification number, and a set of 3-D printed stamps which were used for the backgrounds of the acrylic portraits. "My goal and hope was that this series caused the viewer to stop and reflect and see there are varying depths to the identities that make each us who we truly are."

As Blanton prepares to leave her university family, she has fond memories of her time at UAH. "A few Art & Art History professors I will miss specifically are Roxie Veasey (lecturer), Dr. David Stewart (associate professor), and Jose Bentancourt (associate professor). To all of my teachers, I am truly thankful for the dedication they have to teaching not only their respective crafts, but also creative thinking, and critical thinking skills. UAH was a great stepping stone to my professional journey."

FoodieRadar is currently in the beta testing stage. "Right now we want to make sure potential customers can easily and quickly find their favorite eateries. Once we finish beta testing, we will launch the app to the public. This will be the first version, so it has all the functionality to meet the app's goals: to connect customers with vendors and to provide the real-time data of locations and menus," Blanton explained. "We are looking forward to releasing version two, which will have more fun features to really spruce up the app beyond the minimal viable product. Big dreams and long-term goals for the app would be for the program to be a nation-wide staple for mobile-eatery vendors."

She plans to aggressively pursue the FoodieRadar project, and continue working at Modern & Smart. "To keep up with our latest information, connect with us via social media or our website. Social Media: Twitter, Facebook, and Instagram: @FoodieRadar."