UAH finance student already a pro in the horse business 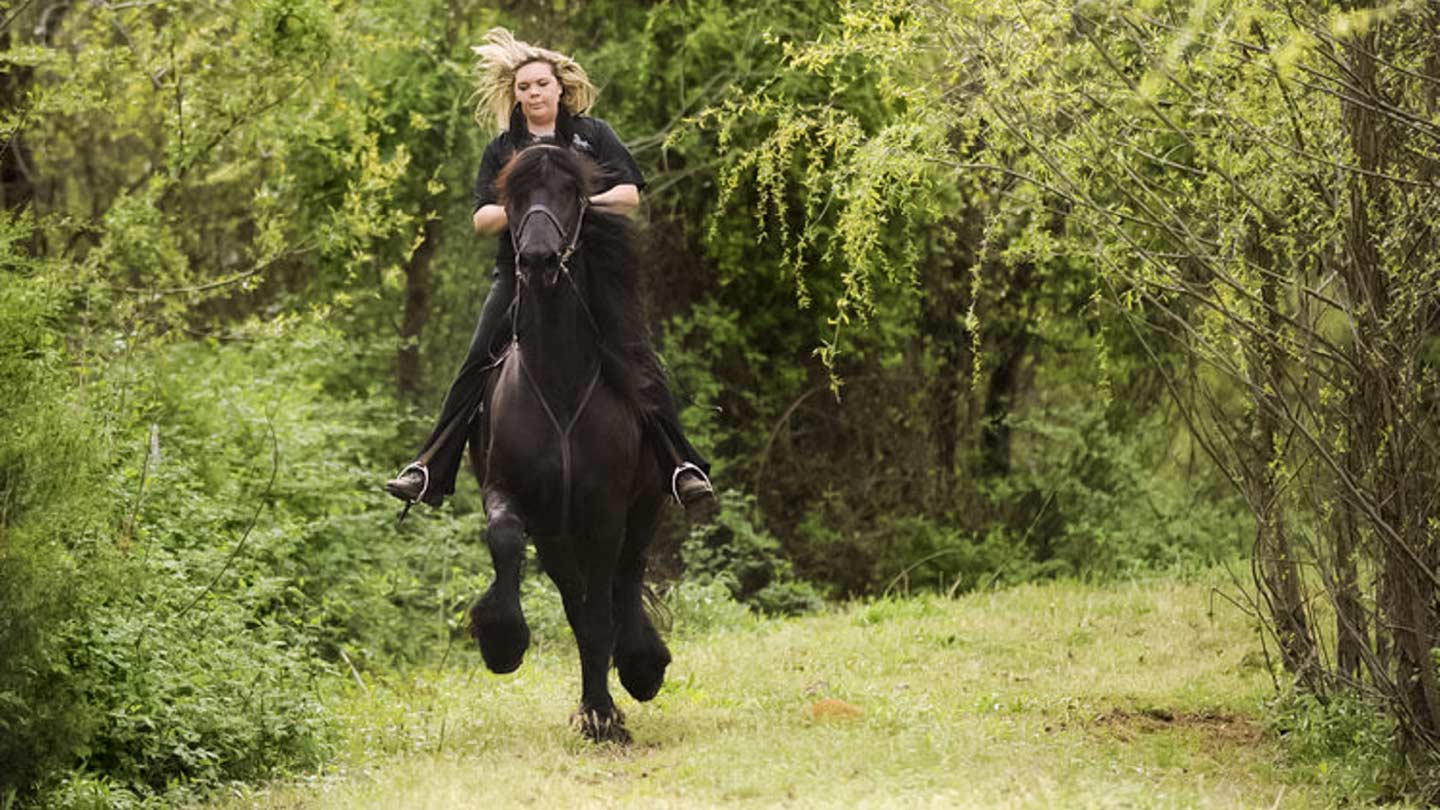 Hannah Padgett is the owner of Twin Lakes Stable in Moulton, Ala., a premier training, boarding, and breeding facility with clients across the country. Here, Padgett is riding Cobus, a Friesian imported from the Netherlands who was a three-time 1st premie and is now a Reserve World Champion.

Hannah Padgett, the owner of Twin Lakes Stable in Moulton, Ala., is already well known as an accomplished saddleseat trainer and riding instructor. In addition to winning several state championships, she was recently awarded Breed Ambassador Individual Champion and her farm was named a Breed Ambassador Barn Reserve Champion by the American Saddlebred Horse Association. And when she’s not at work or competing? Padgett spends her time and resources rehabilitating and re-homing rescue horses. But none of the major milestones she’s reached in her life would have been possible without the support and encouragement of her grandmother, Jean Gilbert.

It was on Gilbert’s 50-acre farm, after all, where she was first introduced to both her lifelong passion and her future career field. "I was four or five when my grandmother agreed to get me lessons," says Padgett, who is currently pursuing her bachelor’s degree in finance from the College of Business Administration at The University of Alabama in Huntsville (UAH). "She figured I’d grow out of it, but after just two, I entered my first horse show – and won. It was in my blood after that."

It was also Gilbert who taught Padgett the importance of accountability at an equally impressionable age. "When I was 15, I told my grandmother that I thought I could do as good a job as my trainer at the time," she says. "She said, ‘Ok, you can work the horses yourself then!’ So I did. It taught me a lot about discipline." Not long after, she took on her first student and began learning more about the responsibilities involved in running a business. "I come from entrepreneurs – my parents owned a safety company and then a restaurant," she says. "So I grew up in that environment." 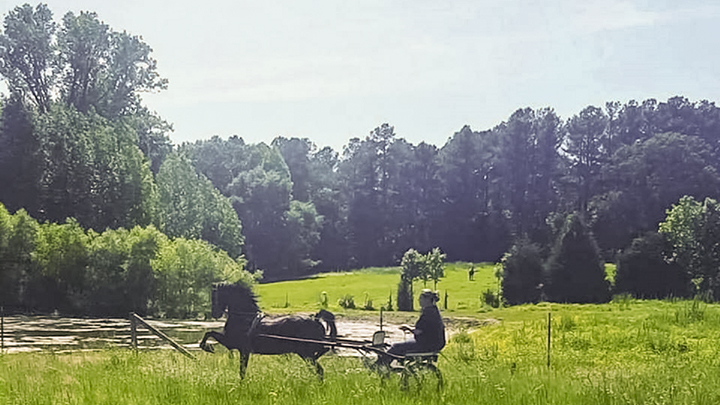 That foundation proved crucial just a few years later, when Gilbert lost her battle with pancreatic cancer; she ended up leaving Padgett in charge of the farm, who was tasked with building it back up after her grandmother’s passing. "When she got sick, I had been doing the bare minimum to keep the business going," she says, citing $1,000 and a borrowed horse as her only assets at the time. Today, however, Twin Lakes Stable is thriving; it houses more than 40 horses, in addition to Padgett’s own five, and is considered a premier training, boarding, and breeding facility with clients across the country.

Yet despite the obvious fact that Padgett already knows more about the ins and outs of building a successful business than most people her age, she’s still committed to earning her degree from UAH – a goal that, once again, she can trace back to her grandmother’s influence. "As a teacher herself, that was her one thing," she says. "She wanted me to go to college. And it’s one of those things where you can never know too much." Though after nearly six years, she laughs, "I’m ready to be done!"

She’s also ready to think about the next step in her career. Recently, she hired a manager to take over the stable, giving her the freedom to consider alternatives. "I will always be in the horse business, but I like building companies up," she says. "I’d like to work for someone for a couple of years, and then open up a consulting firm and work as a financial consultant for small businesses." There’s even a chance she’ll return to school one day and earn her MBA degree – yet one more milestone, says Padgett, "that would have made my grandmother very happy!"