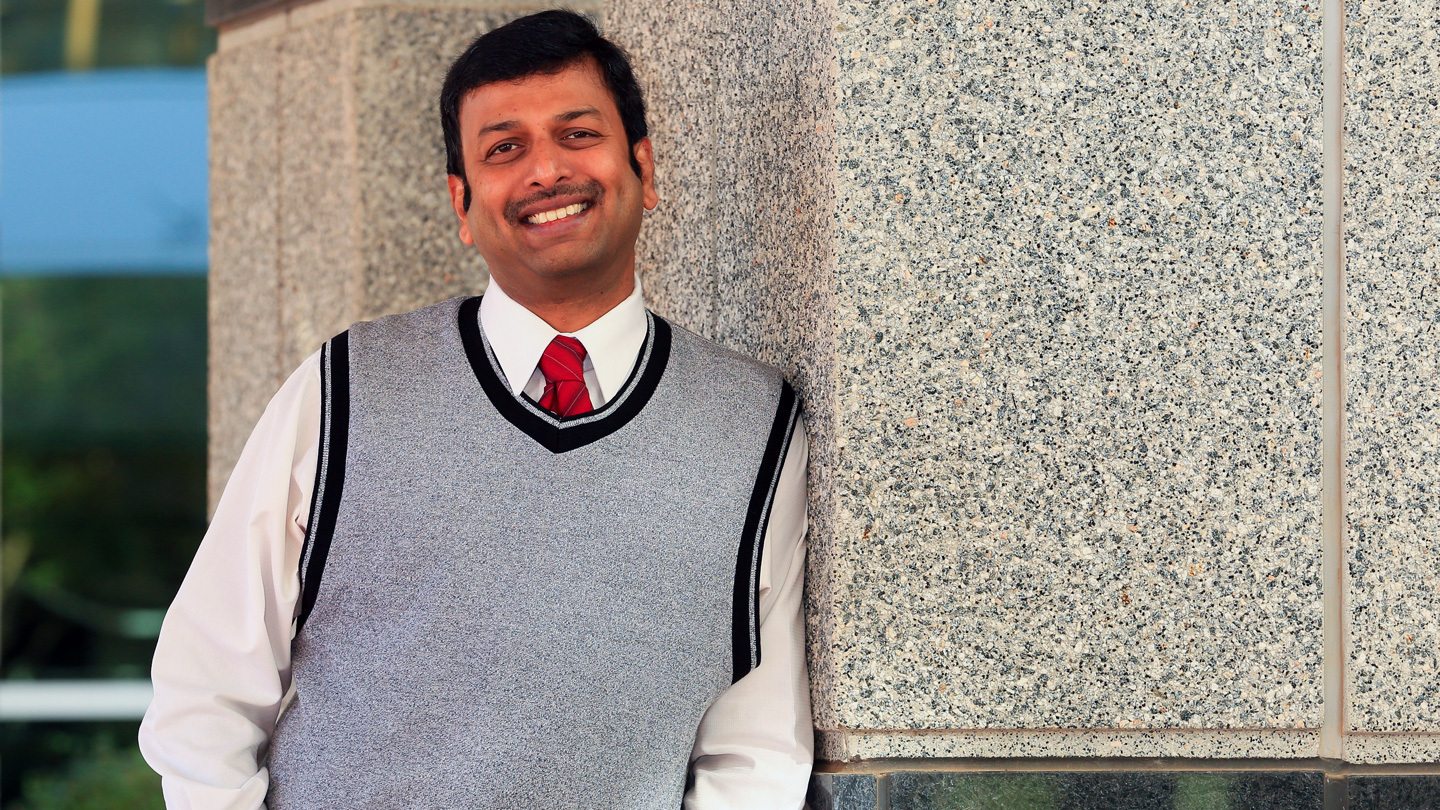 Southern Cord owner Chakri Deverapalli has three master's degrees from UAH and is a university employee.

A national umbilical cord blood bank owned by the director of information services at The University of Alabama in Huntsville (UAH) College of Business Administration is preparing to begin collecting umbilical cord tissues.

Southern Cord, the only umbilical cord blood bank headquartered in Alabama, is located in Huntsville's HudsonAlpha Institute for Biotechnology and owned by UAH's Chakri Deverapalli. It is planning to offer the new service in the near future.

"We are soon going to be storing not just the blood but the cord tissues, as well," says Deverapalli, who has three master's degrees from UAH, in computer engineering, electrical engineering and business administration.

"We're storing these cells so that at a future date, they can be used by the baby, but they also could be used by the siblings and even the parents," Deverapalli says. "Currently, there are already 80-plus diseases cleared by the Food and Drug Administration (FDA) where cord blood is used as a treatment. And this is only the tip of the iceberg, as the field of emerging medicine continues to expand."

"There are more possibilities of what it can do than the ones we already know," says Deverapalli, pointing to promising research in treating neurological disorders, burns and eye injuries as examples.

"The research shows that one in 70 kids in this generation are going to need stem cell treatment," Deverapalli says. "Medicine has changed and so treatment itself is advancing."

The stems cells being saved are not ethically controversial, according to Deverapalli.

"Our cells can at most become an organ," he says. "They cannot create another life." 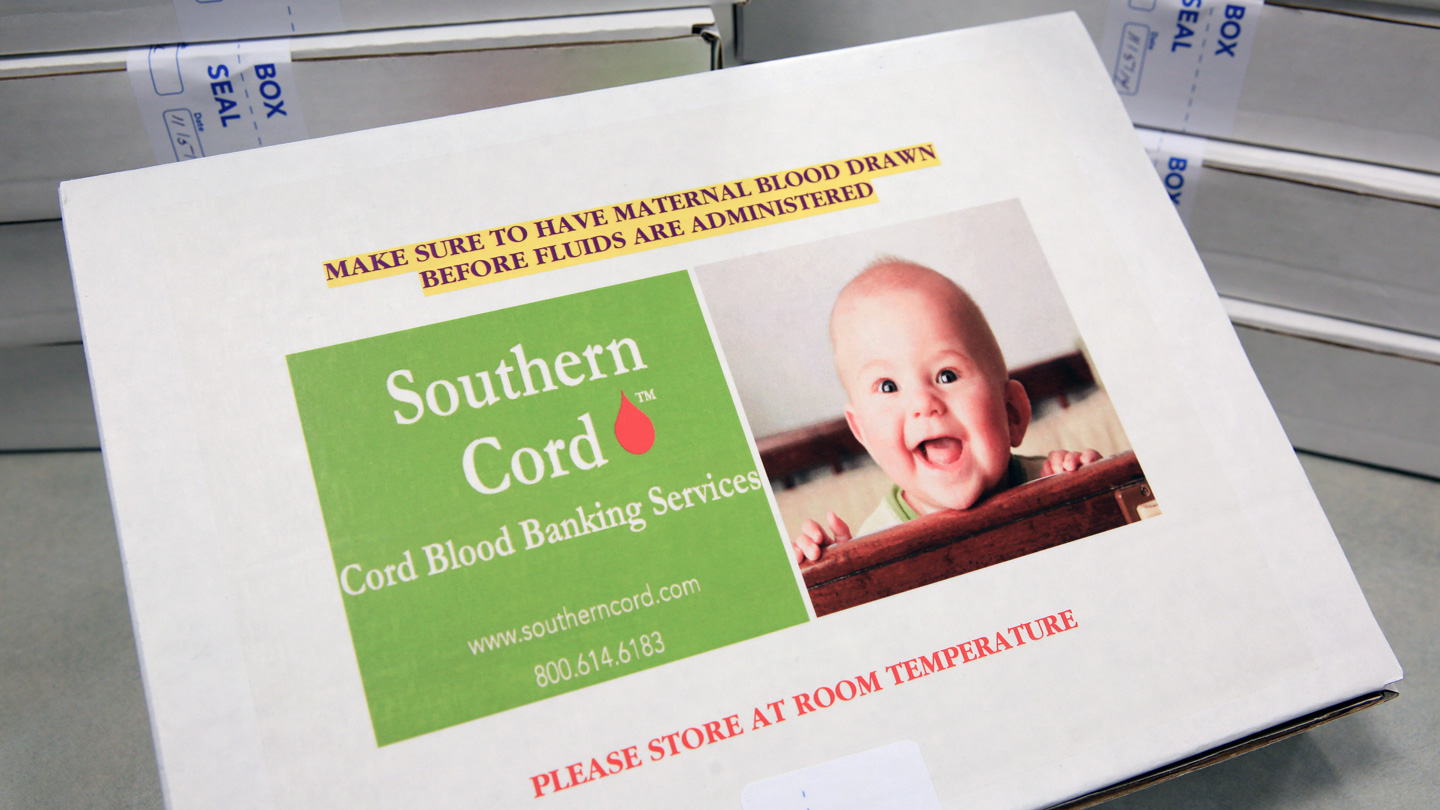 The umbilical cord blood is collected by a doctor at birth, transported to the company, processed and cryogenically frozen to temperatures of minus 140 degrees Celsius, which Deverapalli says is "about the surface temperature of Saturn."

A key component of Southern Cord is affordability, something Deverapalli is passionate about.

"I am from India," he says. "Over there, it's a cash economy. If you do not have money, you do not get treated. Even hospitals will not treat you if you don't have cash. So I always had this in my mind, about making it affordable for people to be able to get treatments they need. My father-in-law is a physician and my wife is a physician's assistant, so I had some exposure to the medical field."

"It was like $5,000 to do it," he says. "So I thought, well, this must be some kind of novelty or something. But then I kept reading all these articles about how people were being helped with cord blood stem cells, and lives were even being saved. So I started thinking, if it is saving lives, why is it so expensive?"

He worked for a year to find ways to lower prices before opening Southern Cord in 2010.

"We wanted to bring prices down from that $5,000 level. That's not something that a young family can afford. We wanted to make it as affordable as possible." The goal was to get the pricing of cord blood banking to be approximately the cost of a family cell phone bill. Also with young families in mind, Southern Cord offers interest-free financing.

Today, a family pays a $150 enrollment fee and Southern Cord supplies a collection kit. When the baby is born, the doctor collects the cord blood and the parents notify Southern Cord. Once received by its lab in Indianapolis, the cord blood is processed and cryogenically frozen, then stored. These services are $1,300, including the first year of storage. The company also tests the mother's blood for infectious diseases as part of the package. After processing and storage for the first year, there is a $100 annual storage fee.