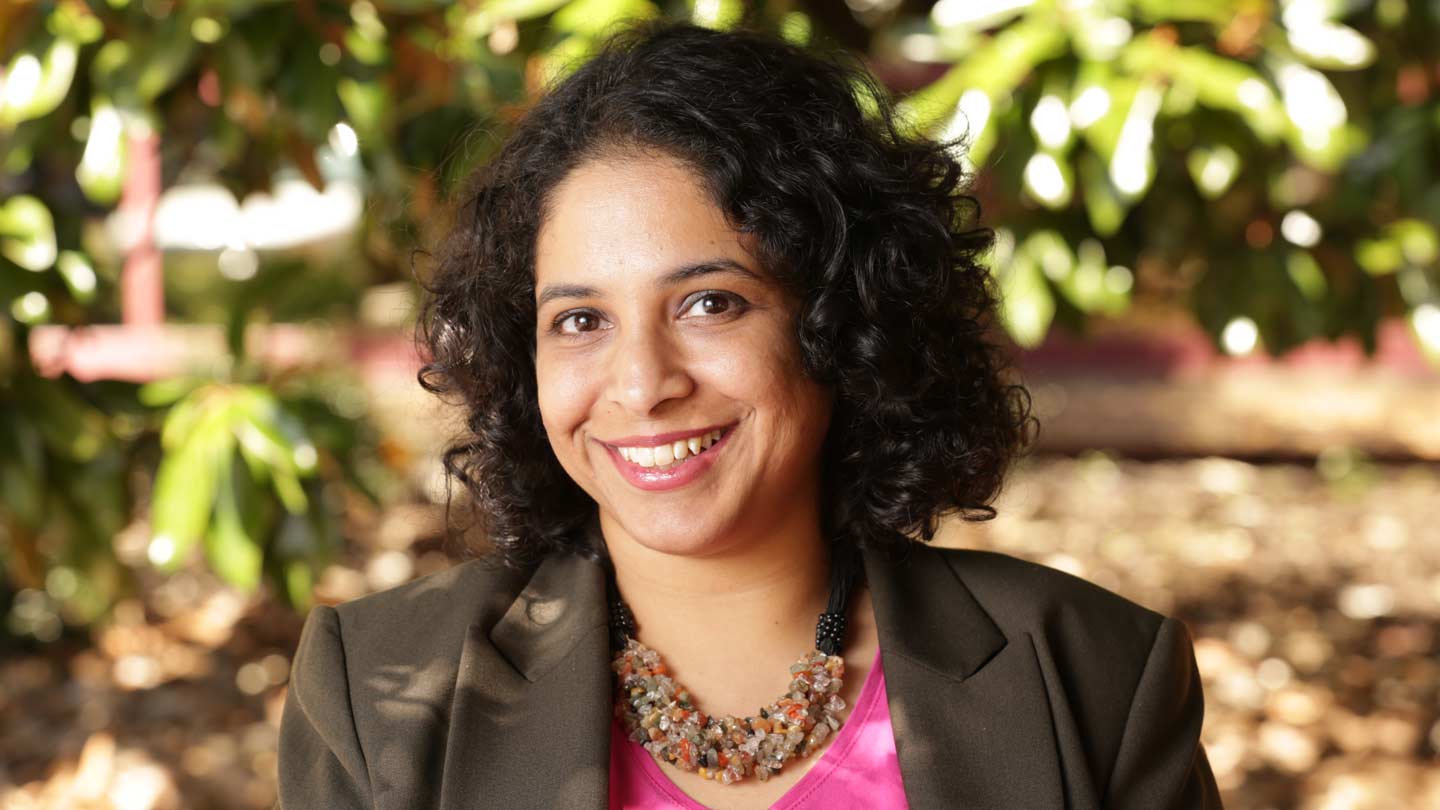 Dr. Wafa Hakim Orman, associate economics professor at UAH, discussed her recent research on religiosity and financial crises in the U.S. on the podcast “Research on Religion.

As the old expression goes, there are no atheists in foxholes. And certainly in times of war, there's no doubt that many turn to religion for comfort. But what about other events that may threaten lives or livelihoods? Do they have the same effect? That's what Dr. Wafa Hakim Orman set out to discover in her study of religiosity and financial crises in the United States. "I wanted to see how the farm crisis of the 1980s and the housing crisis of 2008 affected people's religious behavior," says Dr. Orman, an associate professor in the Department of Economics, Accounting, and Finance at The University of Alabama in Huntsville (UAH).

Her primary dataset was the General Social Survey, a nationwide personal-interview survey conducted by the National Opinion Research Council that has monitored changes in social characteristics and attitudes in the U.S. since 1972. Included among its hundreds of questions are several about religion, whose answers Dr. Orman hoped would support her theory. "Based on a well-known study out of Indonesia that showed an uptick in religious attendance after the financial crisis there," she says, "I expected that Americans wouldn't be different."

I would add financial crises to the list of things people should be aware and prepared for. Because when it does happen, it doesn’t help to ignore it and hope it goes away. You need to modify your priorities and deal with it.

But because the identities of the respondents are not made public, she was required to sign a confidentiality agreement before she could find out where they lived. Only with that knowledge, she says, was statistical analysis possible. "Once I knew where they lived, I could look at the county before and after the crisis and compare the answers from the people who were affected to the answers from people in other counties who weren't affected."

A pattern soon began to emerge from the data. "Among farmers, construction workers, and real estate agents, there was a significant uptick in religious attendance, and I found a similar increase in how often people said they prayed," she says. "It was stronger and more noticeable among the farmers during the farm crisis, but that might be because we have more data on them; we've had a long time to look at the after-effects." As for the housing crisis, she continues, "we aren't even done feeling the effects."

That's not to say there weren't exceptions. For people who lived in the same counties as those affected by the crises but who worked in industries that were not as impacted, there was very little change. "They still received a steady paycheck and so would have been financially insulated," says Dr. Orman, citing government workers as an example. She also saw no evidence that a "regular" recession would result in the kind of increase in religious attendance or frequency of prayer precipitated by a full-blown financial crisis.

It's only those big crises, she says, that "create a lot of physical and psychological dislocation," causing people to turn to churches and religious organizations for support. And unfortunately, that's something they haven't always been ready to provide. "During the farm crisis, for instance, many farmers in Nebraska were upset that their church was sending relief missions to developing countries," she says. "Not to say they don't need help too, but the farmers felt ignored and like the immediate crisis was just as important to focus on." 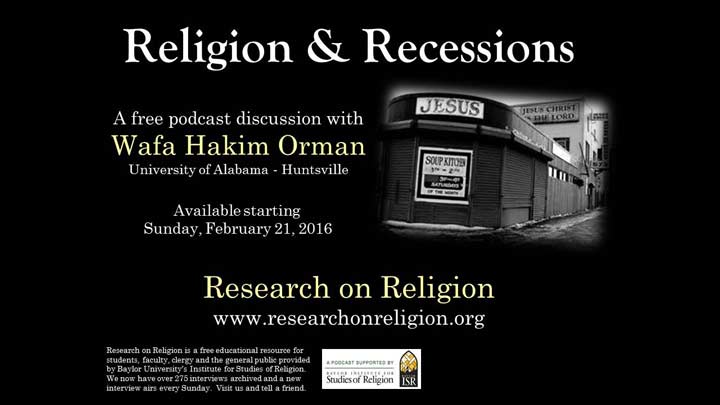 Using the insights provided by Dr. Orman's research, however, organizations can now plan for the inevitable increase in demand for support long before calamity strikes. "We do that for natural disasters but I would add financial crises to the list of things people should be aware and prepared for," she says. "Because when it does happen, it doesn't help to ignore it and hope it goes away, or to be flat-footed. You need to modify your priorities and deal with it."

The same is true for secular organizations. "Since the 1970s there has been a decline in the number of Americans who say they attend religious serves and an increase in those who say they never attend, but lot of people who are not necessarily religious are still going to need support in a crisis," she continues. "So community and government organizations also need to take on a more proactive role." That is, at least, until the crisis subsides. "As soon as prices recover," she says, "you see religious attendance revert back to the old trend."

Now that her initial thesis has been proven, Dr. Orman is in the process of submitting her research for publication. She also recently discussed her findings on the popular podcast, Research on Religion, hosted by Tony Gill, and she presented them at the recent Association for the Study of Religion, Economics, and Culture Conference at Chapman University. After that, Dr. Orman hopes to expand her study beyond the U.S. "Now that we've been able to measure the effects in countries as different as Indonesia and the U.S., it would be interesting to see if the theory holds in Western Europe," she says. "It is much less religious than the U.S., but the housing crisis has affected them as well."