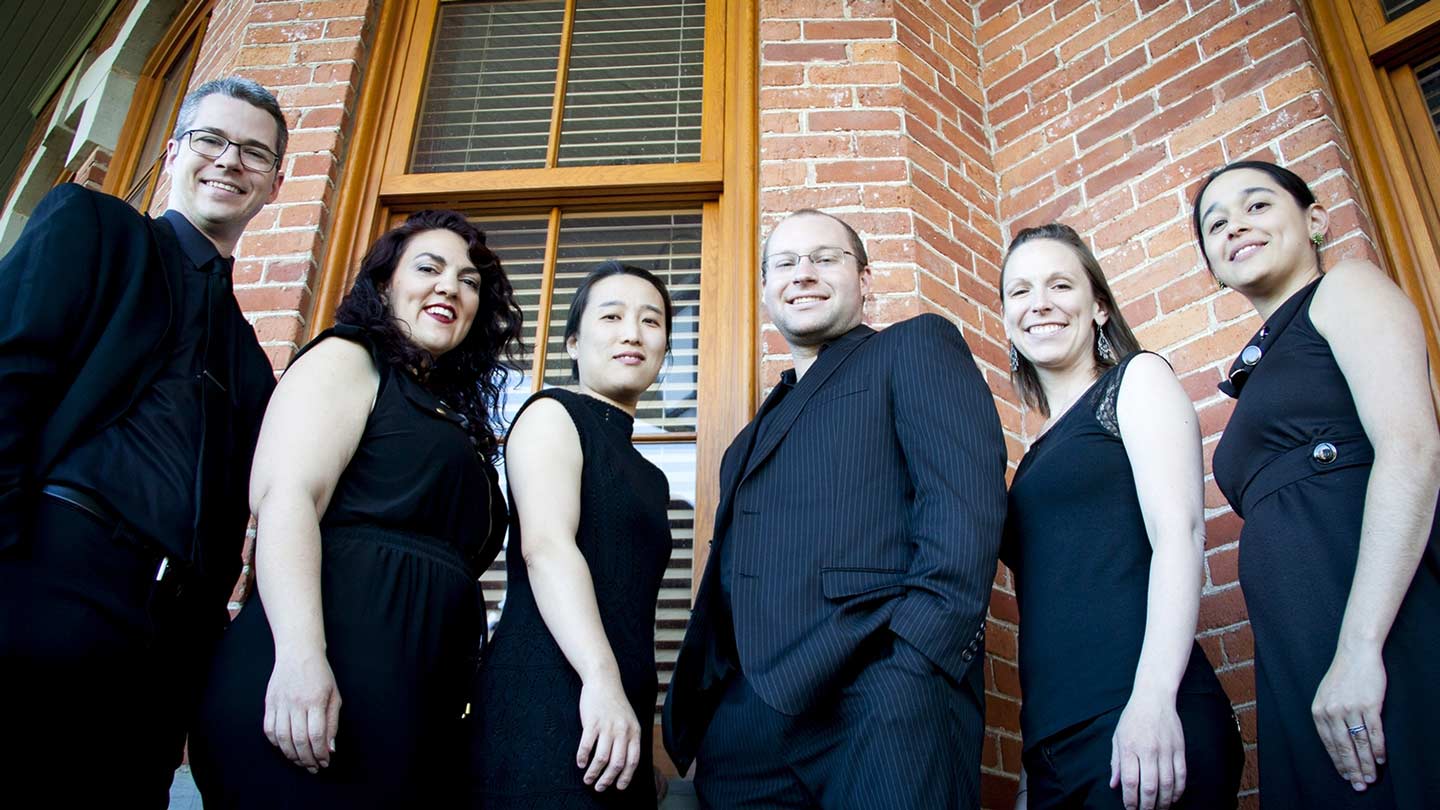 Much of Joshua Burel's music and research involves the work of underrepresented composers and social justice issues. An accomplished violinist, Burel is the recipient of several prestigious awards including the Theodore Presser Music Award for his project with Czech Composers and the Holocaust: Engaging History through Composition and Performance.

A new faculty member in The University of Alabama in Huntsville (UAH) Department of Music, Burel learned about the position at UAH through the College Music Society.

"I was already aware of the Huntsville music community specifically because of praise I had heard for the Huntsville Youth Orchestra, which has a growing reputation as a fine youth orchestra program," said Burel. "One of the most appealing aspects of UAH is the tremendous support for faculty research. My colleagues in music are particularly supportive of each other’s research and when I interviewed for the position they impressed me, not only because of the caring and respectful relationship they have with one another, but also because of their eagerness to support my research interests, too."

Burel was recently awarded a New Faculty Research award from UAH's Office of the Vice President for Research and Economic Development, for his project Grażyna Bacewicz: Analysis Showcasing Contributions of Female Composers.

As a violinist Burel has performed in Europe, Mexico, and the United States. He regularly performs with the award-winning music ensemble, What Is Noise. The group has performed at concert venues throughout the country including a performance at Carnegie Hall in 2014. The group will release its debut album in the spring of 2018.

What Is Noise began, Burel said, when he wrote a piece called Roanoke. "I needed a recording of this piece and gathered some friends to perform the work. We had so much fun that we decided to learn more repertoire and enter a highly-competitive contest that would allow us to perform at Carnegie Hall. Our proposal was accepted and we toured major universities as we headed up the east coast to New York."

The popular ensemble is a 501(c)(3) non-profit arts and education organization with a mission to build communities through music by connecting audiences with music.

What Is Noise will be performing in the UAH Constellation Concert Series in February. Burel said other tours this season by the ensemble include performances at the Irish Cultural Center in Boston and Berklee College of Music.

Burel's recent projects include a finished piece for solo oboe and tenor based on “The Argument” from William Blake’s The Marriage of Heaven and Hell. The work was requested by Galit Kaunitz and Jonathan Yarrington from The University of Southern Mississippi (USM) for their project related to music and William Blake’s poetry. The piece will be featured at USM later this spring and also at UAH in April.

"I am also working on a new piece for solo violin and narrator based on the children’s story “Rumpelstiltskin” from Grimms’ Fairy Tales. This project is with violinist, Megan Sahely who frequently gives educational outreach concerts for young students. Sahely is hoping to establish an even greater depth of repertoire dedicated to children’s literature and music." 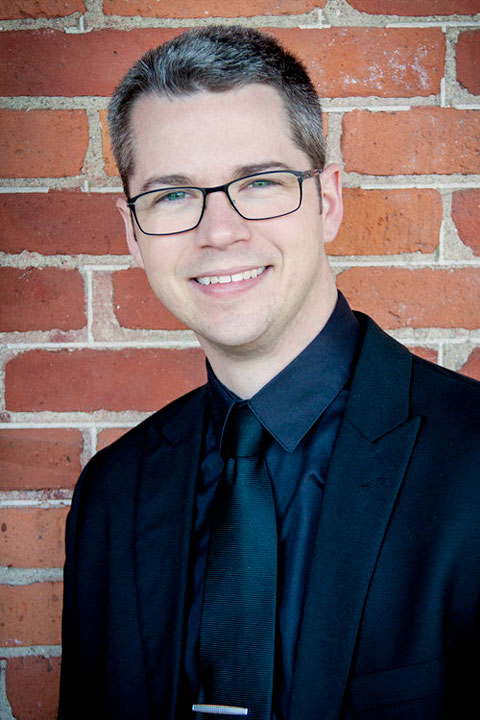 While Burel enjoys a successful career as a musician and college professor, the native of Holland, MI, didn't start playing the violin until he was nearly nine years old. "It is considered quite late for a string student. I studied privately with Ellen Rizner and Amanda Walvoord Dykhouse and performed with the school orchestra program at West Ottawa Public Schools with John Scholten and Gary Rizner, the Holland Area Youth Orchestra with Richard Piippo, and in chamber ensembles. I also studied piano, but did not enjoy it as much as the violin."

Burel attended music camps in the United States and won an audition enabling him to tour the US and Europe with the Blue Lake International Youth Orchestra at the age of 15. At age 18 Burel performed in Querétaro, Mexico as a member of the International Holland String Quartet and received a Goodwill Ambassador Award from the city of Holland, MI. He earned an undergraduate degree in Music Education and Violin Performance, and a graduate degree in Composition with a Music Theory cognate from Western Michigan University (WMU). Burel went on to complete a Doctor of Music (D.M.) degree in Music Theory and Composition from Florida State University (FSU).

He attributes his flourishing career to hard work and encouragement from many mentors, "who have greatly shaped who I am today."

"My violin teacher from WMU, Renata Artman Knific has had an enormous impact on me and continually went above and beyond to encourage my musical growth and training. She first introduced me to the music of Grażyna Bacewicz, and Knific along with Bruce and Susan Uchimura makeup the Merling Trio who have been together for over 30 years and have greatly impacted my passion for chamber music. My composition professor, C. Curtis-Smith was integral in discovering my talents in composition and starting my career as a composer.

Burel credits Ladislav Kubik from FSU for "developing my abilities as a composer." Kubik worked with Burel to mature his compositional style and output. "Kubik first introduced me to Erwin Schulhoff’s music and helped me develop my Holocaust research with Czech composers. Ellen Taaffe Zwilich continues to be very encouraging and supportive of my endeavors," he added. "I have also had excellent training in music theory and pedagogy that have greatly developed my teaching," he added. I continue to be wonderfully supported from amazing mentors including John Lychner from WMU; Matthew Shaftel, Dean of the College of Fine Arts at Ohio University; and Evan Jones, Jane Piper Clendinning, Joe Kraus, Nancy Rogers, and Michael Buchler at FSU. My violin teacher Ben Sung and his wonderful wife, Jihye from FSU both deserve my sincere thanks for their enormous investment of time into me as a young professional."

At UAH, Burel is responsible for music theory and aural skills (ear training) curriculum. "I teach courses that discuss how various musical elements combine to create a composition. I also teach students how to turn musical notation into sound and sound into musical notation. These fundamental skills help musicians learn music quickly and interpret it more effectively."

He offers priceless advice for high school students who are torn between a career in Science, Technology, Engineering and Mathematics (STEM)-related fields and the Liberal Arts: "At UAH it is very possible to do both."

Burel quickly noted the tuition system at the university, that allows students to take anywhere from 12-18 credit hours and pay the same price. "This means students can take more classes of interest without the added financial burden." The music core requires roughly 40 credits for a major and 23 credits for a minor allowing students time to engage in other fields of study in addition to being a music major or minor.

"The skills that science, mathematics, and engineering degrees desire in their students including skills in analytical and critical thinking, communication, presentation and performance, managing anxiety, time management, self-directed learning, focus, and work ethic are integral to the music profession," Burel said. He added further, that music, on its own merit, is valuable enough to study and engage with in our society.

"Music is omnipresent. Music allows us to deeply connect with our own humanity while engaging with complex social issues and dealing with complicated emotions. Music can be intellectual with complex organizational schemes and relationships between elements. Music is a universal language that people from almost every culture can relate to. Music can be divisive and used as a powerful weapon (the Nazis tortured prisoners in concentration camps with music). Music can be inspirational and bring communities of diverse people together providing hope. Music can be used to alter attitudes or moods creating sensations of nostalgia, excitement, or sympathy that lead to powerful marketing campaigns for businesses," he said.

Burel's future projects include working with the Judith Rosen Collection (famed music researcher and author) at Stanford University, and the Polish Music Center at The University of Southern California to work with the music of Grażyna Bacewicz, celebrated Polish composer and violinist.