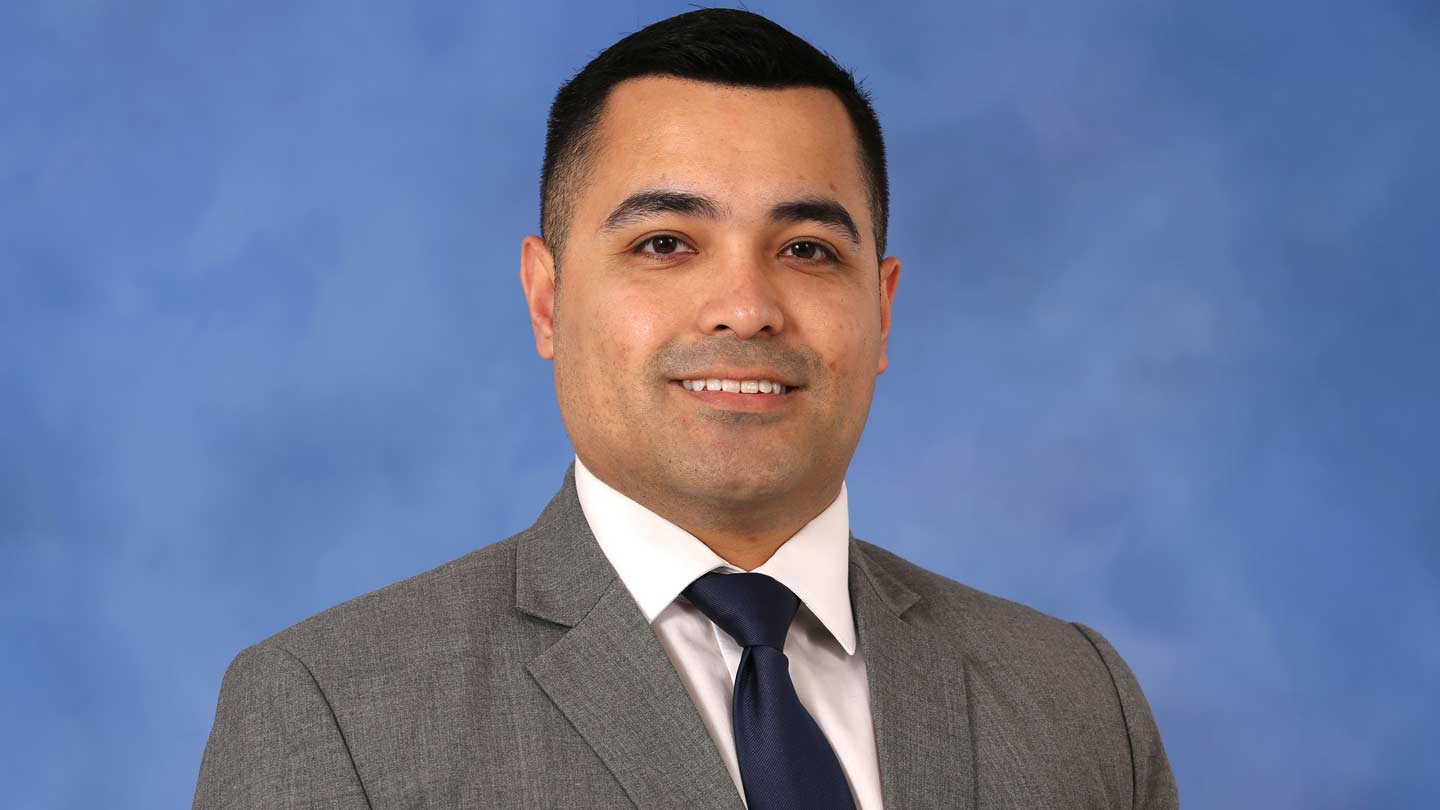 Hard work and networking are keys to success for UAH College of Business graduate Alex Campos.

He delayed his academic coursework in finance and opted instead to pursue "his first passion," naval aircraft mechanics. Campos joined the Navy in 2011 and became an Aviation Structural Mechanic. After his deployment in 2015 he transitioned from active duty into the reserves and decided to pursue a Bachelor's degree in Business with a concentration in Supply Chain Management.

During his time in active duty Campos spent a year on a temporary duty assignment working with the logistics department. "It was then that I experienced firsthand how the acquisition process works and how it ultimately ties in to delivery of required parts to the fleet to repair aircraft. I then attended a Lean Six Sigma course which further enhanced my interest in Supply Chain Management."

Campos performed other skilled aircraft tactical duties such as the inspection, maintenance and flight line operations at Helicopter Maritime Strike Squadron 73. "I transitioned a third time to the Airframes Work Center where we conducted organizational level maintenance inspections, troubleshooting, and repairing H-60R aircraft airframe and hydraulic systems. Ultimately, I ended up deploying to the Persian Gulf with Combat Element 2 onboard the USS Bunker Hill. The deployment lasted a total of 10 months and was in direct support of Operation Inherent Resolve." Operation Inherent Resolve is the operational name for the military intervention against the Islamic State of Iraq and Syria, including the military campaigns in both countries.

A native of Scottsboro, AL, Campos said UAH has done a great job of preparing him and other students in the College of Business to enter the workforce. "Attending the university has been a great experience for me. I have met some great people here and gained valuable knowledge from my professors."

Immediately after graduation Campos will go to work full-time for Boeing in the Business Skills Rotation Program (BSRP). He will be exposed to various business functions through a rotation program that offers in-depth assignments designed to build strong business skills. "The UAH College of Business has prepared me well for my job in the BSRP. The concepts I have learned have given me a great overview of how different business functions interact with each other.

"I have been a contracts intern since last May," said Campos. "In August of last year, I transitioned to the Ground-based Midcourse Defense Program and will continue my duties with the program upon my graduation. I will be in this role until the end of 2020 upon completion of my first rotation. I will then transition into another finance function."

"Alex is an outstanding and model employee with whom we've had the absolute pleasure of working with since he began his Boeing Internship in the Summer of 2018 and we look forward to his upcoming UAH graduation and him entering our Business Skills Rotation Program in May 2019," said Patricia "Pat" A. Eadon, Sr. Contracts Manager, Ground-based Midcourse Defense (GMD) Program. "He has become a valued member of the Boeing Huntsville Contracts Team; really learned the skills of a Contracts Professional very quickly; and is making an impressive value added contribution to the Company and all its Stakeholders," Eadon added.

One word sums up Campos advice for young people interested in a business or military-to-business career: network.

"There are endless opportunities out there and the best way to learn about these opportunities is to network with like-minded people," he said. "You never know someone's background or knowledge until you speak to them. I would also recommend for everyone to get a mentor or multiple mentors. Having a mentor allows you to bounce off ideas with another person and identify potential opportunities that you may not have otherwise thought or known about."

Campos is in the university’s Joint Undergraduate Master’s Program (JUMP) and is pursuing a Graduate Certificate in Federal Contracting and Procurement Management as well as an MBA. JUMP allows undergraduate students to study at the graduate level.

He also plans on spending more time with his wife and children.