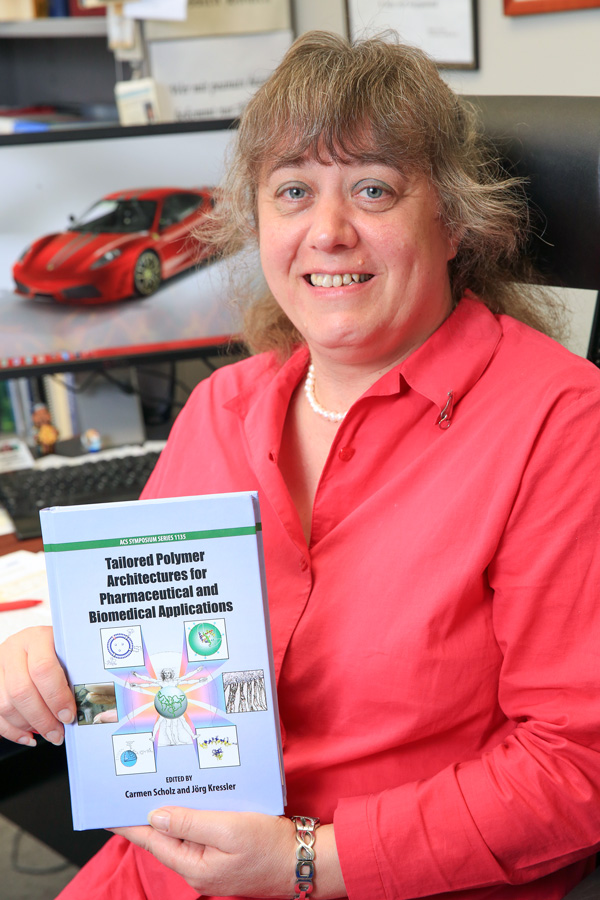 With co-editor Dr. Joerg Kressler, professor at Martin Luther University of Halle, Germany, Dr. Scholz outlined the book, picked the topics and chose the authors. Some authors presented their work at an ACS meeting in 2012. Others were chosen because their work fit the theme of the book. Dr. Scholz oversaw the publication timeline, the peer review process and the final book organization.

She agreed to co-edit the book as a tribute to a friend and colleague, Dr. Ray Ottenbrite, professor emeritus at Virginia Commonwealth University.

"Ray contributed an enormous body of work to the field of biopolymers. He is the founding father of the Biorelated Polymers Symposium that is held every other year at an ACS meeting," Dr. Scholz said. "I have helped him in the past few years to organize this symposium series, and I just finished organizing the next one, to be held in March in Dallas.

"Ray is not just a very successful scientist, he has also helped numerous young scientists and professors to find their way in the academic world," she said. "As editor-in-chief, he still takes care of the Journal of Bioactive and Compatible Polymers. This year, Ray was named as one of the 2013 ACS Fellows. An educator, a scientist and a wonderful human being."