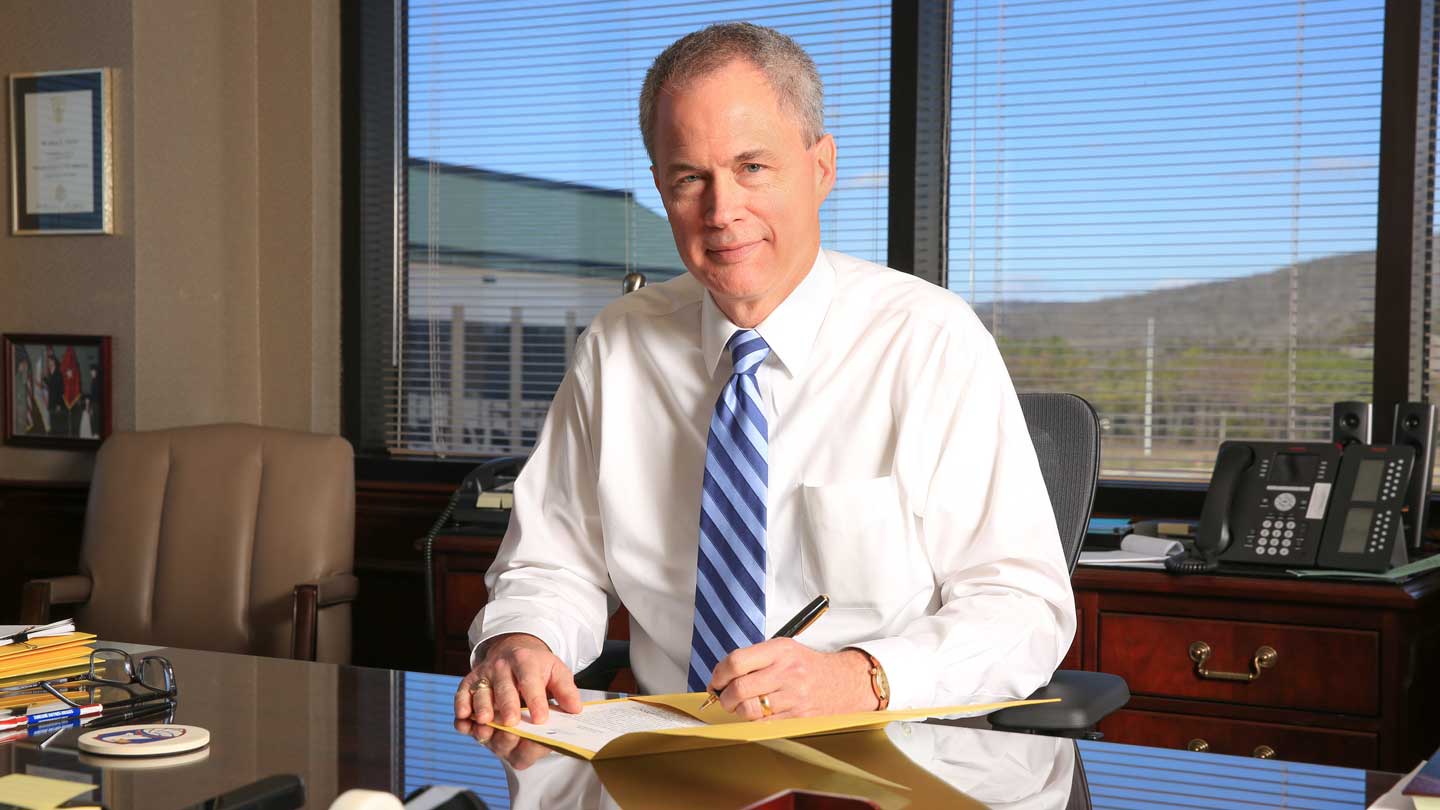 James B. Johnson Jr is one of only two three-star equivalent civilians on Redstone Arsenal.

As the senior civilian at U.S. Army Space and Missile Defense Command/Army Forces Strategic Command, James B. Johnson Jr., deputy to the commander, provides leadership for the command’s space and missile defense programs, acquisition, personnel and resource management. He is one of only two three-star equivalent civilians on Redstone Arsenal.

“I see my job as enabling the commanding general to focus on the operational aspects of the command. At the end of the day my priority is making sure the entire command is laser focused on taking care of our soldiers.”

“Earning two engineering degrees from UAH has opened so many doors for me over the years and helped prepare me to always be ready to take on more challenging assignments. I especially benefitted from and enjoyed learning about radar systems, simulation methods, the systems engineering process and engineering management.”

Johnson has maintained many collaborative relationships with UAH in the years since graduating. SMDC works closely with UAH research organizations such as the Center for Cybersecurity and Research and Education, the Research Institute and the Systems Management and Production Center.

“UAH does a great job staying in tune with the needs of Redstone Arsenal.”

Johnson began his government career with the Aviation and Missile Research, Development and Engineering Center located at Redstone Arsenal and served in engineering, test and program manager roles across the Dept. of Defense. He was selected for the Senior Executive Service in 2007. Johnson served as director of the SMDC Future Warfare Center before assuming his current position.