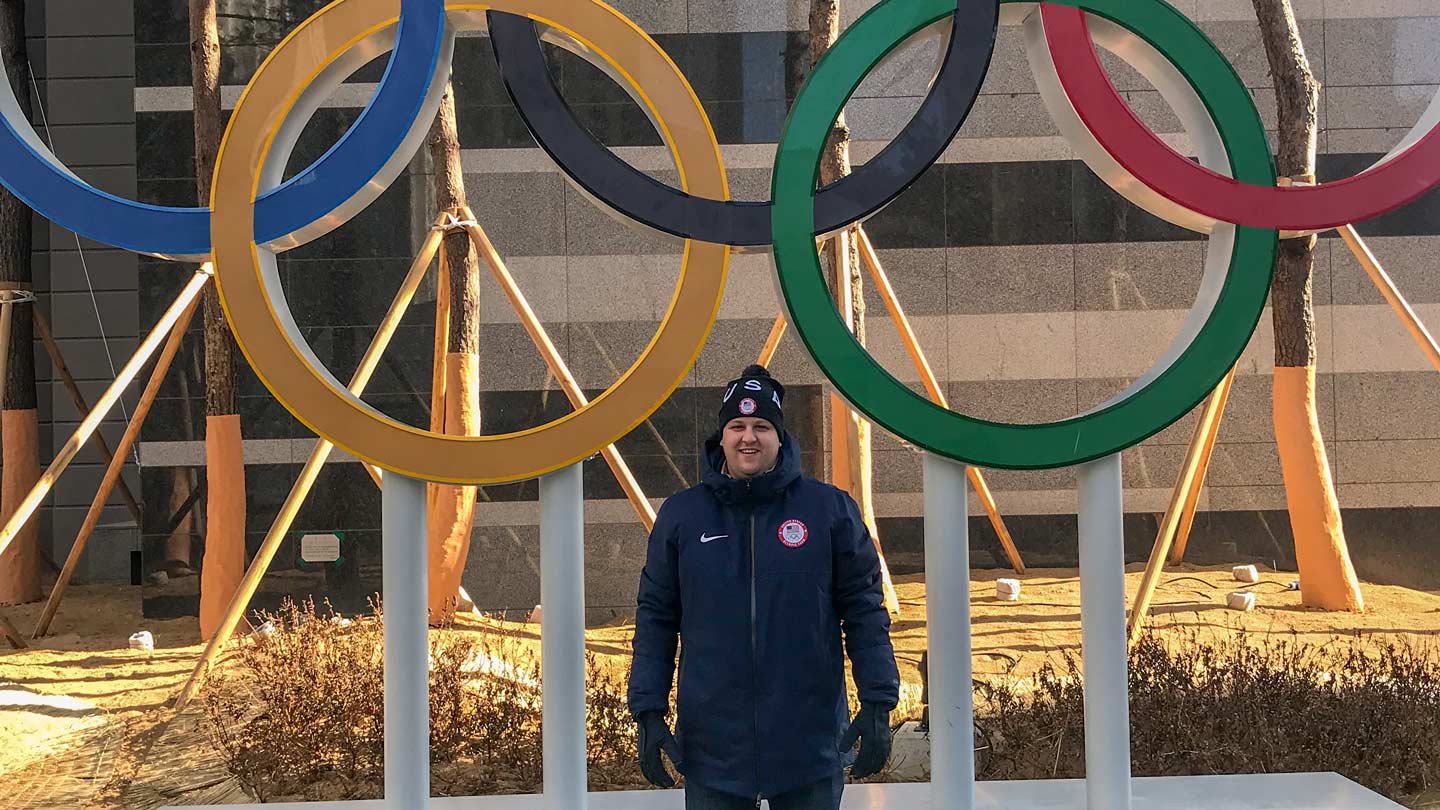 Nick Laurila is the video coordinator for the U.S. women's Olympic hockey team.

An alumnus and former director of hockey operations at The University of Alabama in Huntsville (UAH) is on the staff of the United States’ women’s hockey team at the Winter Olympics in Pyeongchang, South Korea.

Nick Laurila (Master of Business Administration, ’16) was director of hockey operations at UAH from 2013 to 2017 and received his MBA while working at the university. In 2017, he left for The Ohio State University.

"In May 2017, I left my position as the director of hockey operations at The Ohio State University to move into this role through the Olympics," Laurila says. "I am currently the video coordinator for the women's Olympic team. I am responsible for breaking down the game, as well as helping scout the opponents for upcoming games."

"We've been living in Tampa since August, where we've had our training," he says, and being at the Olympics has a special excitement all its own.

"I think being in the Olympic village has been awesome, and just going out in to the community here," says Laurila. "All of the locals are extremely excited to have the Olympics here and the hospitality has been top notch!"

He’s fortunate to be a part of such a great opportunity he says, and he credits UAH’s hockey coach.

"Without Coach Mike Corbett’s support while I was with UAH, I know this dream couldn't have been possible," Laurila says. "It's awesome to be part of such a proud tradition when it comes to UAH and the international competition."