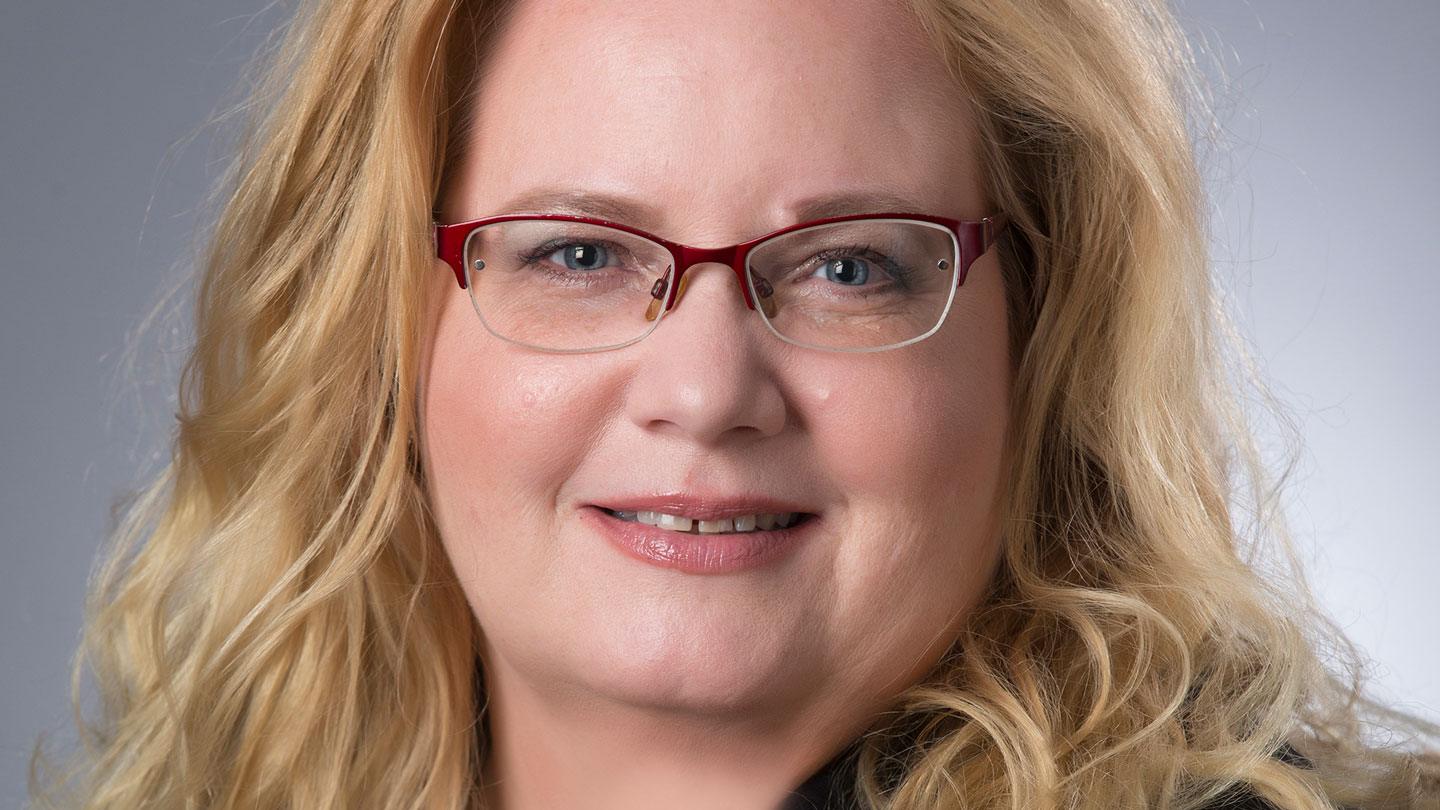 By the time she was six, Mary "Lisa" Williams Bates (’14, MSE, Operations Research), was so far ahead of other children her age that she mastered the multiplication times tables to 12, and was reading National Geographic and other science books.

Unfortunately, she was also suffering from a hurried childhood — growing up too fast, too soon.

A native of Alabaster, AL, as a child she was forced to endure a volatile home life. By the time Bates was entering her freshman year of high school she had moved nearly a dozen times. Her dad worked paper mill start-ups, which included a lot of travel for the family. Each time the family was uprooted the atmosphere at home became more unstable. "The year I was 15 I found a way to be independent. I took the American College Test (ACT) and scored in the top half of one percent in the nation which landed me a scholarship," said Bates.

She entered Northeast Mississippi Community College (NMCC) at 16. While earning her degree, Bates supplemented her income by working as head math tutor for the college, and she enrolled in as many mathematics classes as possible. Almost 19, Bates graduated from NMCC with an Associates degree in mathematics and was already married.

"By the time I was 21, I had three children of my own under the age of four, and custody of my 15-year old sister who had run away from home."

Bates was determined to get the troubled teen on the right track. She registered her sister for high school and with Bates’ guidance she soon graduated.

In a move no one could see coming, Bates kind of stumbled into a part-time line of work 25 years ago, that "still brings laughter and fun into her life to this day." When the clown Bates booked for her daughter’s birthday party didn’t show up she saved the event by becoming Jingles, the clown. After her daughter’s party Bates began "clowning" for $20 a party.

Since then, Jingles has made professional "appearances" at schools, festivals, birthday parties, magic shows, singing telegrams, and gospel clown skits.

Bates performs as Jingles for various charity events such as the Special Olympics, and makes balloon sculptures for nursing homes. "I have won special recognition at work twice for my clowning. I find it extremely funny, that here I am with a physics degree, I have attained national research recognition working as an engineer, and Jingles the clown still gets attention."

Bates’ grandfather helped to develop her early foundation in mathematics. She lived with her maternal grandparents for a brief time when she was a little girl. "My grandfather made up sheets and sheets of multiplication problems and I had to do them in three minutes. Then we started with algebra word problems that revolved around candy. Granddaddy and I ended up working through his entire college algebra book (published 1924), which included word problems over the next two years."

By the time Bates was 11 years old she and her 16-year-old baby sitter were taking pre-algebra classes together.

Several years later, when Bates entered The University of North Alabama, she settled on physics as a major, and decided her career would be based on the field of study. "That semester, I took a computer programming course and a physics course. I fell in love with physics. It was the perfect combination for me that included the mechanics of physics and math."

While earning her undergraduate degree Bates, who had suffered much during her young life, soon learned fate was not completely done with her yet.

Circumstances in her marriage caused Bates to take her children and separate from her husband. She eventually found employment at a local factory. While taking junior level physics courses (directed study group) and working 48 to 60 hours a week, Bates health deteriorated and she needed surgery.

Within two days of her medical procedure Bates left the hospital — getting out just in time to go to class. Out of everything else that had gone wrong Bates was blessed with a compassionate professor, who made sure she was never behind in her coursework. Bates’ health soon recovered and she started attending job fairs and applying for graduate research positions and internships.

"Have you ever heard of the saying a snowball’s chance…I have pretty much been given that chance many times in life, I try to look for positives in everything, lessons that can be used, ways to make lemonade out of the lemons. It is a good survival tool that has served me well," she said.

Bates eventually landed a job as a research assistant and was rewarded with the opportunity of joining in on an ongoing research project. She later presented her research related to the project at a conference of The Alabama Academy of Science and submitted papers for a meeting of The American Physical Society (APS).

Wanting more academically, Bates set her sights on graduate school. Her requirements for obtaining the degree were specific. "It had to be a degree I could get working full time, while traveling several weeks per year. And, the degree had to be highly technical and relevant to my job," she said. "UAH offered a Master's degree in Operations Research. It was online (distance learning), I could earn it with a bachelor's in physics and I could continue to work."

In 2010, Bates started her graduate studies in UAH’s Department of Industrial and Systems Engineering and Engineering Management. "My favorite classes, Reliability Engineering and System Safety, were taught by Dr. William Wessels. He also served as my advisor for a time. Dr. Wessels introduced me to the RAMS (Reliability, Availability, Maintainability and Safety) symposium. Once a year about 1,500 RAMS practitioners come from all over the world to places in the U.S. He encouraged my participation and I went to the symposium for the first time in 2011. That one opportunity led to so many more."

Bates earned her graduate degree in Operations Research from UAH in 2014 all while working full time and traveling several weeks a year. "This would not have been possible without the flexibility of distance learning and the graciousness of university staff and professors," she said.

She currently works at Raytheon Integrated Defense in Huntsville, AL, as a Senior Technical Consultant. Specifically, Bates works on an air and missile defense capabilities program, and her expertise is in Whole Life Engineering.

As she reflects on her time at UAH, one of Bates fondest university memories is the work and completion of her Master’s project. She developed a database to track the field configuration of a large military system. "This database gives us global situational awareness on a daily basis of equipment maintenance, upgrades and environment. It provides a more accurate view of the spare parts footprint. In addition, it provides the modification density of fielded equipment. Right now it saves about 30,000 man hours a year."

Bates said that her degree from UAH has helped lead her into a possible book deal about reliability standards that is being billed as a new approach in reliability science: a better use of standards for solving practical problems.

"Also, it was instrumental in my role as the chair of Electronic Components Industry Association’s D-1 Dependability Standards Committee, and other work on other major science committees such as the RAMS Symposia Management Committee, the Institute of Environmental Sciences ESTECH symposia co-chair, chair of the Raytheon Reliability, Maintainability, Sustainability and Safety co-chair for the Raytheon System Engineering and Architecture Technology Network facilitator … I could go on," said Bates.

The advice she offers young women interested in Science, Technology, Engineering and Mathematics (STEM) careers is to not be afraid. "Just go for it. Be flexible when life throws curve balls. Be committed, open to volunteering to help with technology interest groups, symposia, and professional societies. Getting involved in all these activities will provide great opportunities and you can make better, understood goal choices. And, of course, live like you have nothing to lose."