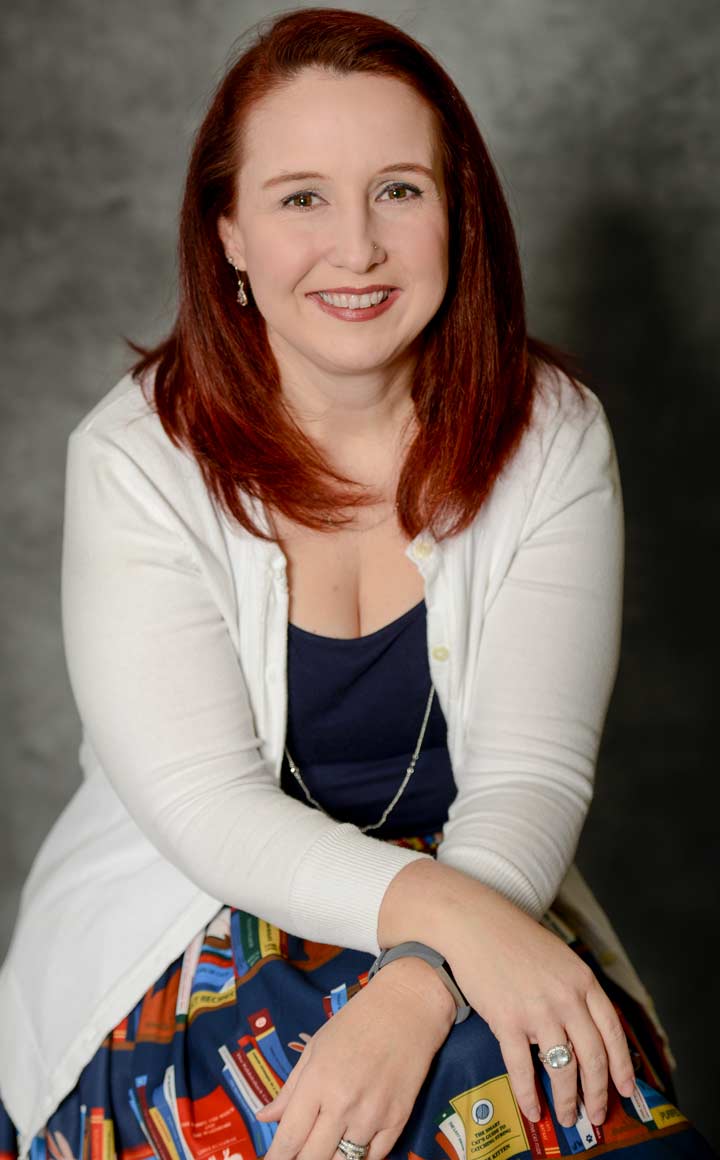 UAH alumna Jennifer S. Kelly (’02, MA, English) is the author of the new book "Sir Barton and the Making of the First Triple Crown Winner."

Jennifer S. Kelly (’02, MA, English) joined her childhood love of writing stories and the sport of horse racing to pen the book Sir Barton and the Making of the First Triple Crown Winner.

For Kelly, an alumna of The University of Alabama in Huntsville (UAH), the driving force behind her writing the book is the century mark of Sir Barton’s three record-setting races distinguishing the chestnut stallion as the first Triple Crown Winner of Thoroughbred Racing.

"I’ve loved the sport of horse racing since I was a child, so I knew who the winners of the Triple Crown were," said Kelly. "A number of books on the Triple Crown exist, with a chapter on the winners, and you can find books on several of them, especially Secretariat. However, I knew the 100th anniversary of the first Triple Crown was approaching and that no book on Sir Barton existed."

Because the coveted title is the Coup de grâce to horse owners, trainers, jockeys, and breeders, Kelly wanted to tell the story of the first Triple Crown winner and his life so that others would know more about how these three races became so important to this sport.

Kelly’s infatuation with the chestnut thoroughbred began in 2013 while teaching Freshman Composition and Business and Technical Writing at UAH.

"It quickly became clear that this project needed a full-time commitment. I took up writing full-time in the fall of 2014 and submitted the manuscript in March 2018," she said. "I finished the remaining tasks of creating the index and revising the book for publication in December 2018. By the time the book comes out this spring, the project from start to finish will have taken just under six years."

Kelly’s research on the thoroughbred horse took her to Lexington, KY, and the world-famous Keeneland Library several times over the years. "I did the majority of the research remotely using online archives and borrowing books from the interlibrary loan as well as making contact through social media and other means with descendants of those involved with Sir Barton as well as persons and organizations with the information I needed. Thank goodness for the internet."

Kelly discovered many interesting facts about Sir Barton during her research. "One of the fun parts of writing a book like this is that you learn how much the story of an event or a historical figure changes over time and how easy it is for wrong information to be introduced into that story. I always suspected that Sir Barton was not as big of a grouch as he was portrayed in the books I read on the Triple Crown and I think my research yielded enough perspectives on the horse to show that he might have been a horse who was less of a pet than some and more inclined to test the humans around him than other thoroughbreds might." 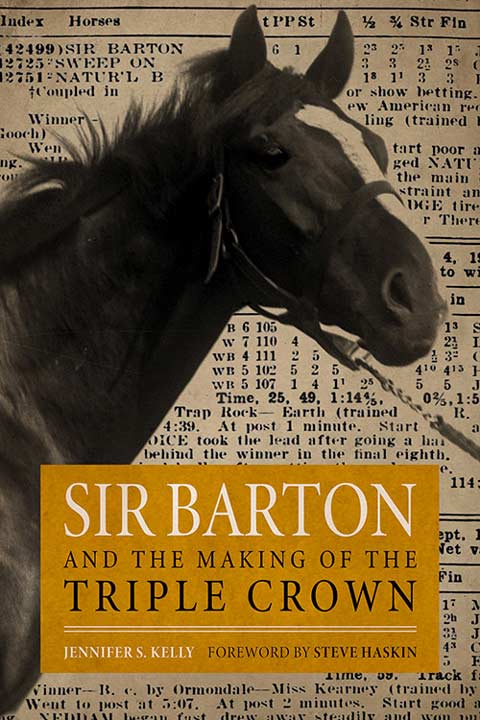 She wrote her first book at age 12, "spending as much time as possible buried in books." In high school, Kelly aspired to become a journalist, but fell in love with studying literature at the same time; "I knew whatever I ultimately would do as a career would involve writing and literature in some way."

Kelly chose to attend UAH for graduate school for a variety of reasons, including the excellent faculty and the affordable tuition.

As an undergraduate, she decided to focus on teaching writing at the college level. In addition, Kelly took a variety of literature courses, especially to check critically and closely many different genres and texts and to craft papers that argued for interesting perspectives on those works.

"My time as a technical communication student at UAH gave me that last tool I needed for success as a writer: the ability to look at your writing as a product of you rather than as a statement about you," she said. "I learned how to look critically at what I wrote and how it accomplished my goals, building on what I had already learned from my literature classes and then taking it to another level because I was looking at writing from a practical perspective. After graduation, the transition from student to instructor was smoother because I was able to teach in the department I had learned so much from," Kelly added.

Besides publishing a new book, Kelly is also a contributing writer for the hugely popular parenting website rocketcitymom.com. Her articles focus on parenting special needs children. "My oldest son has autism and ADHD diagnoses so my husband and I spent a great deal of time learning about autism and its challenges and figuring out the best way to get him the interventions and therapies he needed, interventions that would give him the best chance to build on his potential. I hope that those posts have helped other parents know what to do if they feel their children need help with any kind of challenge or delay."

Her list of promotional events includes the Southern Kentucky Book Festival in Bowling Green, KY, on April 27, the Kentucky Derby Museum’s Fan Fest on April 28, and the Keeneland Library Lecture Series on May 14, in Lexington, KY. She also has at least one Huntsville-area event set for May 1, at Huntsville Horse Sports.

Not letting any grass grow underfoot, Kelly is already hard at work on her next project. "I’ll be staying in the same area of focus, the Triple Crown and its history. After that, I have a long list of other projects that I hope to work on over the course of this new career."