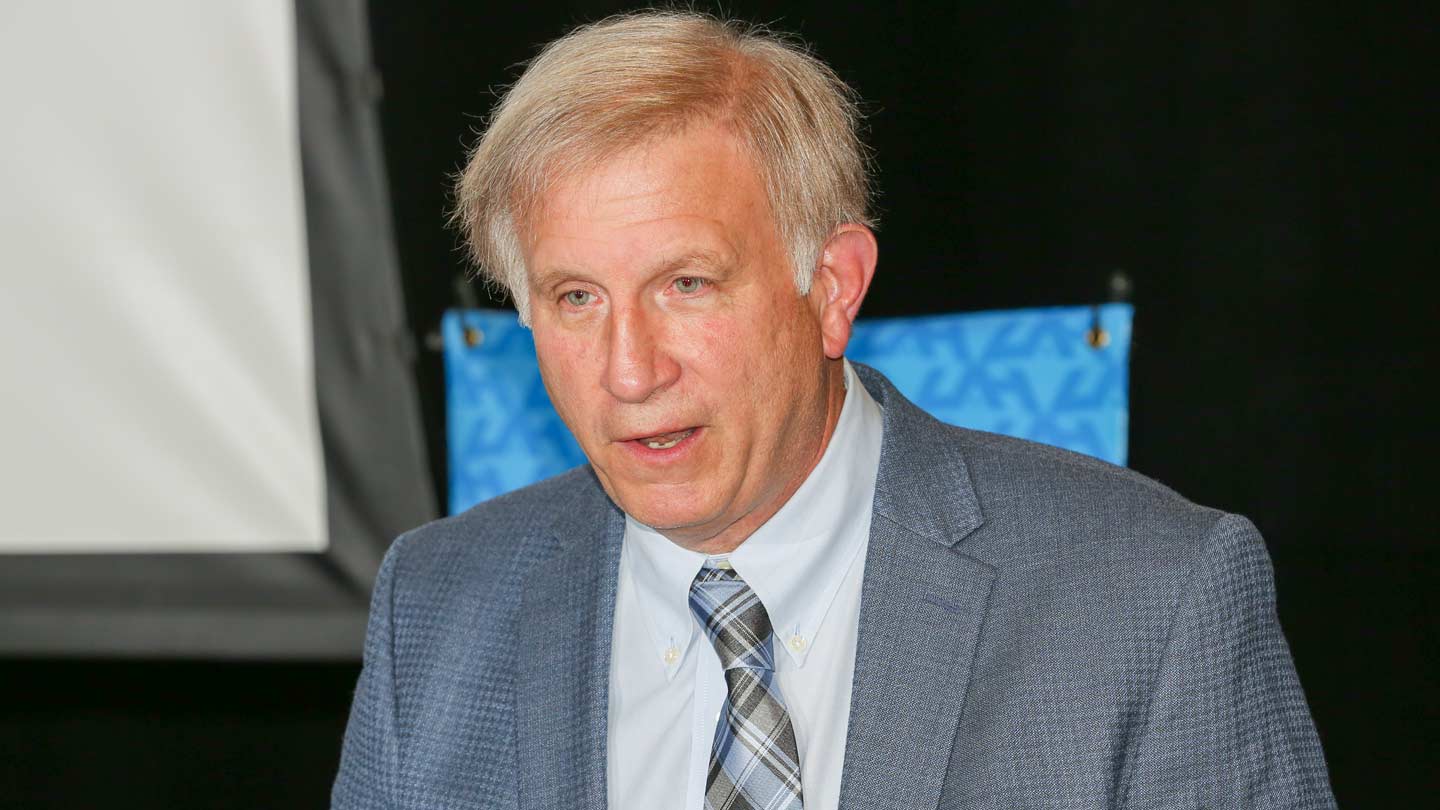 The University of Alabama in Huntsville's (UAH) Propulsion Research Center's (PRC) international reputation and convenience were the main reasons alumnus William Emrich (PhD ME, '03) applied to the PhD program in Mechanical and Aerospace Engineering.

Emrich's research was greatly influenced by the late Dr. Clark W. Hawk, who founded the PRC in 1991. "His review of my dissertation along with many other discussions we had over the years was always thoughtful and wise," said Emrich. "Dr. Hawk never let me get away with saying or writing something in a manner which was unclear or obtuse. I definitely benefitted greatly from his advice during my PhD studies and he is sorely missed."

A nationally recognized leader and instructor in the field of Nuclear Thermal Rocket (NTR) Propulsion, Emrich is a Project Manager and Lead Investigator for the Megawatt-Class Nuclear Thermal Rocket Element Environment Simulator for NASA's Marshall Space Flight Center. He also teaches Fission Propulsion in the UAH Department of Mechanical and Aerospace Engineering.

In July 2015, The American Institute of Aeronautics and Astronautics (AIAA) formally recognized Emrich with the "Engineer of the Year Award." In addition, Mayor Tommy Battle and the City of Huntsville also recognized Emrich's technical leadership and achievements with a declaration of July 27, 2015, as Dr. William Emrich Day in recognition of being named 2015 Engineer of the Year by AIAA.

He shares his experience and enthusiasm with UAH students by teaching an advanced propulsion class, and recently authored a text book, Principles of Nuclear Rocket Propulsion (Elsevier Publishers 2016) for the next generation of engineers and scientists around the world. And, for the past year, Emrich has contributed to monthly mentoring lunches hosted by the UAH Propulsion Center.

Dr. Emrich is the author of numerous publications in refereed journals including shared authorship with his professor and mentor, Dr. Clark W. Hawk, entitled "Magnetohydrodynamic Instabilities in a Simple Gasdynamic Mirror Propulsion System," published in the Journal of Propulsion and Power (June 2001). For the past year, Emrich has contributed to monthly mentoring lunches hosted by the UAH Propulsion Center.

An elder and leader at Westminster Presbyterian Church, Emrich oversees events designed to enrich relationships among families, and arranges visitation to provide support for those who are sick. He is also on Westminster's Oversight Board.

"It is definitely a great honor and privilege to receive this award," Emrich said. "Many people along the way have had a hand in helping me get to this point. Other students and faculty have enriched my knowledge of engineering and have sparked ideas. My wife and family have been loving and supportive and have given generously of time which I might otherwise have spent with them. There have also been many other people who in small ways and large have contributed to my professional development. To all of them I owe a debt of gratitude which I can never fully repay but to whom I readily dedicate this award."