Sundar A. Christopher named dean of the College of Science 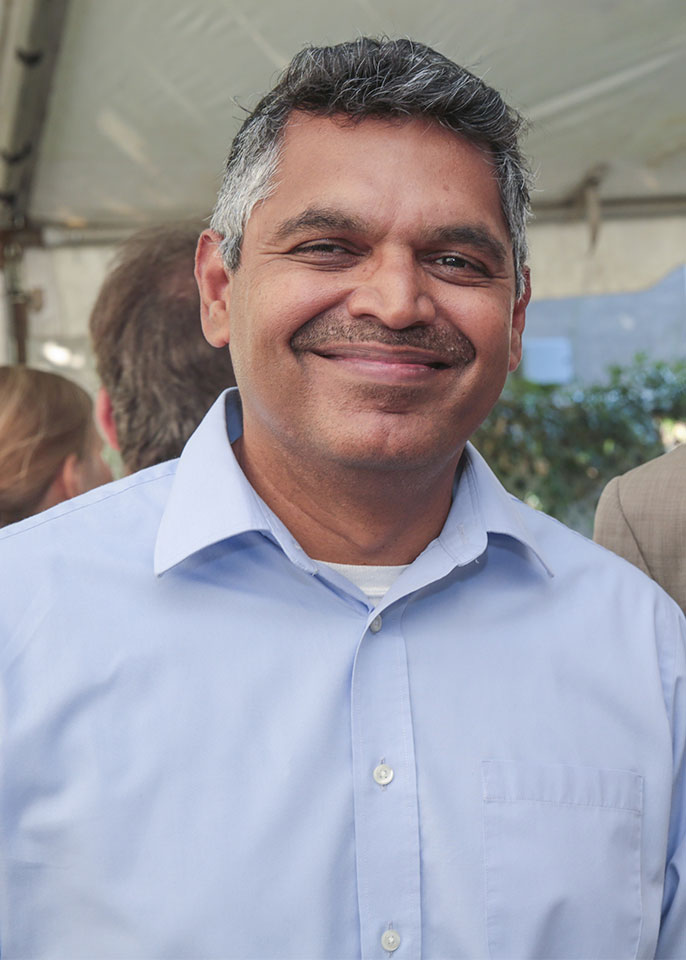 HUNTSVILLE, Ala. (May 26, 2014) – Sundar A. Christopher has been appointed dean of The University of Alabama in Huntsville (UAH) College of Science. His new duties will begin June 1.

"Dr. Christopher has numerous distinctions and achievements and brings a wealth of experience in leadership and administration, research, scholarship, and teaching," said Dr. Christine W. Curtis, provost and executive vice president for Academic Affairs. "Please join me in welcoming Dr. Christopher to his new role here at UAH."

Christopher currently serves as professor and chairman of the Department of Atmospheric Science in the College of Science. Additionally, he directs the Institute of Remote Sensing Applications, and is associate director of the Earth System Science Center at UAH.

"I am excited to be appointed as Dean of the College of Science. I look forward to serving in this leadership role and working with our excellent faculty and students at UAH. I am committed to providing an integrated research and education experience for our students as well as building vibrant relationships with industry partners," said Dr. Sundar A. Christopher, professor and chairman of the Department of Atmospheric Science.

His research interests include satellite remote sensing of clouds and aerosols and their impact on air quality, environment, health, and global and regional climate. He works with numerous satellite data sets from polar orbiting and geostationary satellites, ground-based instruments, and aircraft data to study the earth-atmosphere system. He has published more than 100 peer-reviewed papers in national and international journals including several review papers related to aerosols, air quality and the climate impacts of aerosols.

Christopher has won several million dollars in grants and contracts from NASA, NOAA, and other federal agencies for studying earth-atmosphere processes. He earned a B.E. in mechanical engineering from Madras University, India, an M.S. in meteorology from The South Dakota School of Mines and Technology, an M.A. in industrial organizational psychology from the University of Alabama in Huntsville and a Ph.D. in atmospheric science from Colorado State University.