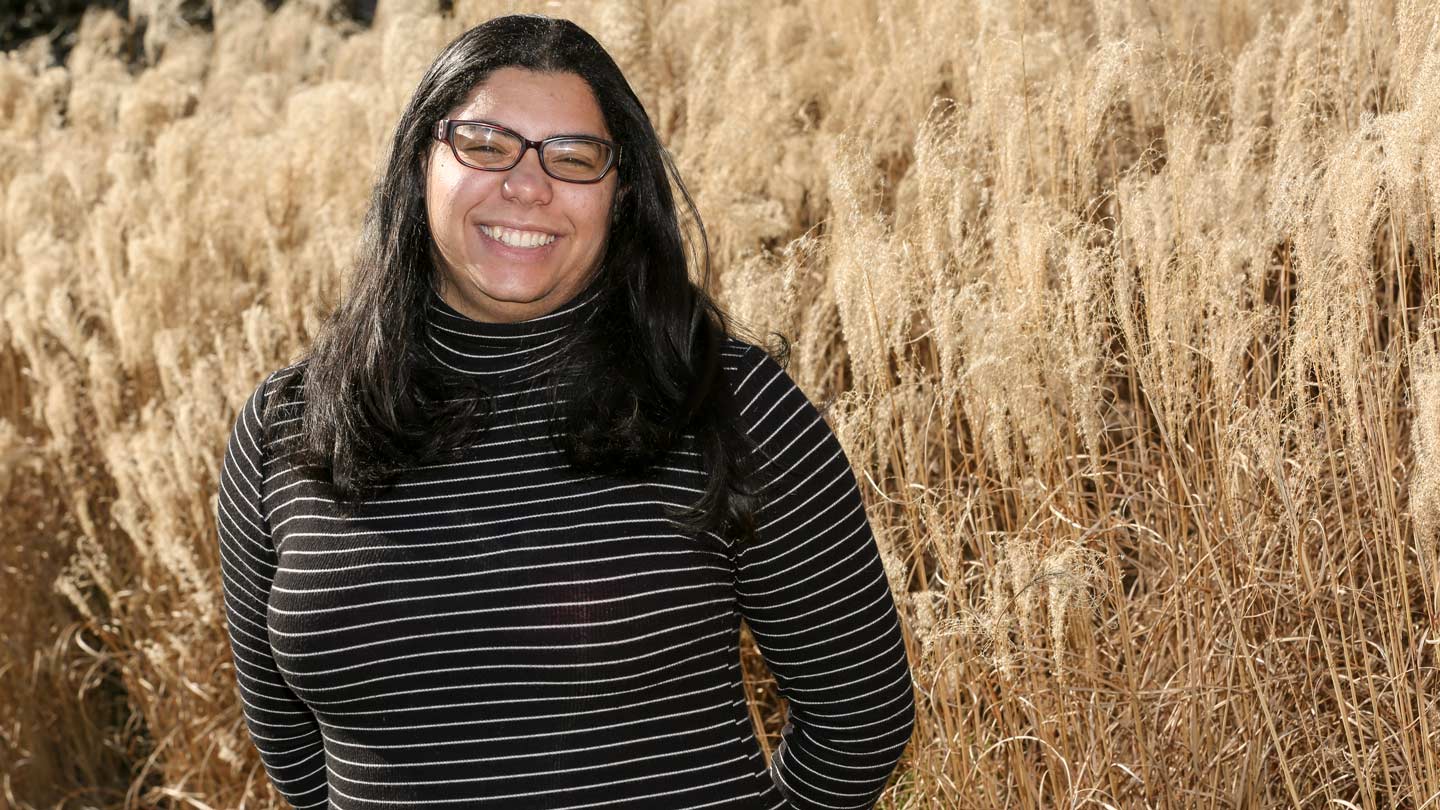 Given its reputation as "part Comic-Con and part academic conference," Pioneer Con proved the perfect venue for Melissa Guerrero to share her research comparing medieval Robin Hood texts to the popular Japanese role-playing video game Persona 5. "It’s like a ‘nerd’ conference, so it’s less formal than your typical academic conference," laughs Guerrero, who will graduate from The University of Alabama in Huntsville (UAH) with her master’s degree in English this spring. "It fits within my realm of interest."

Held at Jefferson State Community College and sponsored by the college’s chapter of Sigma Kappa Delta English Honor Society, Pioneer Con is an annual daylong event that gives "students, faculty, and members of the community a chance to release their inner geek." This year’s program featured a keynote address from novelist and poet Phoebe North, author of "Starglass" and "Starbreak," as well student- and faculty-led sessions, face painting, cosplay, and two Dungeons & Dragons mini-campaigns.

Guerrero, who also earned her bachelor’s degree in English from UAH, has long been a fan of video games. "I grew up with them," she says. "So when I saw the opportunity to combine what I’m studying in literature with video games, I jumped at it." Though she had already been a recreational player of Persona 5, she decided to make it the focus of her capstone research project for a variety of reasons. "The characters are relatable, the game play is fun, and story lines are really unique and incredible," she explains. 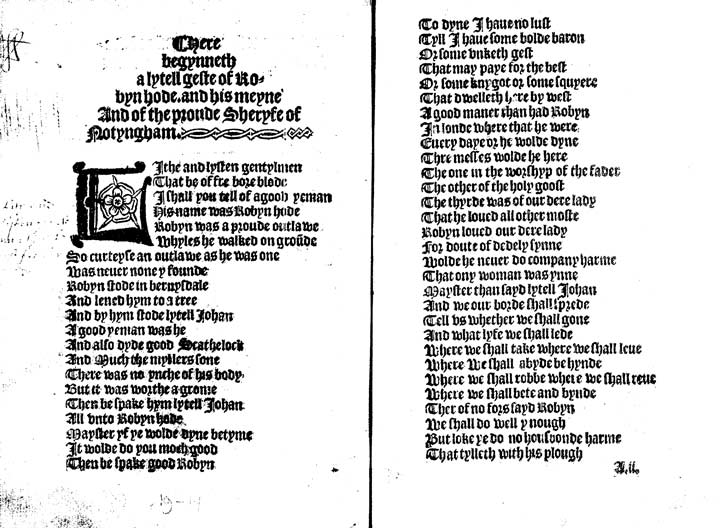 A page from "A Gest of Robyn Hode," one of the oldest tales of the famous outlaw, which dates back to 1506.

Set in modern-day Tokyo, the game centers on a falsely accused student named "Joker" who uses his newly discovered super powers to fight evil as part of a band of vigilantes known as the Phantom Thieves of Hearts. "All the characters are teenagers and have been harmed in some way by a figure of authority," says Guerrero. "Ultimately what you’re trying to do is stand against these oppressive authority figures and reform society."

It wasn’t until Guerrero took Dr. Joseph Taylor’s medieval literature seminar, however, that the parallels between Persona’s theme and that of medieval Robin Hood texts began to reveal themselves. "The game’s critique of law and justice reflects Robin Hood’s critique," she says. "So even though the game is set in a post-medieval society, it still has those same ideas of justice and law and reformation that were around in the 14th and 15th centuries."

It also means that the characters in the game are, by default, on the wrong side of the law. But like Robin Hood, says Guerrero, they’re seen not as villains but as heroes acting on behalf of the common man. "They’re someone society roots for, because they will always fight for those who are oppressed," she says. "So we look up to them in that sense – if they can fight against oppression, then we can too."

That "challenge to legal authority and that authority’s distortion into tyranny," explains Dr. Taylor, is what gives the outlaw narrative its enduring appeal. "Medievalism is vibrant in popular culture today, as evidenced by the success of television series such as ‘Game of Thrones’ and ‘Vikings’, to take but two examples," he says. "In her work, Melissa illustrates the resonance of not only the outlaw narrative but also medieval legal theory and forms of resistance in the modern world. Her project specifically analyzes how 15th century ballads like ‘Robin Hood and Guy of Gisborne’ and ‘A Gest of Robin Hood’ inform and influence Persona 5’s narrative and game-play scenarios."

But more than just wanting to show the similarities between two media separated by millennia, Guerrero is hoping her research will stimulate a discussion about the role that video games can play in education. "A lot of people think video games are immature and childish, but they’re a new form of storytelling in this modern era and a means to make people better," she says. "Narratives can change a person, and that person who is changed can change the world."